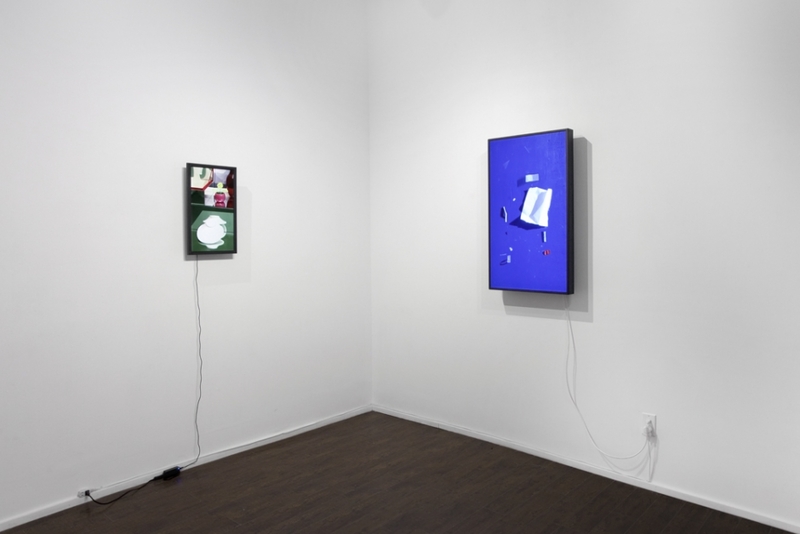 Sifting through the biographical information sent to me by the gallery regarding the small (two works total) solo show by Canadian, Los Angeles-based artist Owen Kydd at Cooper Cole, I am unable to find a single page or press snippet that does not contain the information that Kydd studied under and worked for Jeff Wall. If one did not know Kydd's work, or the context in which the information was made available to me, it would be easy to mistake much of this written material as part of a project describing the influence and importance of Wall himself. From what I was supplied, this much is clear: Kydd studied with and worked for Wall.

He also studied under Stan Douglas.

And then he moved to California and studied under Catherine Opie and James Welling.

I am naturally suspicious when artists, their galleries, or admirers feel the need to mention whom they studied under. Whether in a press release, an interview, or a cocktail party, namedropping still seems to serve the same function: validation by association.

Having lived in Vancouver for ten years myself, I have become used to Wall and his function as homage/explication/tribute/influence/grandmaster/sui generis catch all. However, in Toronto, Wall does not retain the same baroque air of overlord, or his center-of-the-universe status.

In Kydd’s case, I would have just liked to see the work. But in typical Vancouver fashion, the work is offered through the multiform filters and justifications that begin with Wall, traveling through fashionable sound bites like “durational photography,” the still apparently real “photo conceptualism,” and of course the eventual return to Wall. If you do not enjoy this work—if you do not get why it should make you happy—it is really just because you do not appreciate the carpet of approval laid down by Wall and his myriad acolytes, students, and admirers. 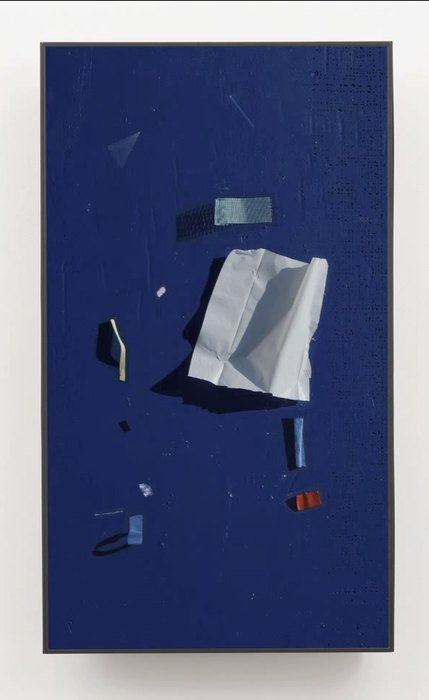 Ordinarily I would not be mentioning another artist so often in a review, but ordinarily other artists are not mentioned as unrelentingly in the support material for an exhibition as they are for this one.

The exhibition is this: two wall mounted monitors with cords that fall elegantly to the floor and plug into a socket near by. This was the work I had seen many years ago in Vancouver, and was interested in at the time. Kydd makes videos that look like photographs. Kydd makes photographs that look like videos. A camera is fixed on a still life: a vantage point, a storefront, a bird, an assemblage of objects. At first glance, the items appear to be the subjects of photographs mounted in lightboxes (Jeff Wall). However, if you look longer than the few seconds viewers may typically afford an artwork, you will see things start to move. Slight shadows are cast, a bird ruffles its feathers, the breeze moves an object. The work is interesting because photography is a problem now. Though it is also possible that this work signals that it is all over for photography—that the medium has been solved, wrapped up, perfectly started, and finished by other artists such as William Eggleston, Nan Goldin, and Lee Friedlander. It is very difficult to exhibit a photograph in 2014 and offer viewers anything new. This work almost succeeds in that.

The term durational photography is in fact a very apt description of what Kydd's work may be. But it is also a two-word neologism that is basically devoid of meaning, and could describe nearly anything related to a camera. To hold a camera in your hand with your finger hovering above the shutter, waiting for a moment worth capturing, is also durational, and also photography, and so also durational photography. One piece, entitled West Jefferson Wall, looks like an abstract painting from a distance. It is a collection of ephemera—paper, white, light blue, one red piece of something, on an Yves Klein Blue colored background. When watching the piece, little scraps of composition move. The second work features a hand, and the reflection of the same hand, perhaps in a store window, which includes one of those cheap Chinatown plastic flowers, with its happy eyes that rocks back and forth.

But I get it, they look like photos. They are not. But perhaps they can just as easily be classified as videos where not much happens, with no panning or jump cuts. Though the work begs the question: does a distinction between the two mediums really matter at all? 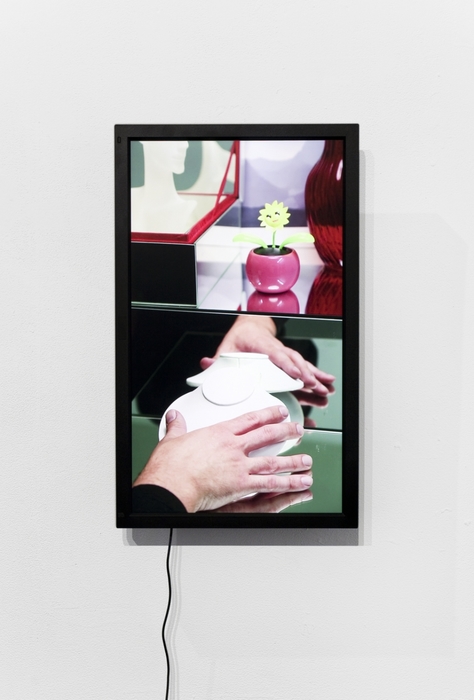 The draw of the work in this exhibition is also the weakness of the work. These photograph/videos contain a schtick. Many good artists have a schtick. A schtick is a thing to work with and expand on. And as far as schticks go, this is an interesting one that Kydd has carved out for himself, and which no one else is doing. That alone in 2014 is interesting, though I left this exhibition feeling somewhat disappointed that after more than a few years into making work like this, the schtick had not become more complex, more interesting, more confusing, or strange. This is a nice pleasant show of photographs that look like videos, or videos that look like photographs, but it does not extend very far beyond that tenet.