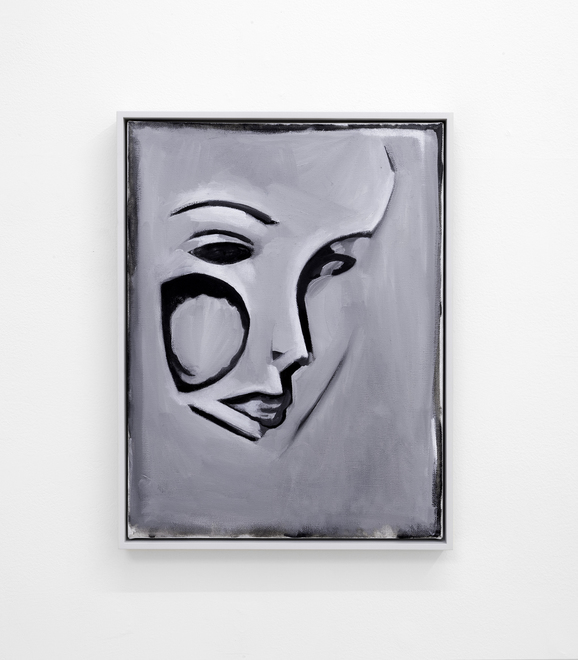 Katie Lyle's first solo show at Erin Stump Projects is both promising and relieving. They are paintings that will make your eyes and brain feel satisfied, as well as happy to see something, albeit traditional, that has been suspiciously absent from much contemporary painting: small-scale portraits.

In a debut solo exhibition you typically are aware of which artists the artist likes. Of the seven paintings in this show, one nods fairly directly to Picasso (something a painter is almost required to do at least once), while another, The Writer and the Reader, does so but in a way that is more experimental than tributary. Big Mermaid registers as Modiglianiesque, which, if you're going to pastiche elements from the past, is an interesting choice. Any derivativeness in these two works is quickly countered and dismissed by the painting Aquarius that resembles Patrick Nagel pulled apart from his necrotic lines and blocks of color. The contrast creates a confusion that allays any concern about quotation or a lack of imagination. 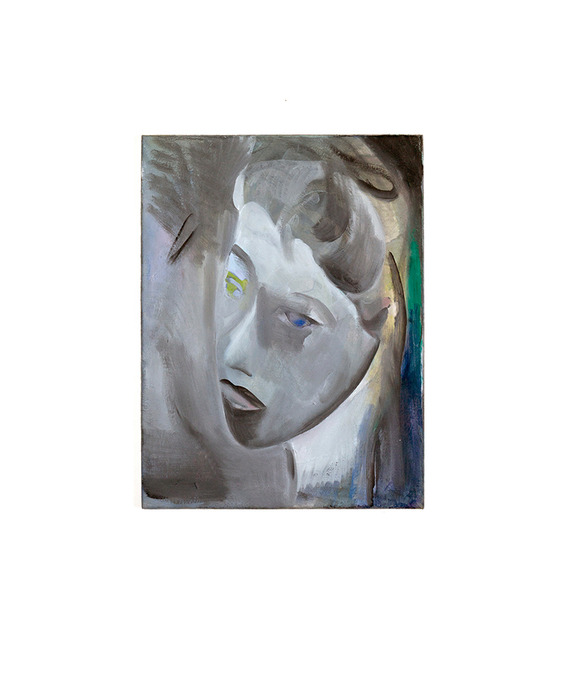 Each work is small, 12 x 16 inches, and comprised mostly of grey with a few pastel flourishes. Lyle is adept with faint interruptions of color that are surprisingly capable of causing small, pale paintings to get your attention from across the room.

The relief in seeing these works is their aloof disenchantment with almost everything related to contemporary painting. To make portraits, to work at genre painting in 2014 is almost revolutionary at a time when most of everything looks the same and is done needlessly large. I would imagine most artists offered their first exhibition would want to make a strong impression, go big, go familiar. That Lyle does neither, but instead works at smallness and interiority is interesting by default. That the paintings seem so surprisingly new and attractive is an indication of someone more interested in what painting can do, than what painting can do for them. 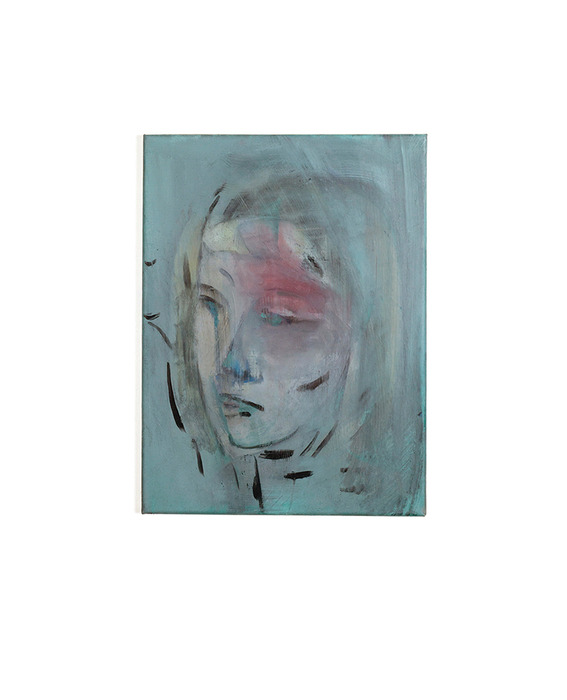 These aren't paintings that will change the world, but they're certainly paintings that aren't adding more stultifying sameness to the cluttered visual landscape that has come to dominate contemporary painting. Right now, the absence of harm and mediocrity is so needed, and is so inherently valuable, that whether or not the paintings are mind-blowing, they're certainly useful, needed, and refreshing. In a debut show, they are a sign of an interesting, sincere, and humble artist focused on making one good thing at a time. It's an auspicious start and something that offers a respite against a suffocating field of mediocrity and half-heartedness.