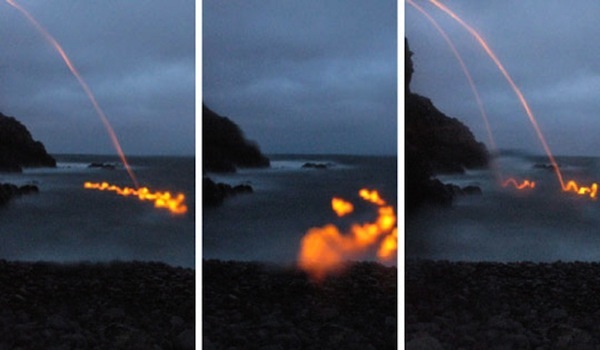 Canada’s presence at the 2013 Venice Biennale will be exceptionally varied and broad, this year. In addition to the country’s official representative, Shary Boyle, and the unofficial but highly anticipated performances and “processes” of recent Sobey Art Award winner and Quebecois artist Raphaëlle de Groot, two more artists were added to the fold yesterday. For the first time, two Newfoundland artists have been invited to participate in the biennial. Will Gill (of St. John’s) and Peter Wilkins (of Clarke’s Beach) have been accepted to join the legions of juried artists on the canals.

Gill and Wilkins are developing a collaborative installation of new work, titled “About Turn,” to be presented within a prominent gallery on Venice’s historic Grand Canal. The project is being developed and realized by the Terra Nova Art Foundation (TNAF), a registered not-for-profit organization dedicated to sharing Newfoundland and Labrador’s visual culture on the international stage. Composed of academics, arts patrons, and representatives from various East Coast businesses, TNAF released a statement Wednesday, saying it’s “thrilled to have its vision endorsed by Venice Biennale curators in its initial venture; the first in an ongoing, multi-year plan to present other Newfoundland and Labrador artists at future international venues.”

Posted by Abhilasha Singh on 2/26/13
Tags: venice biennale, international, canada
ArtSlant has shutdown. The website is currently running in a view-only mode to allow archiving of the content.