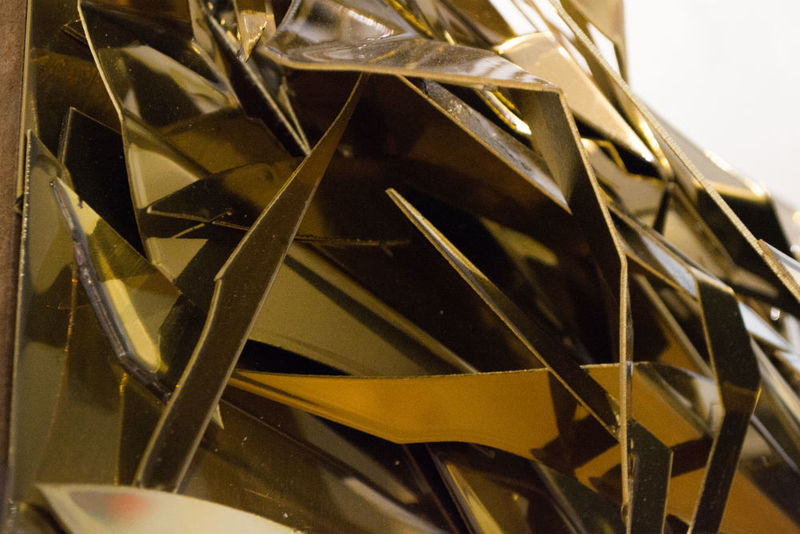 A Major Minority: Widening the Definition of Urban Art

In a relatively small, white-walled room, 1AM Gallery legitimately pushes the meaning of the phrase ‘group show.’

When visitors enter the current exhibit, entitled A Major Minority, they encounter walls full of pieces. Rows and rows of artworks cover each wall and showcase the talent of more than 100 artists from more than 18 countries. Many sections include multiple pieces by the same person, giving viewers more than a small taste of each artist’s work.

At first, the sheer amount of pieces might seem overwhelming but the show is a lesson in slowing down. The reward for spending a decent amount of time with each piece is seeing the smallest details reveal themselves.

After scanning each wall, it’s easy to see the connections between even the most disparate works. The pieces range in mediums, from photography to drawing to mixed media. Some works are presented in frames, others on materials like wood. Curator Poesia put these particular artists together to address the widening definition of urban art. The works all convey a certain edgy beauty and make clear references to graffiti even when they do not use spray paint or reference tags. 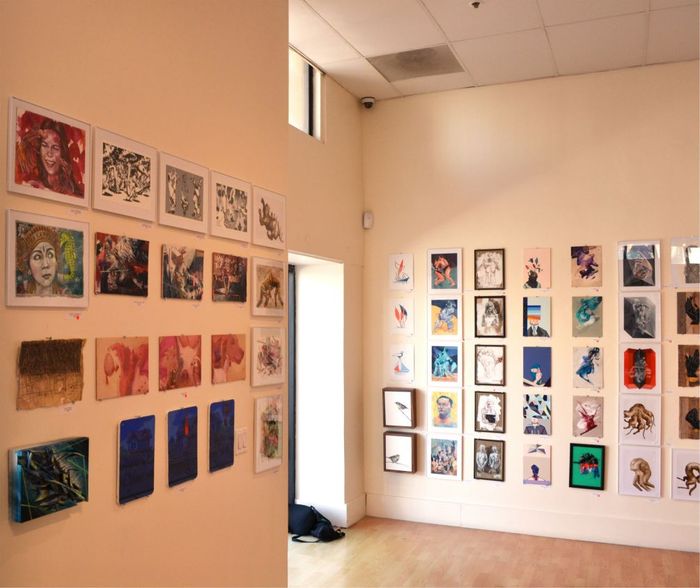 Some pieces look especially sculptural and architectural. Kwest’s works especially stand out for their shiny, three-dimensional rendering of the angles one might find in graffiti writing. In fact the two pieces in this show are entitled S Refraction and W Refraction, clear hints that Kwest might have used letters as his inspiration. Though not created fully in the round, the pieces entice the viewer to gaze from all viewpoints in order to absorb each angle.

Christopher Derek Bruno also tackles the medium of sculpture in his brightly colored works. The Minimalist-like pieces do not make overt references to graffiti or urban art as Kwest’s pieces do, but they still offer viewers the chance to reflect on color—something that many graffiti works do as well.

Abstract House 5 by Drew Tyndell does something similar. Its wooden slabs fit together like colored puzzle pieces; the smoothness of each colored piece seems to suggest acrylic paint but Tyndell actually uses spray paint. That medium choice makes the viewer look a little more closely at the places where the colors meet in curves and sharp angles. 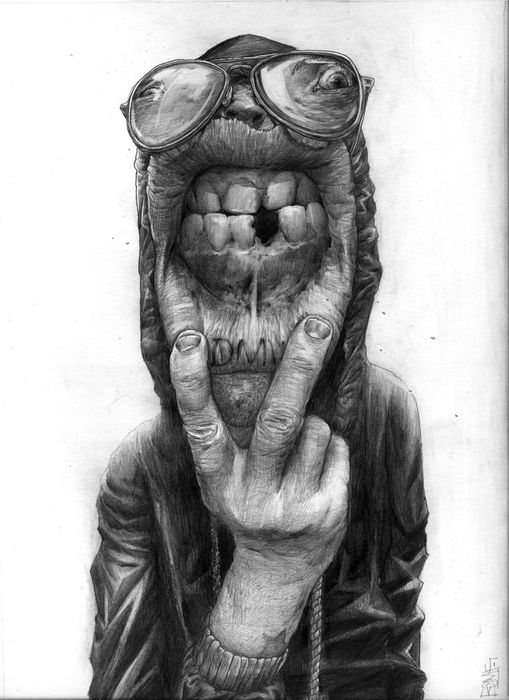 Many of the pieces in the show also lean towards figual explorations of specific places and familiar faces. When it comes to capturing the character of the urban landscape, the surreal exaggerated portraits of Bom.k definitely stand out. The Paris-based artist recently had solo shows in both his hometown and Known Gallery in Los Angeles. The pieces in this show display his knack for intricate detail in portraits of exaggerated, creepy, yet familiar faces. These could be people viewers run into on the street, but their limbs are oversized, their eyes beady and their mouths terrifying. The figure in Urban Kontortion 4 pulls down his lip to reveal a tattoo but shows a ghastly-looking gap in his teeth and horribly wrinkled gums and lips that ultimately draw the eye in closer.

The work of See One offers a more Pop Art approach to the figure with its bright colors and high contrasts. In Only You a woman looks down at something the viewer can’t see while colors and shapes explode all around her. Chunky graffiti letters that look like See’s tag float in the back of lightning bolt-like shapes of color. The figure’s face also shows strange shapes along with dots that feel like a Lichtenstein treatment. The elements come together in a way that happens in most graffiti murals; the characters initially draw the viewer's attention and then little by little other details come to the surface.

As much as the pieces fit nicely into rows on the white walls in the gallery, they retain this overall sense of  outdoor urban art and graffiti that influences their production in one way or another. The photographs included in the exhibition tie that concept together nicely. Snapshots like 4 by Clams Rockefeller show graffiti artists at work or their pieces in conversation with local people hanging out on the streets. 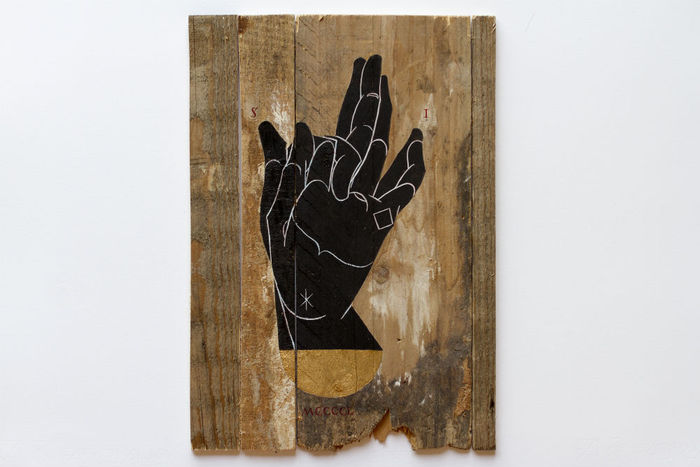 Although overall some pieces feel stronger than others, the range of works makes for a fascinating introduction to the works of a group of artists who share a common inspiration. Even taken out of the context of urban art, many of the works stand alone as clear expressions of strong aesthetic directions and explorations. For the art lover not able to travel the world to discover new works of urban art and graffiti, or pieces influenced by these styles, A Major Minority might serve as a satisfactory alternative.

(Image on top: Kwest, S Refraction Series, All images: Courtesy of 1AM Gallery)