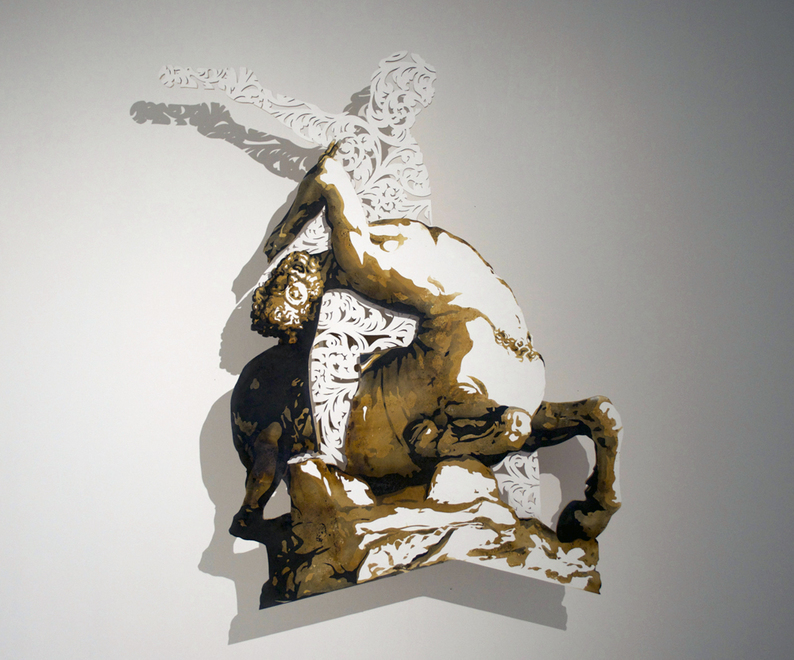 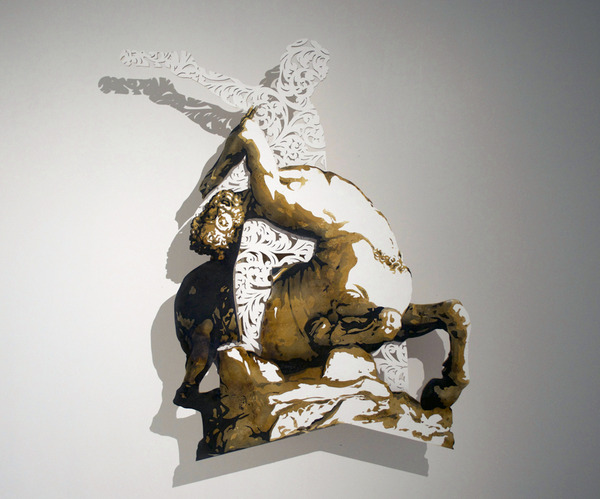 Roswell Museum and Art Center is currently showing works of Ryder Richards in an exhibition titled 'Conflicted' on view till 17 Apr. 2013.

During his time as a fellow at the RAiR Program, Ryder Richards (born in Roswell in 1977) has developed a series of drawings and sculptures exploring methods of icon and image presentation in the West. Using two Renaissance sculptures as inspiration, the work in Conflicted presents flattened images of the sculptures held aloft by a wooden network of scaffolding reminiscent of drive-in movie screens, billboards, and towers lining the local highways.

Drawing from Giambologna’s Rape of the Sabine Women and Hercules Fighting the Centaur Nessus housed in the Loggia dei Lanzi, Florence, Richards’ works reflect on the symbiotic role of site in relation to sculpture and the uniquely conflicted relationship between victim and oppressor. Focused on moments of intense, dramatic theatricality, the works reflect a common propagandistic need to glorify the active and violent life. 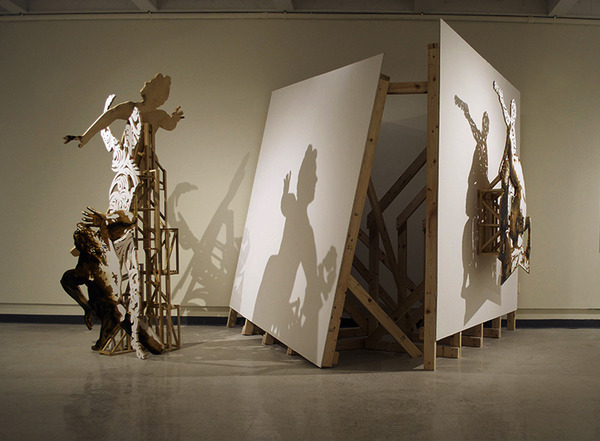 Ryder Richards has studied art throughout the United States as well as  Italy, Spain, and Germany. After opening and running two alternative art venues in Lubbock, Texas in 2005 Richards became the Gallery Coordinator for Richland College in Dallas, Texas in late 2009. The gallery has received regional press attention as an experimental arts venue providing space for burgeoning artists. Currently Richards is a fellow at Roswell Artist-in-Residence from September 2012 until September 2013.

In the dubious effort to culture himself, Richards has traveled to Europe several times studying classical architecture and the art of various “old masters.” While retaining his affinity for these influences, he has become increasingly interested in the “Culture of Honor” found in the Southwest. The works in Conflicted combine elements of art and myth, decorative rifle engravings, and environmental structures as the possible purveyors of cultural disposition.

(Image on top: Ryder Richards, Coercion I, gunpowder, graphite, acrylic, wood; Courtesy of the artist and the Roswell Museum and Art Center)

Posted by Abhilasha Singh on 3/13/13
Tags: sculpture, mixed-media, installation
ArtSlant has shutdown. The website is currently running in a view-only mode to allow archiving of the content.