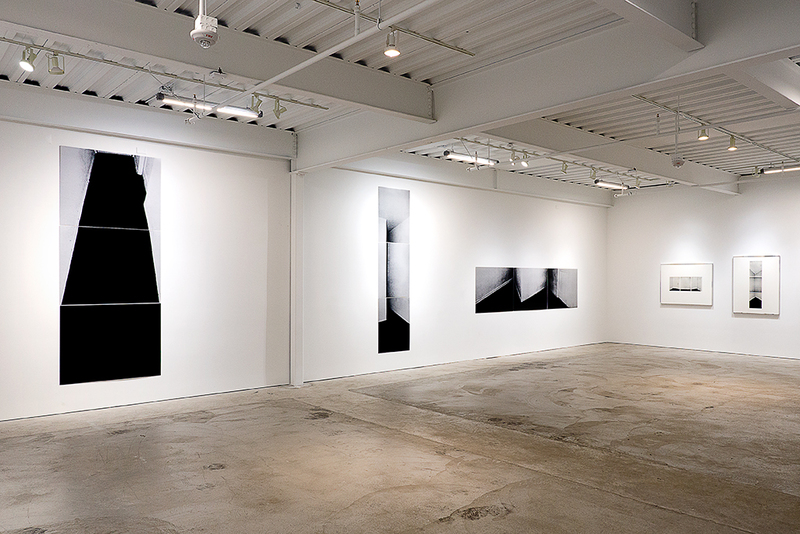 Shown After 35 Years, Steve Kahn's Mysterious Photo-Constructs Are a Revelation in Abstraction

If I were to ask you to tell me about an artist who worked within the architecture of rundown lodgings in Los Angeles in the 1970s, you might come back to me with a famous man who has spoken about his time working in the Mendota Hotel: James Turrell. If I were to ask you to guess again, you might shrug your shoulders and tell me how bored of my game you are. “Oh,” I would say with a lilt in my voice and a spark in my eye, fueled by your disinterest, “oh what you don’t yet know!”

Steve Kahn doesn’t have room-quieting Turrellian recognition because after widely showing his mural triptychs, hotel images, and photographs of nude women—known collectively as The Hollywood Suites—as the ‘70s became the ‘80s, he stashed away his art and set off for New York to pursue commercial work, leaving behind his intricate studies of photographic media. Perhaps his techniques were too radical for a time when photography was considered less a contemporary art form and more a method of documentation. In the same years that Robert Mapplethorpe was being derided for displaying Polaroids (how pedestrian!) in a gallery in New York, Kahn was taking photographs of his own Polaroids and using the negatives to make large-scale silver gelatin mural prints known as murals (how absurd!). Yet despite any groans that may have come from looking at abstract photographs, these works must have been as revolutionary as they were challenging at the time of initial presentation. 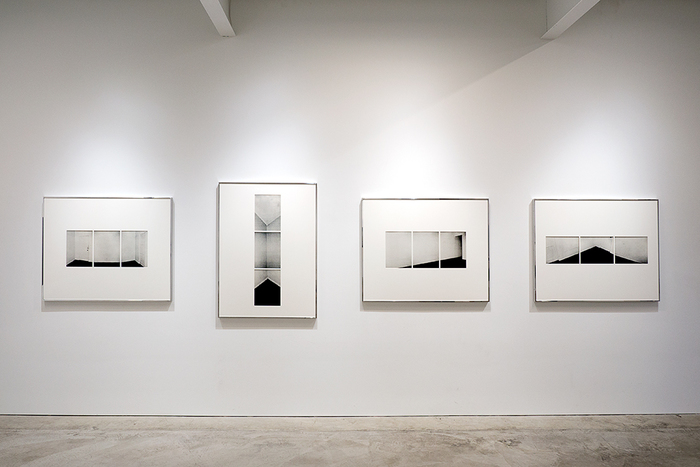 Kahn’s work is exemplary of a kind of abstraction rarely created anymore, wherein deep exploration of form leads to the re-creation of the familiar, and through that breakdown we overturn that which we considered to be true. It is all too common—and I do mean all too common—to walk into a contemporary gallery and find a few screws resting atop a piece of plywood, a cord wrapped in a loose circle dropped nearby, and a piece of painted (if we are lucky) aluminum coming out of the wall… somewhere… and to be expected to cock our heads, sigh contemplatively, and pull at nonexistent threads in an attempt to understand the artist. Without an entry point this form of abstraction is reductive enfin, if not insulting. 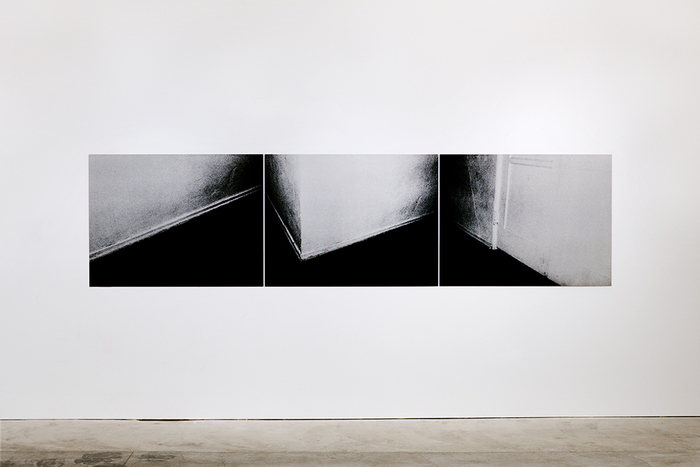 Looking at Kahn’s horizontal mural Triptych #10 is as bizarre as it is exciting, familiar, and impossible. The initial sense is easy enough—three photographs composing a quadrant of a room with four walls that meet to form three corners. Based on the lighting as it stretches along the walls, toward shadows that impossibly fall as if receding into a black hole, those corners can’t exist, can they?

When we turn to Triptych #5 we find another stretch of floor meeting wall and ceiling that only makes sense if we give into the fantasy of architecture created by placing these three images in a vertical column. Viewed in isolation, without context, the floor is mirrored blackness stopped by two unresolved white lines, the center cutout of what we choose to believe is two walls meeting becomes a field of shifting grays with a faint line that misses perfectly centered bisection, and the ceiling could easily be a graphite drawing of a cube projecting outward. They are images of nothing stitched together to make us believe we are standing in a room, Polaroid camera in hand, deciding what elements draw our attention. That they are titled Triptychs and not Room 236 or Fantasy Architecture I’d Like to Create One Day lets the reality behind the images breathe even more deeply and the impossible expand through imagination. 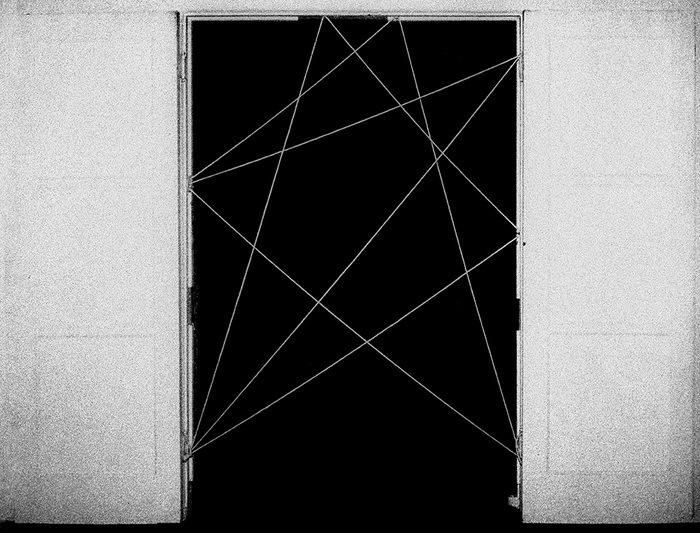 When we are presented with an image of the room as room, we see the artist exert control through acts of bondage. In the pentagrammic tying of an open doorway with white rope that hangs in stark relief to the perfect black of a room beyond, Bound Door #7 runs daringly close to the Satanic. Similarly the black tendrils that latch onto the walls in Bound Door #6 give the impression that something deep within that void is pulling the ropes into taught triangles; pulling until they snap. Ritual is a driving force behind the bound door works, while the documentation of windows and mirrors feels as if we are witnessing the altogether forbidden.

Kahn’s photographic legacy is breathtaking. That the murals are original silver gelatin prints is all the more shocking (a note I confirmed with director Julie Casemore more than once out of disbelief)—stored in crates for decades, unearthed for this first time in their entirety as pristine as the day they were created. Exploration in medium created a chilling grain structure reminiscent of Nosferatu while the absence of a figure leaves us trapped within false architecture; prisoners of the construct of his creation. In viewing these images, we are asked to be active partners in an exchange. We finish their creation as much as Kahn began them. His is a rare example of formal conceit leading, not by the hand but by way of one’s own intrigue, down the unexplored or forgotten corridors of the mind.

Peter Cochrane is a San Francisco-based artist and author.