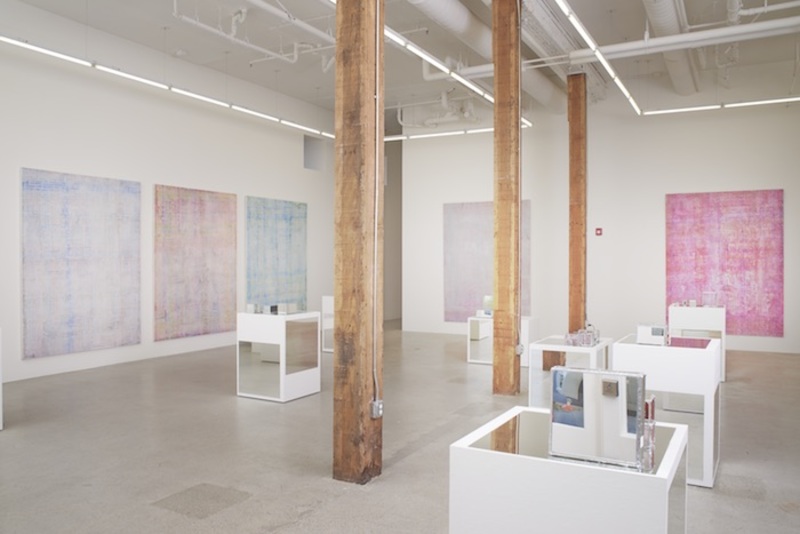 Collecting art as a narcissist hobby is the most virulent kind of collecting, whereas collecting as a means of humble support seems to be the approved model—at least in San Francisco. A recent art panel in the city attempted to discern a difference between San Francisco and Los Angeles collectors. Moderated by LA gallerist Mieke Marple (Night Gallery), the panelists were Sofya Polyakov of Noun Project (LA), Sabrina Buell of Zlot Buell art advisors (SF), Jessica Silverman of Jessica Silverman Gallery (SF) and Greg Isenberg, tech entrepreneur of 5by amongst others. Since San Francisco has a reputation as being an innovative place, one that attracts thinkers and makers, its collectors tend to be non-conformist too. Some might stereotype collectors as following trends or gathering trophies as status symbols, but SF buyers appear to be driven by personal connections with artwork. In addition to considering regional differences, the conversation also turned toward the intrinsic value of art and other issues facing local collectors and even those further afield. 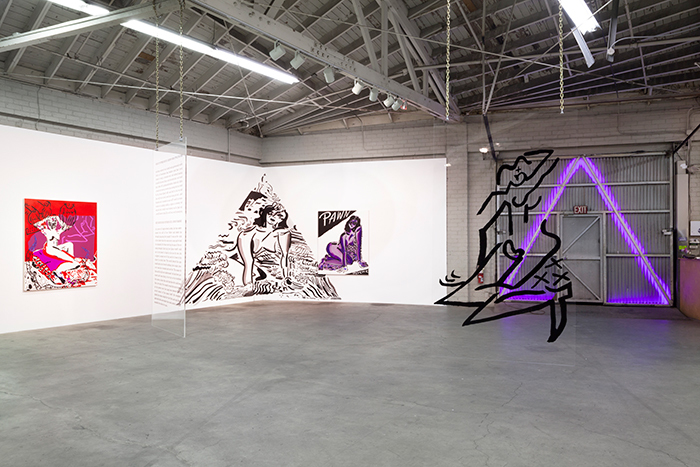 Mira Dancy, Is She Is She Psychic. Installation view at Night Gallery, LA, 2015

In SF, questions about the tech industry’s interest in and support of the arts are on everyone’s mind. In fact, the topic has even begun to lose a bit of momentum because the questions don’t seem to be specific enough; the divide between “us” and “them” pervades. For instance, there are a lot of generalizations and stereotypes about who "tech" people are, ranging from frantic outcries about giant buses flooding the streets to a somewhat arrogant and desperate view that all people with gobs of money should support the arts. Seeing dollar signs has the potential for uninspired attempts at seducing a market and audience. The 2014 Art Silicon Valley, for example, hosted a slew of galleries whose primary curatorial objectives lean toward beautifully-made and expertly constructed works by emerging and mid-career artists or works by deceased modern masters.

If we are to assume that the new tech audiences are intelligent, driven, and very curious people—rather than simply deep pockets in need of Art History 101—then it seems short-sighted to offer them this traditional art fair model. Fairs are a big shopping opportunity—and they do bring in buyers who might not go to galleries or develop intimate relationships with dealers. Indeed, the fair as a trade show environment is recognizable business model for many industries—from tech to fashion to cars to food. But they offer just one marketplace for artwork, leaving plenty of room for other models of collecting. Both Buell and Silverman agreed that a good collector exposes themselves to a lot of art, does research and waits to buy. “Good collecting means going to galleries and museums, seeing lots of art, reading about art and buying with your eyes, not your ears,” Silverman shared in an email correspondence. 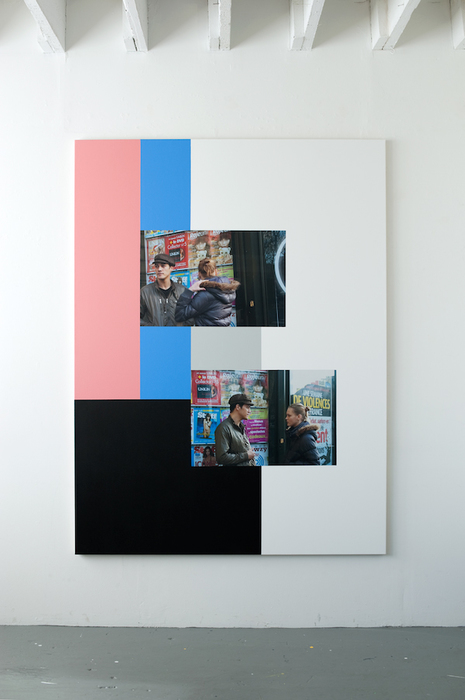 According to Isenberg, stories play a huge role in the appeal of art, not necessarily art history. “Storytelling and how the work is made—the process,” added Polyakov. Indeed, talk of "stories" seems pervasive, recalling something you'd hear in a marketing or elevator pitch: a generalized statement that encompasses a humble beginning, a journey or struggle, followed by a moral climax, ending with a product that makes everything easier, faster, or more fun. With art however, the final product won't make life easier or faster (although fun is debatable). Isenberg didn’t divulge what kind of art he collects, but he did explain that since tech people deal with digital media as a livelihood, they seek more tangible and physical things for pleasure. The last thing they want is tech-based art and more flat screens like those they look at all day at work. “I want the opposite,” Isenberg pointed out. Many tech people who view themselves as creative have an appreciation for the way the mind works to create objects outside of ourselves for a greater good. “Tech is fulfilling, but it’s also empty,” he explained. Connecting with other people is where the real interest in art stems from.

“The art world is a social space,” Silverman noted. “It is natural for collectors to form relationships not only with the dealers but with artists as well. It builds an intimate space that allows for collectors to feel even closer to the works they end up acquiring because they have met and made friends with the artist who conceived it. Collectors like to invest in something that they feel connected to whether it be because they relate to it or want to try and understand it better.” One SF collector, who I will refer to as GB, is a regular presence at numerous art openings, artists’ talks and special events. He did not speak on the panel, but he and I frequently chat about art. When he started getting more involved in buying SF art, “I did all the things collectors do; I joined SECA, went to art fairs,” he shared. GB spends most of his time on self-directed study and discovery fueled by a curiosity and a personal relationship with art making. As a child growing up on Long Island, GB found summer camp a vital and enthralling reprise from the stress of unhappy family life. Fast forward to his time at RISD in the 1970s where he fell in love with European Pop, such as Peter Blake, David Hockney, and US born, Jewish expressionistic, pop mystic artist RB Kitaj. 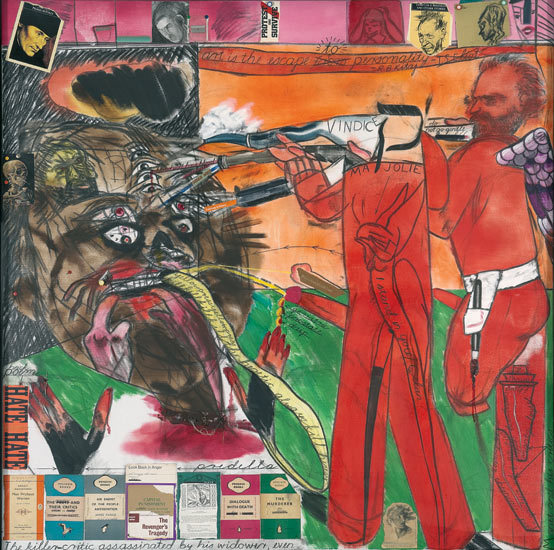 His experience as a fellow maker has given him an edge to understanding artistic temperament and intention. “I'm a very shy person and I don't like to call attention to myself. I'm also very sarcastic and I can be obnoxious,” he confessed. "But because I've had the blessing of crafts (and before crafts it was building electronic kits), I can have a conversation about looking and making with just about anyone. I'm also very honest in speaking about work.” In 1999 GB started collecting and bought his first Kitaj print from an online source after doing research at Marlborough in London. Since that time, his collecting has been a slow, careful path. “The first time I bought "emerging" work, it was by Kyle Ranson at a solo show at Adobe Books (circa 2005).” In 2014 GB sold several lesser favorite Kitaj works so that he could focus on buying more work by local and emerging artists. “The rite of passage of being part of this Bay Area community of artists happened with me showing up, looking, and being genuinely interested. I see 5-10 shows a week and I love artist lectures at SFAI and CCA. I go to Kadist, apartment shows, and 1-night pop-ups. That says a lot about the scene here; it's vibrant and supportive.” 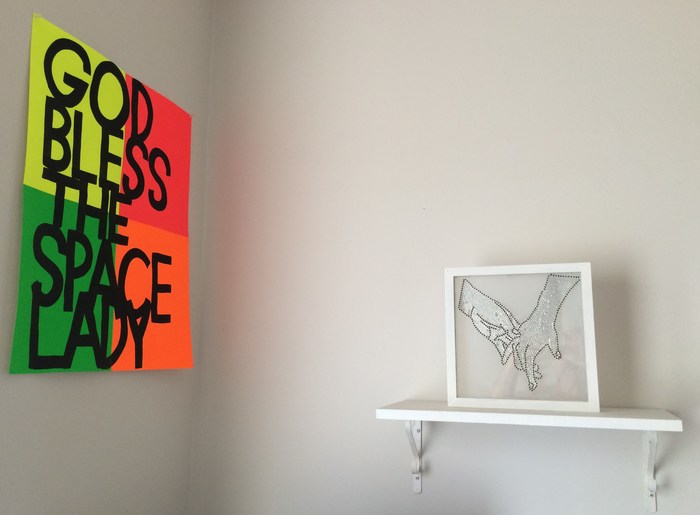 GB points out that the work he buys is important to him and is representative of a region that he fully respects as a resident of the city and a member of the community. “I'm an embedded collector in a community that very few people outside are looking at,” he attests, referring to the European and New York stronghold on the art world—again another story we perpetuate, which does bear some truth.

Near the end of the panel, consensus acknowledged that California is one of the most affluent states in the nation, with some 40 percent of the state's creative workers residing in the LA region alone. [1] “Perhaps SF and LA could join to become a West Coast art super power?” Marple queried. It’s a good idea, but first SF needs to flip the art world mystique on its head—and take stronger ownership of what it has right under its nose.

[1]This real number was found on the Otis Report on the Creative Economy, 2014. The author was unable to find a similar report for San Francisco, except for several visual maps. The San Francisco Center for Economic Development acknowledges only the big ticket SF culture offerings, such as the SF Symphony, SF Opera and other city run venues nestled under the Lifestyle category as incentive for further business investment. No data has been located for SF that is similar to the Otis report.

(Image at the top: Installation view of Dashiell Manley's Time seems sometimes to stop, Courtesy of the Jessica Silverman Gallery)

How Do Artists Find Gallery Representation? We Asked Galleries and This Is What We Learned
3/31/16
COMMENTS (0)
ArtSlant has shutdown. The website is currently running in a view-only mode to allow archiving of the content.