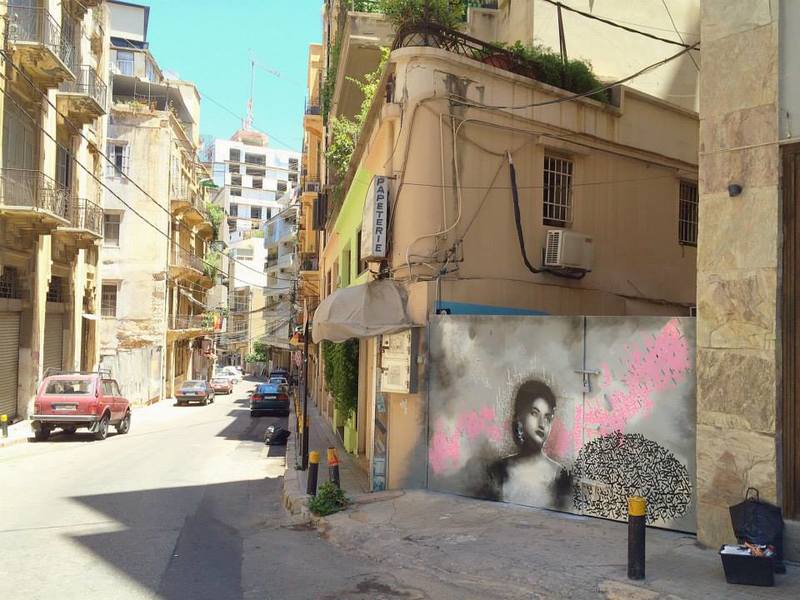 Savvy Lebanese talk show host Zaven Kouyoumdjian broke a story on February 10 announcing that Beirut Municipality may remove all street art murals and graffiti from the city as part of a new overarching national policy to ban political slogans, posters, banners, and flags from public spaces.

While technically street art has always required a permit from the municipality, that rule was seldom enforced in the past, and writers from all over the world have visited Beirut to beautify the already vivacious city’s walls. Street art in Beirut has become so mainstream in recent years that, as Alexandra Talty noted in a 2013 article for Forbes, enterprising filmmakers, liquor companies, and even clothing brands regularly commission stencils or murals in trendy neighborhoods like Hamra.

Earlier this month, a mural in the Tabari neighborhood attributed to identical twin writers ASHEKMAN (aka Mohamed and Omar Kabbani) in collaboration with anti-censorship NGO March, was taken down, despite loud public outcry. It did not seem to have any bearing that the city’s governor, Ziad Chebib, had originally approved the mural, which read in Arabic, "To be Free or not to Be." Following a grassroots social media campaign under the hashtag #SaveBeirutGraffitti, Chebib conceded that the mural’s removal had been a mistake and tweeted to invite the duo to apply for a permit to repaint the wall. 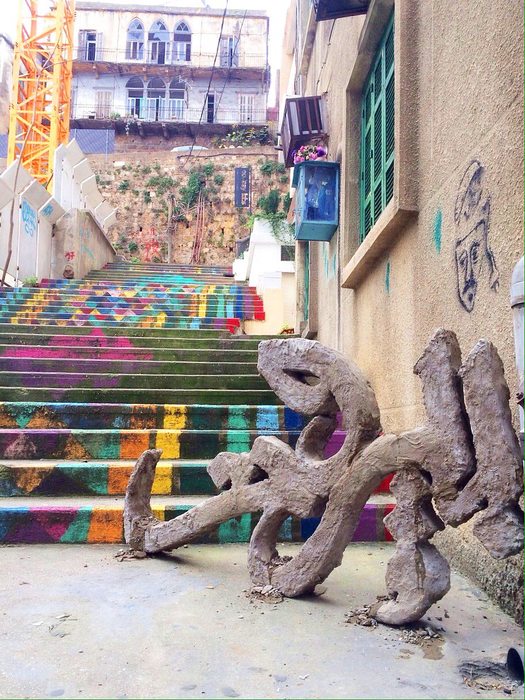 Yazan, Arabic Calligraphy Cement Sculpture, beside stairs by Paint Up, Beirut, via Facebook

On the list of potential hits were graffiti icon Yazan Halwani’s murals, several of which have long reached canonical status among students, 20-somethings, and are even highlighted must-sees in some tourist guidebooks. Yazan wrote on his public Facebook page “I respect the objective of the municipality to want to improve the streets of Beirut and apply laws, and I think we both have the same object (smile emoticon). But I also think there should be a distinction between artistic murals that look good and are loved by citizens and the political slogans scribbled everywhere.”

Yazan’s works at risk included a much-photographed mural of songstress Fayrouz (i.e., the Whitney Houston of the Arab world) on Gemmayzeh Street and a wall on Bliss Street titled, "The King of Hamra," which remembers a homeless man named Ali Abdallah who froze to death during a winter storm on the buzzing avenue near the American University of Beirut. Good thing Abdallah’s story and Yazan’s practice have been documented to last in both volumes of Nino Azzi’s Beirut Street Art.

While street art is inherently impermanent, it seems misplaced that these works of public art could possibly be removed as collateral damage for a recent diplomatic deal between Hezbollah and The Future Movement. Beirut Municipality should be wise enough to realize the demoralizing effect this move will have on the city’s emerging art scene as well as the larger implications of censorship.

Hopefully the approval of repainting the ASHKEMAN mural is a sign of a positive resolution for all. As a result of continued public outcry and public dialogue with Yazan, Beirut Municipality announced most recently that graffiti resembling vandalism or containing political references will be removed, while the fate of all other street art will fall to owners of the individual walls and the public. It looks like Beirut’s color is safe for now, but not its residents’ freedom of expression.