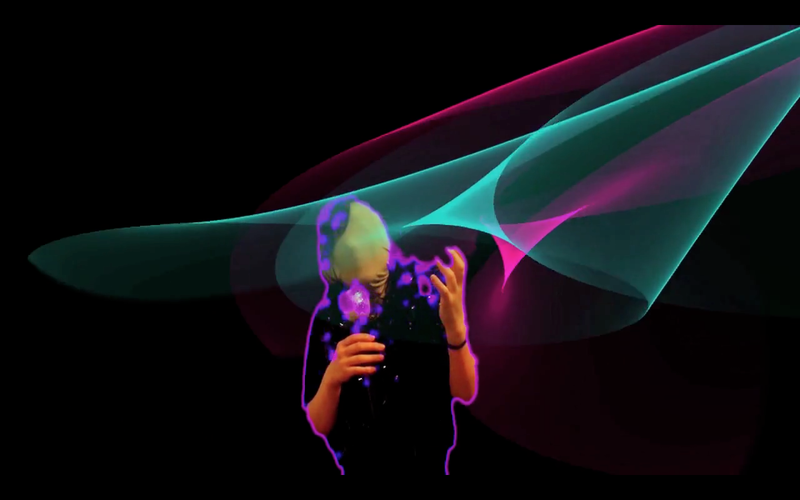 What is tumblr Art?

On Friday, May 17th at ArtPadSF, tumblr is hosting the TUMBLR ARTS SUMMIT. Moderated by Annie Werner, the panel is meant to discuss tumblr as a platform for the arts. Kara Q. Smith of ArtSlant SF, Open Space and Art Practical; Aditya Julka, Co-founder of Paddle8; Jennifer Yin of the Asian Art Museum; Liz Glass of CCA Wattis Institute; Ken Harman of Spoke Art; artist Eric Dyer and I will be present on the panel. The focus seems to be more practical: how does your organization leverage tumblr within the art world, etc? In preparation, however, I think it’s useful to determine what exactly distinguishes art on tumblr from other applications of art online.

During Hyperallergic’s tumblr. art symposium back in March, G.H. Hovagimyan, when talking about what distinguishes tumblr and social media as a platform for the artist, makes the observation that “linking becomes more important than the actual [art] object. In other words, your decision to use something is more important than the something that you are using. It becomes something else. It’s something like curating but is more like clarifying or presenting an aesthetic choice.” Tumblr, as other blogging services that rely on a vast pool of images, has come to redefine many aspects of a contemporary art practice, namely: curation, aesthetics, value and research.

“Something like” curation takes many forms on tumblr. Most users are content to reblog and <3 work that crosses their dashboards but this platform has also become indispensable to the contemporary cultural producer [prosumer] in that it provides both the material for production as well as the platform for dissemination. These systems can evolve into relatively closed loops and generate aesthetics that are highly niche and tailored to a specific community of prosumers. A perfect example of this is thejogging.tumblr.com. Within its large community of followers, an aesthetic has evolved that resembles a kind of post-internet-as-fuck surrealism that leverages the prolific collage tools of today (Creative Suite, et al.) to recombine found images and products into antithetical configurations. The general ilk of the Jogging aesthetic is that of a one-liner which is perfectly suited to the tumblr platform where images can whiz by as quickly as you can flick your finger. What G.H. Hovagimyan was referring to in the above quote was not only this kind of aesthetic evolution but the movement of the role of the artist away from craftsperson and towards a node of aesthetic embodiment and reproduction. I use the term “node” to describe a functional position derived from the world of networking that describes an active point that is “capable of sending, receiving, or forwarding information over a communications channel.” The role of the artist as communicator is reemerging with new vigor as the visual language of his/her time evolves in tandem.

The artist-as-node is by no means a stable position. The aesthetic identity is constantly evolving as every new image is added to the page. When you see an image you like on your dashboard, the general practice is to take a look at the source, which in this case is the blog from which the image was reblogged, to get a sense of their aesthetics and to determine whether or not you should follow them. Community on tumblr is founded on aesthetic affinities. The unfolding of a tumblr blog, the eternal scroll (I can’t stand tumblrs with pages, it’s a bizarre form of skeuomorphism, just don’t do it) is something that is absolutely iconic and singular to the tumblr aesthetic.

The kind of unfolding that the infinite scroll allows creates a stream of unrelated/semi-related/interrelated yet representative images all in succession that reflect the aesthetic identity of the tumblr user. If you Follow them, then you are incorporating elements of their aesthetic into your own. Tumblr is for gazing, for affirmative pleasures. I’m assuming most people don’t follow tumblrs that piss them off – that’s what your friends from back home on Facebook are for.

The images are scripted in flattened succession so as to not allow for lingering as the next something is always just a finger flick below. Long flicks send the dashboard rolling upwards. Perhaps something will catch the eye and you’ll take a second or two to look at it again. These are candidates for reblogging. The rest flies by like scenery through a car window. The speed and ease with which someone can navigate tumblr is key to the production of these evolving aesthetics.

As the artist reasserts her/himself as communicator, the content of contemporary new media art is often found lacking in message, a complaint I hear again and again. The content of a new media work is frequently a practice in aesthetics. Take, for instance, the work of Larry Carlson, a prolific artist on tumblr whose work utilizes the platform extraordinarily well, again in a surrealist vein. However, the semantics of his work, the non-visual content leaves little to the imagination as his visual works function almost exclusively as psychedelic collages – pure eye candy. Eye candy is an extensive theme in netart. It embodies an experimental relationship with both an evolving medium as well as an ever more pervasive visual environment. The prevalence of collage-based practices seems to be a response to the diffuse environments that make up the contemporary artist’s worldview, something I will touch on in the section on research.

The value of a work of art also alters the way in which we view art and vice versa. The mode of viewing is in correlation with the very appreciation. The power of the immediate impact of the tumblr image becomes transient, ineffable, very far removed from the contemplative object. Value becomes socially defined through <3s and reblogs and the tallies associated with them. Views are ultimately what determine the success of a work of art on tumblr. That isn’t very different than the source of cultural relevancy which supposedly determines a physical work of art’s market value (once you factor out demand, prior sales records, collection holdings, etc.). What is different is that the work of art on tumblr and the net in general is working without the concerns and constraints of the market. There is a vast and growing contingent of artists out there making work without even the hope of selling it. Exceptions do exist (Petra Cotright) but the vast majority of net artists function on social currency and perhaps a vague aspiration to be able to cash in on their webskilz in the future. 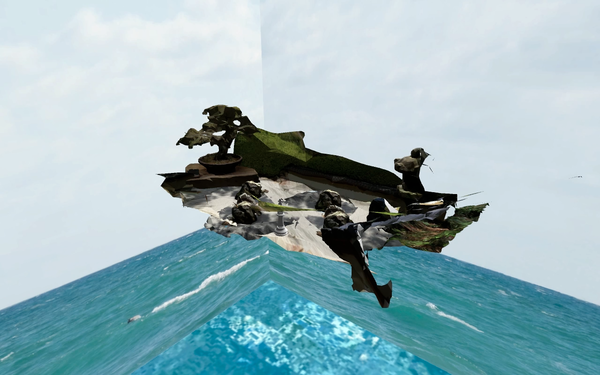 Chase Starr, still from ENDGAME; Courtesy of the artist.

The artistic practice of research, as we were trained, involved hours upon hours of scholarly research that developed an ideological perspective from which to see the world. Then, to enter into that world, experience that world and communicate those experiences through a set of craft skills that have been honed over many years. The netartist retains a connection to craft, practicing programming and digital/design literacies that are needed for production. However, before the web, the “world” that the artist entered into was considered the physical world, IRL, if you will. But now, our “world,” the object of our worldview, inhabits many different, diffuse and conflicting spaces. The inspiration for an artist’s work may be found in the interstice between the physical and the digital, any shade of gradation in between, or from one or the other. Yet, as the growing number of new media artists attests to, many young artists today are finding plenty of inspiration in the world of the interwebz. Research can now be purely participatory and those phenomenological experiences are fresh and strange enough to generate poignant and groundbreaking work.

A note on the images and gifs in this article: All images/gifs are taken from work submitted to the <ERROR 415> Award in New Media. The presentation of this award takes place Friday May 17th at 9 PM in the courtyard of the Phoenix Hotel during ArtPad SF.

(Image on top: Laura Hyunjhee Kim, Still from SHARING IS CARING, 2012; Courtesy of the artist.)