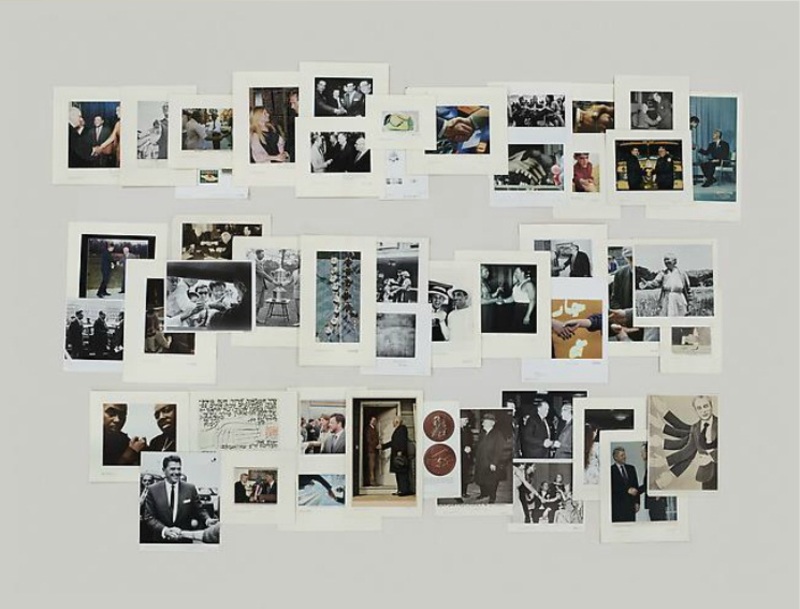 If the New York Public Library’s circulating picture library were constructed according to the popular tastes of the denizens of Instagram, then there would only be three folders:

The NYPL’s library—a mere 1.2 million mainly photographic images culled from books, magazines, adverts, and grouped according to some 12,000 subject headings—seems quaint compared to the amount of visual information an online search engine affords us.

Artist Taryn Simon “recognizes the archive of images from multiple sources as a precursor to the search engine” and her latest body of work, The Picture Collection, “highlights the invisible hands behind the seemingly neutral systems of image gathering.” There’s a bit of self-aware ambiguity tucked into that statement. The “invisible hands” might be the shadowy curators of the NYPL archive, or those of the artist herself, whose Picture Collection offers surprisingly little information about her selection process.

The large format digital scans are snapshots of literally scattered images, some fanned out in orderly rows, some artistically overlapping in suggested collage, others splayed out like back issues of National Geographic on a curious girl’s bedroom floor. The ways in which Simon organizes her rules and algorithms into visual objects is often characterized by a certain neatness, lots of white space and straight lines, that speaks the language of neutrality but ironically helps keep the viewer’s focus on her process.

The Picture Collection feels more lighthearted, almost playful. Each piece is titled after the NYPL folder from which it was culled. Although the uniformity of the pieces lend their content a bereaved flatness, the subject matter ranges from the mundane (“Express Highways”) to the humorous (“Rear View”—a three panel piece showcasing a lovely range of butts), with the darker themes lurking on the back walls (“Abandoned Buildings”, “Financial Panic”).

The opaqueness of these—what are they, collages? picture-in-pictures?—is a palpable departure for an artist for whom the process itself is the work; self-imposed rules and invented systems that then generate the object, and often carry political overtones. The zeitgeisty chimera Image Atlas is a website that generates top image search results from local search engines around the world, arranged alphabetically or by GDP, depending on the user’s preference. The beautiful logistic nightmare that is A Living Man Declared Dead and Other Chapters traces and records bloodlines across subjects ranging from genocide victims in Bosnia to test rabbits in Australia; the findings are arranged almost like academic presentations. How photographic images are classified and catalogued is a persistent and increasingly significant theme for Simon; exceptions, gaps, arbitrary inclusions, exclusions, and the noise of human error expose the kinks in the system, and sometimes offer peeks behind the curtain.

I don’t think invisible hands are capable of being neutral. Invisibility is the end-goal of marketing. Perhaps there’s nothing sinister about referring to construction boots in general as Timberlands, or asking your new lover where they keep their Q-tips because “cotton swabs” sounds clinical and old-timey, but to use “Google” as a verb confers both exclusivity and neutrality on an entity that is constantly engaged in litigious battles over its perceived monopolizing of the online experience by competitors who offer the same services. The company’s recent antitrust settlement with the FTC may not have altered any of its cherished search algorithms, the invisible hands that guide your search results, but the case itself has highlighted those hands in an ostensibly unfavorable way.

The hands that Simon is highlighting here seem less sinister, and much less organized. A subject heading as straightforward as “Beards and Mustaches” yields wildly disparate images: a photo of a glistening Italian model with a five-o’clock shadow, an illustration of a Byzantine relief, and 19th century grooming-product ads are all present in Simon’s corresponding piece, which surely represents a mere sliver of the folder’s contents and begs inquiry into the archive’s purpose and utility. The NYPL archive is touted as an “important resource for writers, artists, historians, filmmakers, fashion companies and advertising agencies”, but if popular usage is the determining factor, online public image archives might be characterized as an important resource for trivia-disputes, jacking-off, and the the proliferation of lifestyle envy. 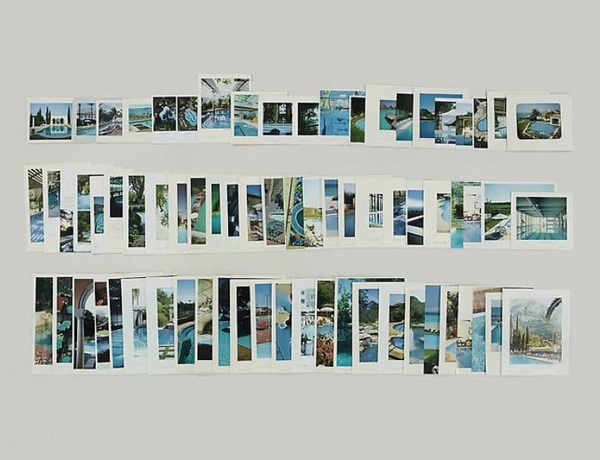 Simon is highlighting an archive that was created as a tool, but today the consumption of images is an end in itself. The user-end experience can be as remote and mystical as daydreaming, but the harnessing of our abstract reverie to tangible products and quantifiable services is the ongoing work of the invisible hands behind our image-making and image-consuming tools.

The wryness of mounting The Picture Collection as Simon’s first exhibition in San Francisco, where every element of culture is suffixed by “and tech”, is not lost. Her pictures show that the systems may have been simpler, but no more transparent, and not necessarily better at getting the user what they wanted. There is something almost homey about the apparent shortcomings of the little archive, tucked away contented folders of finite information. It’s made that much more apparent that people are the noise, and as long as there is noise, there is humanity.