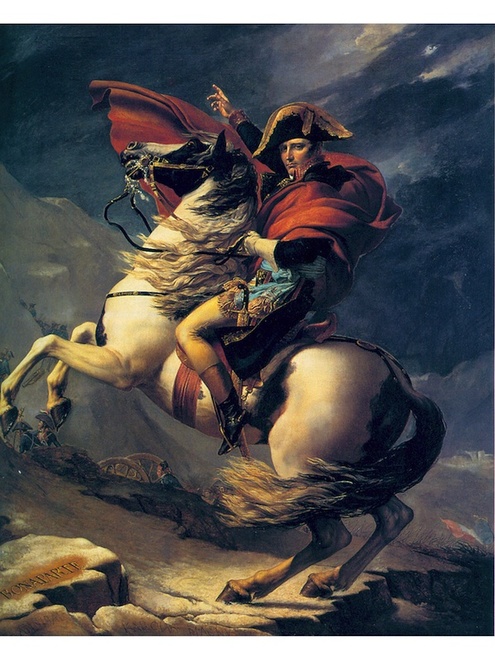 DiviNation: Superpowers, the physical form and the process of forging national identity

Jaime Cortez's solo exhibition, "DiviNation" is comprised of a series of charcoal drawings that adroitly merge imagery from two disparate sources —anatomical scanning electron photographs and iconic, nationalistic paintings. Through the drawings, we examine the historic relationship between artist, patron, and propaganda; a familiar artistic practice in which painters and sculptors immortalize fallen soldiers and other epic conquests, thereby aiding empires, churches, and nations in memorializing their absolute power. Cortez uses this intellectual content to great effect by contrasting the stark emptiness of a familiar form gone missing, while simultaneously training the eye to bore into bold shapes on the page so deeply that the gaze penetrates to a level of microscopic detail.

Inspired by a fantastic visual reference published in 1979 entitled Tissues and Organs: A Text-Atlas of Scanning Micoscopy,  Cortez has created abstracted symbols by blocking out paintings such as David’s Napoleon Crossing the Alps or Leutze’s Washington Crossing the Delaware with extremely minute, three dimensional images of the body. Acts of heroism as imagined through the compound lens of a microscope suggests a magnification or refraction of a powerful narrative story and begs the inquiry as to why the artist chose to render certain parts in exquisite charcoal tones while voiding out other pieces of the story entirely. Cortez admits that he considered the legibility of the drawings; how quickly he wanted someone to identify what the original image source was or what the inlay textures referred to.

The show is also a marvel of Cortez's technical caliber; the drawings are meticulously detailed and fantastically crisp. They are a result of a painstaking reductive process in charcoal, a medium that purposefully evades control and refuses to cleave to the paper.  Using adhesive frisket and kneaded erasers as his tools, he has succeeded in capturing a sense of things receding into shadow, of missing pieces of the narrative so stark that they almost howl with emptiness on the page.

By casting a critical eye upon these historic works of exalted nations and institutions, the original artists are revealed to be more than mere mouthpieces for their masters— embedded in these dramatic scenarios one might detect the subtle hand of a social critic or prophet.  Cortez 's own homage reads, "I was reminded that life is complicated, and that those artists who functioned as shills to 'the man' sometimes functioned simultaneously as wily subverters of Nation, Empire, and Church. Consider Goya’s sneakily unflattering portraits of the Spanish royal Family or Caravaggio’s tortured relations with his Vatican patrons who lusted for his art even as his hayseed models and underaged, oversexed images of Italian youth gave them yummy conniption fits. I honor those prophetic artists who have at times risked their reputations, careers, sanity, and even their lives by lifting their voices in critique of what they saw around them and in hope of pointing the way towards the next right thing.”