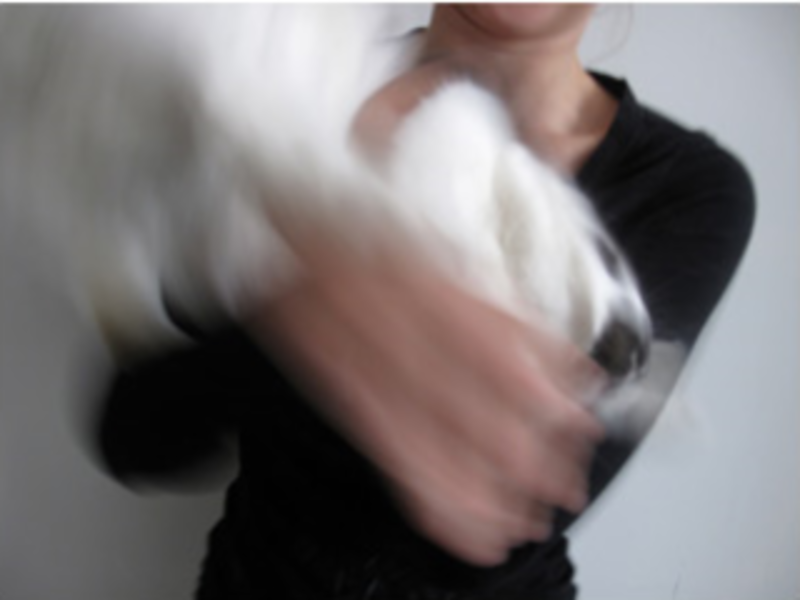 I’ve been ruminating about the “attempt.”

I’ve been rolling the word and a few of its meanings over in my mind these last days. (Some joke could be inserted here about “attempts to understand attempt,” I’ll let you come up with your own.) In all this cogitation, the word thankfully did not dissolve into meaninglessness (as some words do when you repeat them too many times—spoon… spoon… spoon… spoon… spoon?), instead it gained a new kind of significance for me.

The impetus for this rumination on the word began during the installation and opening of the exhibition God Only Knows Who The Audience Is: Performance, Video and Television through the Lens of La Mamelle/ART COM, which I curated along with seven of my closest friends, and is on view now at the Wattis at CCA.

In the first gallery that you enter in the exhibition, there are two works that use the word “attempt” in their titles—Martin Kersels’ Attempt to Raise the Temperature of a Container of Water by Yelling at It, 1996/2011, and Whitney Lynn’s Explanation Attempt, 2007. Kersels work is a sculptural piece that plays a repeated soundtrack of the artist’s voice yelling at a large cylinder of water, and Lynn’s photograph shows a blurry image of the artist struggling with a live rabbit, in a riff off of Joseph Beuy’s long secret whispers in How to Explain Pictures to a Dead Hare, 1965.

In these two works, the attempt exists as a posture of possibility. Both of the actions present in these works are untraceable and open-ended: there is no way to actually know, concretely, if Kersels’ voice changes the temperature of the water, and, like Beuy’s seminal performance, Lynn’s gesture of explanation may remain only a gesture, though there is no way for us to decipher this with certainty. Spending time with these two evocations of the “attempt” (of which I’m sure there are many more), I began to appreciate the poetry of this word. To phrase something as an “attempt” is to leave room for its multiple possibilities, and acknowledge the dispersed (unknowable) after-effects of action and utterance.

I began also to think of the “attempt” as an approach to criticism and curatorial practice as well. While a commonly used word in academic writing (which may be something of a crutch—a hesitant voice that we use when we’re unwilling to make concrete statements) the word “attempt” also allows space for ambiguity, multiple perspectives, and the continual working-through of ideas that we bring to looking at and writing about contemporary art. It allows us to make guesses, have opinions, and put things before an audience knowing that even our “finished products” are anything but finished. (Though the dark side of all these plaudits for the noble “attempt” is of course the ignoble “failure.”) These “attempts” acknowledge the fact that things are ever-changing, that art and what we say about it does not have a static existence, but in fact a fully dynamic life of its own.

Spending Time: Interview with Anthony Huberman
11/29/12
COMMENTS (0)
ArtSlant has shutdown. The website is currently running in a view-only mode to allow archiving of the content.