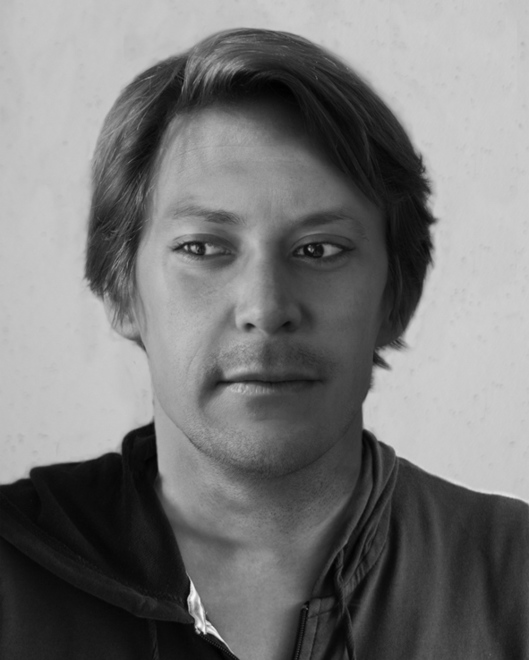 Recently, I had the privilege of ambling with Belgian artist Kris Martin through the second floor gallery at the CCA Wattis just before the installation of Hammarby! began, which had its “soft opening” (suggesting the current installation is not the final product) on February 15th. Existentially Hammarby! is a class as exhibition project, everyone expected to (in varying degrees of boldness) try their hand at learning in public, encouraged, as the press materials relate, to work on time-based projects. The participating thirteen MFA students have the ability to change their work as they see fit from now until March 29th when there will be an official, “hard” opening.

The title of the show is borrowed (with added exclamatory emphasis) from the Swedish soccer team Hammarby, and just as European soccer teams sometimes allow the public to watch them practice, the public is invited in to see artists at work during gallery hours. Martin is in San Francisco experimenting alongside his students as the Spring Capp Street Project artist-in-residence, as well as one of the artists taking part in the Wattis’ three-year series The Magnificent Seven.

The gallery was empty during our walk-through with the exception of red tape (yellow during the opening), which divided the gallery into a grid of thirteen individual spaces. Martin likened the division of space to director Lars Von Trier’s 2003 film Dogville. Filmed on a single yawning stage the only delineation of space in the small town setting of the movie were markings on the floor, minimal furniture, and props to suggest the presence of a mountain or mine. Being an artist in Hammarby! entails a similar cognizant respect for what cannot be seen, or perhaps a complete lack thereof for those who choose to not abide by the rules.

During the February 15th opening, the presentation of the work was very much like walking into thirteen separate shows. The lone exception was Martin’s piece God Doesn’t Play Dice, 2011, which had infiltrated the space of Daniel Dallabrida. The insertion of Martin’s work is indeed an interesting one considering Dallabrida’s work explores the devastating AIDS crises of the Eighties. Having watched friends and loved ones pass away while others have lived on, his work grapples with the nature of loss, an issue confronted head on in Now’s waters burn the stars of Then, 1990-2011. Such a harsh reality suggests someone does play dice, life is risked, and unfortunately, it is sometimes taken away. Other work in the exhibition, like that of Swedish artist Ida Röden, has a more direct relationship to the title of the exhibition. She has taken head shots of the artists involved in the exhibition for Soccer Team, 2011, and photoshopped them together, creating what she described to me as a “border between fiction and reality.” Each image combines the artists’ facial features to create a composite person who does not really exist.

The show was conceived to reveal the unfolding of artistic process, giving the public insight into how a work (and the process of education) comes to fruition.  However, it occurred to those working with Martin that they already have one studio, in a neighboring building nonetheless, so why would they need a second space to maintain? The opening on February 15th revealed a fairly polished selection of works chosen by the artists, yet nary could be found anything that didn’t look like it was already earnestly done. While the exhibition may not reveal the intimacies of an artist’s creation of work, the show itself has become about change and the working relationship of thirteen artists sharing a single space. The public is invited to follow the evolution of the space as the exhibition progresses, which could make tracking the changes to any intrepid member of the general public on a regular basis an onerous task. Conversely, it could be a fascinating progression to watch unfold or at the very least a meaningful compare-and-contrast from the first day to the last day. Does one witness the emergence of an emergent mind, working together to make something that looks less finished, an art fair without walls (as was recently done at the Sunday fair in London)?

It is rare for the general public to see the work of artists unfold, which should make this a worthwhile visit for anyone curious to see behind the curtain of an art school. However, even though they are not physically present it appears the walls between the artists still exist as they do in their studios. Anyway you cut it, one wonders what it means to have the group and its otherwise private operations, from the solo studio to intimate liason, as well as their more benign interaction with their colleagues, played out in public.

Like the residents of Dogville there is a division among the occupants of the second floor gallery at the Wattis, even if it is only tape. Over the course of the next several weeks it will be interesting to see if the creation of work becomes a more communal project or if the individuality of producing objects for a group exhibition persists.