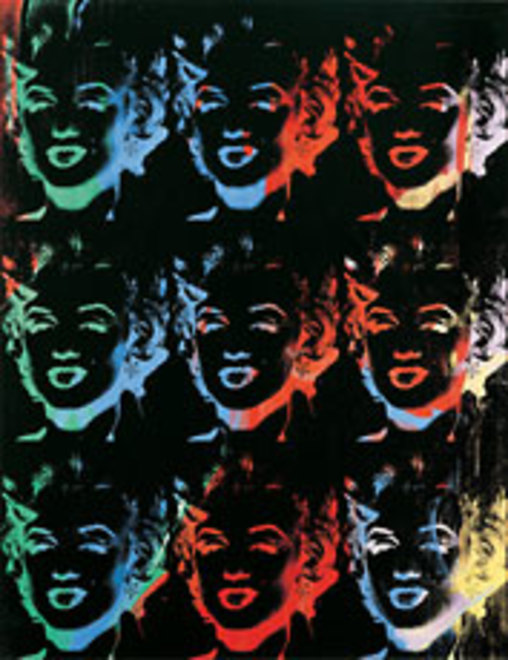 Many in the art world are bemoaning the gradual extinction of the museum as a public institution, fearing its replacement by flashy private vanity projects that house even flashier collections funded by a seemingly endless influx of cash. And even those public institutions left standing are swiftly altering their operational models, shifting towards slicker, privatized programming to attract all the foot traffic that money can buy (the recent Dakis exhibition at the New Museum, for instance, seems to embody the potential hard candy fate of a Deitch-run MOCA). Of course, San Francisco has always been adept at eschewing art world trends, for better or worse, and it may be a small triumph for the traditional museum that SFMOMA finally unveiled their stewardship of the fabled Fisher Collection with the sprawling exhibit, Calder to Warhol: Introducing The Fisher Collection. For all intents and purposes, this is a reason to celebrate, an affirmation of the traditional system, which was put to the test when Donald and Doris Fisher, longtime museum trustees and founders of the GAP, proposed a palatial edifice in the Presidio to house their encyclopedic amassing of post war and contemporary art. Envisioned as a public gift, the project was received as anything but, with objections ranging from grumblings about foot traffic and obstructed views, to undue competition to SFMOMA, to violating the public sanctity of the public parks. So alas, after much public furor, San Francisco can pride itself as the city who shot down a world class museum, but let Lucasfilm set up shop in the park without raising an eyebrow.

Of course, the collection certainly finds itself at home at SFMOMA, complementing the museum’s modest collection with a bounty of textbook quality pieces from all the expected heavy hitters (more on that later). And it only adds momentum to the museum’s plans for expansion, which will triple its gallery space (and luckily they’ll have plenty of art with which to fill it).  As for the exhibition itself, it is a meaty sampler platter, selected by Gary Garrels, from the ample selection. Despite a few digressions here and there, some would grumble that the collection is perhaps a bit ‘too respectable,’ enforcing a certain modernist teleology that’s quite heavy on the testosterone. The show proudly features shinning examples from Calder (a personal favorite of Don’s), Anselm Kiefer, Yves Klein, Gerhard Richter, Cy Twombly, Chuck Close, and Andy Warhol (to name just a few). It may be a boy’s club, but a good-looking one at that. And perhaps more importantly, the selection of 161 pieces from the trove of over 1100 harnesses all the impressive weight of history (even if it is discursively constructed). So it is difficult to raise many objections before Richard Serra’s House of Cards, 1969, one of his seminal interventions into the impassive geometry of early minimalism; there’s also the soft glow off Richter’s Gymnastic, 1967, a delicate example of his signature technique. Even if you don’t care for Keifer, there is the undeniable poetry of the lead and crystal airplane, Melancholia, 1990, and even familiar pieces, like a room full of iconic Warhols, can’t help but activate something with their presence. The subtle sheen of Triple Elvis, 1963, the dripping poignancy of Before and After, 1961, and even an unexpected discovery, like the 1983 portrait of Robert Mapplethorpe, which manages to capture all of the dark intensity of the lusty photographer. It’s quite an assortment for which “impressive” seems to be the most logical modifier. Like it or not, their voluptuous presence in space makes for an altogether different experience of the familiar, and that’s nothing to complain about.

Posted by Franklin Melendez on 6/29/10
RELATED ARTICLES
COMMENTS (1)
The Fischer Collection
The contemporary art museum is indeed in bad shape, and as your reviewer said, the Dakis show/exhibition at The New Museum was a disaster. The public be damned is the attitude of the slick artists of today with their rich benefactors. There is no avant garde in America. Art today is for the viewing of other artists to each other, and the few wealthy people who can buy them and their work. I guess that it doesn't matter in the United States where, for the most part, people hate art and artists. I a girl came home and said to her parents that she had fallen in love with an artist, that would be worst than saying she was in love with a black man.
Comment by: Jerry Harris on Tuesday 06/29/10 at 7:00 AM
ArtSlant has shutdown. The website is currently running in a view-only mode to allow archiving of the content.