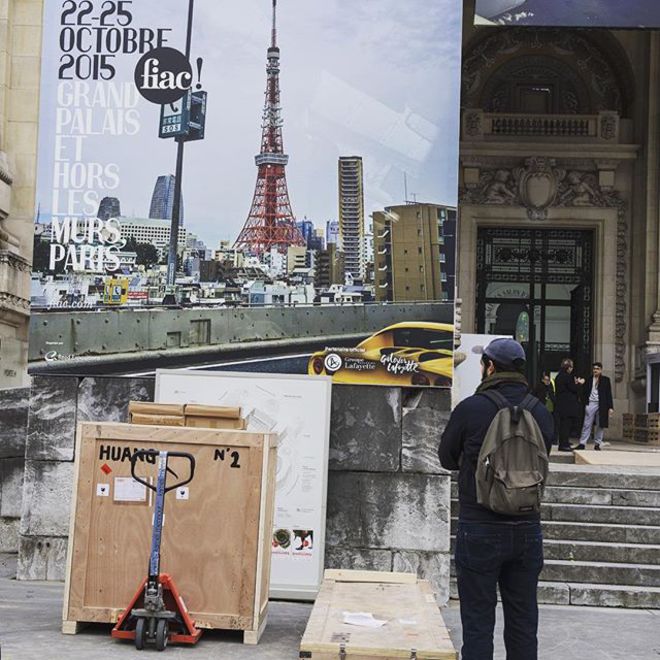 Can an Art Fair Actually Transform a City? In Paris, Yes

It’s kind of an obvious thing to say that Paris is different from London and New York, and no doubt many other cities that I haven’t had the opportunity to visit or live in, but still it is. Specifically this is in the sense that it isn’t—no matter what any Parisien will tell you—a huge, teaming, hyper-megapolis. It’s actually a small and crowded city of only two million inhabitants (yes, in cultural terms the banlieue is only beginning to maybe exist [see “big galleries”]).

This has many implications, one of which is that, inevitably, being French, it has a strongly homogenous idea of civic life, there just isn’t the multiplicity and diversity you find in other bigger cities, and this, in turn, means that events like FIAC, or Paris Photo, or the biannual fashion weeks dominate the cultural landscape of the city for that moment while it’s on. Sure it’s true that Frieze is a significant event in New York and London, but it’s only ever going to get a fraction of the attention. There’s just too much other stuff going on.

It might be for this reason, and all the “cultural engagement as intrinsic to French self-identity stuff” that goes with it, that FIAC is leading the way in public/civic engagement, and most especially with its program of events taking place in the wider city and around the art fair. This year there are twelve elements to the Hors les Murs program. These include sculptures in the Jardin des Plantes, Place Vendôme, and Jardin Tuileries, sound installations along the banks of the Seine, lots of movie screenings, round table discussions, a program of performances, the opening of the Musee Eugène Delacroix, and a boat ride down the river taking in a load of installations built for this purpose. And this isn’t including the Petit Palais, Officielle (which is becoming a proper fair in its own right—it somewhat puts to shame the likes of Sunday in London), and all the events that aim to coincide in places like Palais de Tokyo, Louvre, Pompidou, Fondation Cartier, and so on. I haven’t even mentioned the Young Curators Invitational, the Gallery nights, and the Prix Marcel Duchamp, or all the openings taking place in the commercail galleries.

It is, in a real sense, turning that weird beast that is an art fair into a genuine civic celebration of art throughout this week. It presents a program that any art lover would appreciate without ever having to really tour the booths—and this is where the big players may well learn a thing or two. The public are kind of peripheral to the actual business of the art fair, but at the same time the fair’s coming to town is kind of big news. By offering all these side events and public programs FIAC is maximizing the value it gets from this fringe benefit, and demonstrating how, through coordination the fair can become an open vibrant celebration of art.

With flâneur inspiration, my colleague has suggested a casual itinerary for experiencing the artwork across the city. The following programming represents my personal picks for some of the most ephemeral, yet exciting ways that the arrival of FIAC transforms the city. 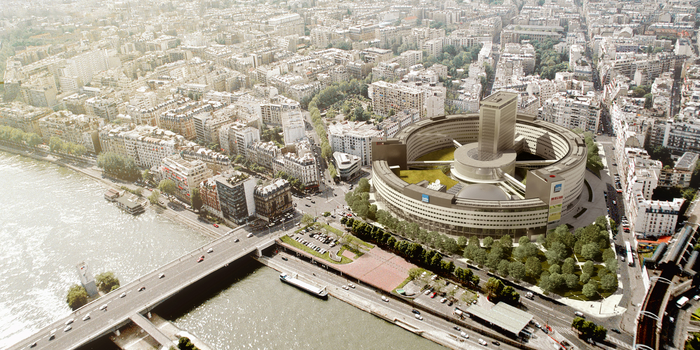 The Maision de la Radio is a classically idiosyncratic piece of grand sixties architecture recently reopened after a fire in 2014. It’s the home of most of French national radio, including the cultural and music section. In collaboration with FIAC there will be a series of sound works installed around the building by artists including Lawrence Weiner and Dominique Gonzalez Foerster, plus the opportunity to visit the sound studio used to create sound effects that support the network of radio stations.

The Jardin des Plantes is perhaps the most beautiful of the parks in central Paris, and home to the Paleontology and Natural History museums. The program of sculpture throughout the park has, in previous years, worked wonderfully with the landscaping and cold clear autumnal days of late October. This year there will be 19 artists displaying their work, including Mark Dion, Janet Laurence, Yang Jiechang, and personal favorite of mine, Henrique Oliveira. It also has the advantage of being across the road from Officielle, so it’s easy to see both in one visit.

In a collaboration between FIAC and Fondation d’Entreprise Ricard there will be a screening of more than 30 short artist’s films throughout the week and weekend of FIAC. Taking place in an intimate and specifically designed 14-seater cinema in the middle of the garden, this should prove to be a comfortable and enjoyable way to see some video work.