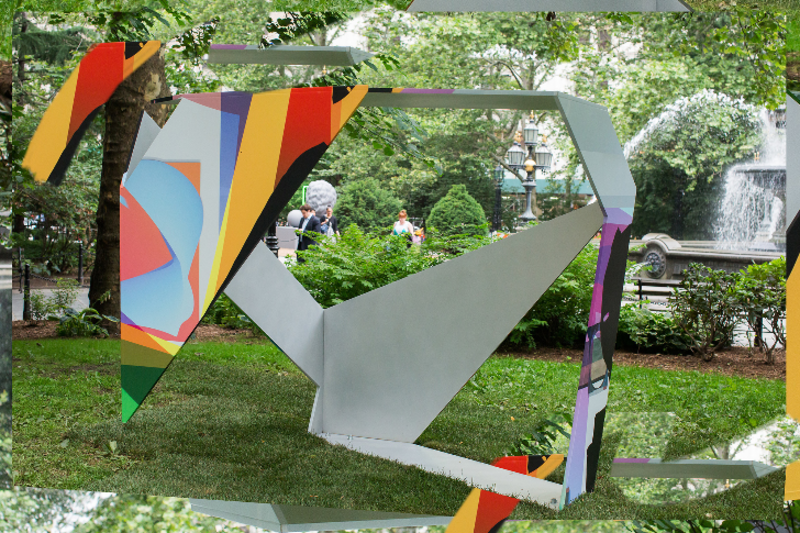 With its annual Hors Les Murs programming, FIAC is once more transforming Paris into a tableau vivant with art spread citywide, well beyond the glass domes of the Grand Palais. Here you’ll find a suggested promenade replete with the best artful stops outside the fair’s walls. Follow my itinerary, or in the true spirit of Baudelaire’s flâneur, go ahead and wander, get lost, and see what you find—you’re sure to stumble upon some art! 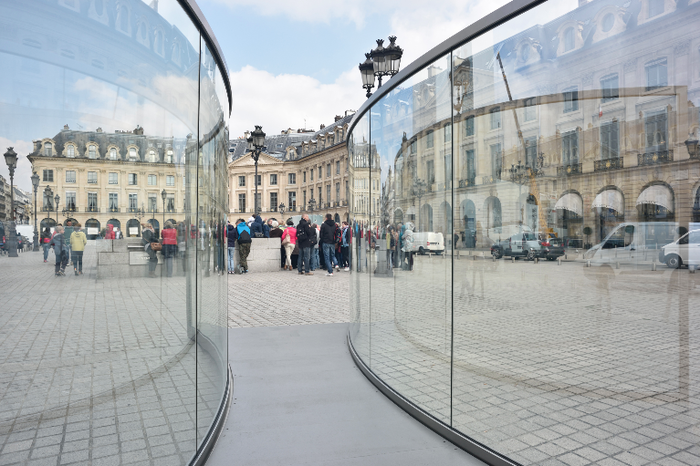 Take a selfie with Dan Graham at Place Vendôme

Dan Graham’s site-specific installations Two Nodes and Passage Intime will offer photo opportunities aplenty for any passerby (though perhaps less, um, controversial than the 2014’s programming at the same venue). Situated in the middle of the Place Vendôme, structures made of semi-reflexive glass and steel merge with the urban environment, offering visitors an alternative way to view and interact with the city. The complexity of the pieces lies in their materiality: the large-scale structures’ reflectiveness is dependent upon ambient light, causing reflections of buildings and passersby to come across as kaleidoscopic patterns. 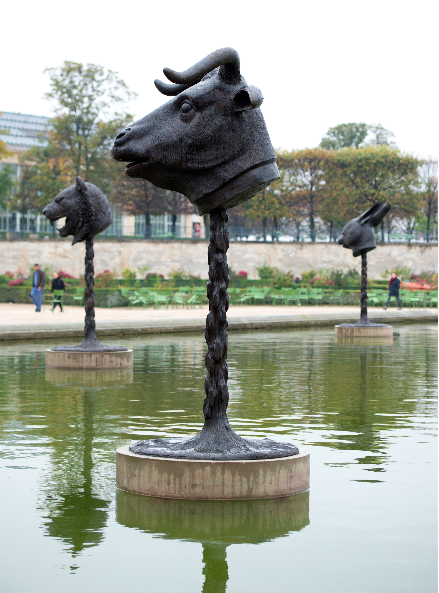 See and be seen in the Tuileries-turned-sculpture-park

Make your way to the Tuileries Garden where 18 artists have taken over the space with their sculptures. You’ll see, among others, Artie Vierkant’s vertiginous structures from his Image Objects series. Based on photographs of objects that have been digitally modified to the point of disintegration, the pieces represent what is left of an image once it has gone though cycles of digital mediation. All official documentation of Vierkant's sculptures include sly digital manipulations (see lead image); the photos that you, the viewer, take are their only faithful depictions. Get snapping, and be sure to post a pic to your Instagram!

Meanwhile Ai Weiwei—who was finally given back his passport—addresses the issue of cultural theft and appropriation with his 2010 series that recreates twelve bronze sculptures representing the animals of the Chinese zodiac. These were originally made by Europeans Jesuits serving the Emperor Qianlong dynasty in the nineteenth century, at the time of the Second Opium War in which China challenged the British and French Empires. The massive scale of these recreations forces a dialogue around the idea of authenticity and the appropriation of cultural symbols in the context of occupation.

In the shadow of FIAC’s grand main venue, the Petit Palais is showing Rashid Johnson’s take on Allan Kaprow’s Sweet Wall. Built near the Berlin Wall in 1970, the bricks of Kaprow’s original wall were held together with strawberry-jam-on-bread mortar. In Paris, exhibited on the museum’s esplanade, Johnson’s version is bonded with shea butter and built with the help of two art students. The decontextualization of the piece proposes an alternative way to viewing walls outside of the context of oppression. Could walls be a source of cultural and spiritual enrichment? 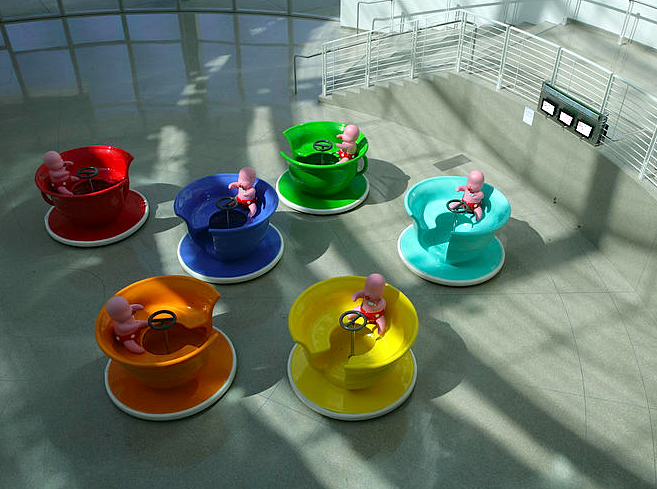 Lunch break at the mall?

Head to Beaugrenelle in the 15th arrondissement for both a bite and a surprise. Joining FIAC for the first time, the renowned mall is temporarily converted into an exhibition space with major contemporary artworks from private collections. Curated by David Rosenberg and Constance Breton, Showcase #1: Think Big! will remain installed through November 8. The repurposing of the mall into a temporary museum marks a bold move making art available outside the walls of major institutions. The roster features international artists including Loris Gréaud, Shen Yuan, Shu Lea Cheang, and Thomas Houseago, among others.

Take in a performance at the Louvre

If you’re strolling on Friday, cross the river back to the Left Bank and head to the Louvre where on October 23 at 4:30 pm Claudia Triozzi will be performing Comparses, a piece that questions the place of museums in cultural discourse and historical preservation. The artist will essentially be addressing the place of performance art within these large institutions. 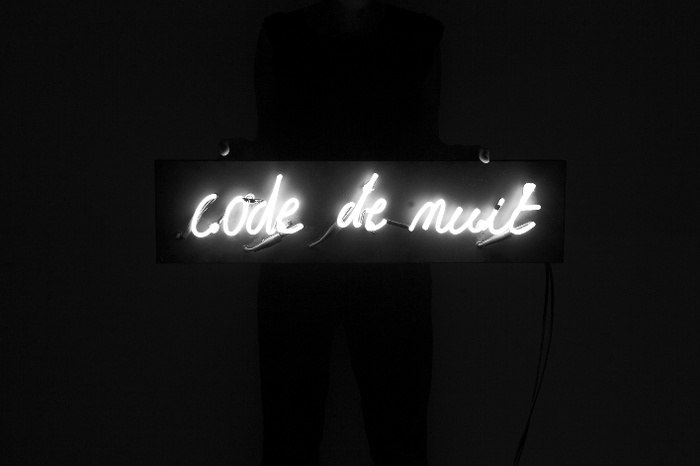 Dance to soundscapes around the city

What better way to end the itinerary then with a dance off? With sound promenades across town, FIAC's aural programming will have you careening—ears first—through Parc Monstouris, Palais Royal, the hustling streets of Belleville, Gare du Nord, and Notre-Dame.

On the banks of the Seine, the Soundwalk 2015 line up includes a sound piece by Cecile de Paris. Code de Nuit is a study of the nightclub as a space for social interaction and mingling.

A little further at Maison de la radio—more on this venue from my colleague, here—you’ll be able to enjoy a festive Saturday with performances starting at 3 pm with Bernard Moninot, who collaborated with astrophysicist Daniel Kunth. Inspired by a supernova that took place in 2014, the work merges sounds from different times and space into one single sound piece, almost as an attempt to unite time and space in a way that would defy quantum mechanics.