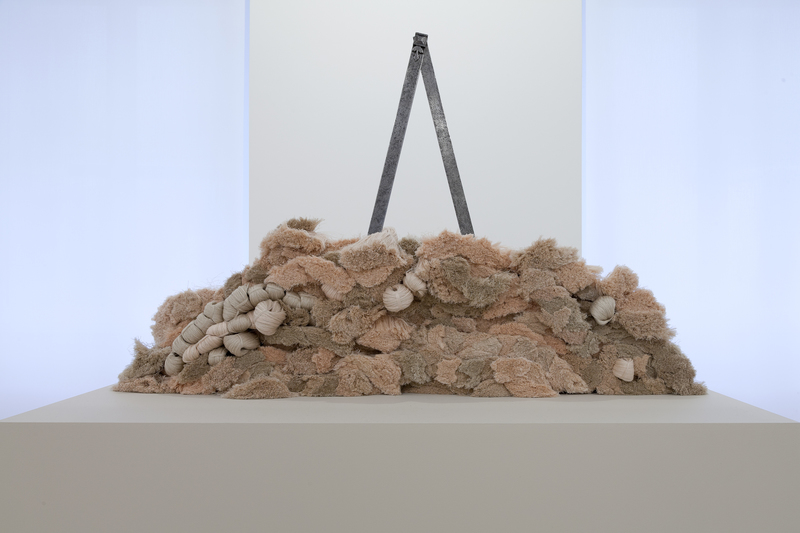 I don’t know if anyone else has seen the YouTube animation that explains the ten dimensions of the physical world, as predicted by the theoretical framework of M- or String theory. It’s quite confusing. However, one of the ideas it introduces is that at certain points the shift from one dimension to the next is achieved by folding that dimension through into the next (in similar fashion to how one would fold a piece of paper into a Mobius strip). This is the process that allows a being to exist in a lower dimension (for example us in the third). Another factoid, that may or may not be true, is that crumpling a sheet of paper is a great example of chaos theory. Apparently, the fold pattern is inherently unpredictable. So it appears that folds are tricky things, something I’m sure Deleuze would agree with, although I never read his book The Fold. My reason for telling you all this is it is quoted in the press material for the current show at the Gagosian.

And this is a wonderful show: playful, impressive, materially rich, varied and thought provoking. A single theme allows conceptual ideas and visual form to meet in a way that isn’t forced, or doesn’t seem like either an academic exercise in art or an artistic exercise in academia. It is truly an exploration, and different iterations of the theme by different artists render their practice in a new light, as if the fold opens a way to their work, which in turn informs the idea of the fold, and so on. You have everything that’s written about the fold visually in front of you: its simplicity, its complexity, and all the other magic like things it does with space and light. It is also, lest we forget, quite beautiful. 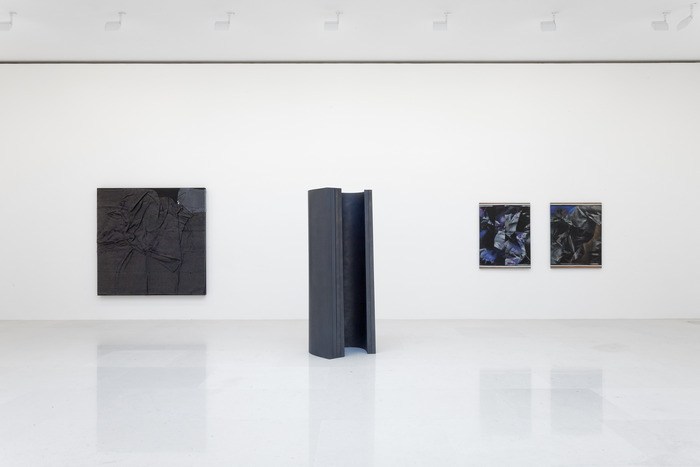 Now, a parenthesis. There were two other things about this show I really appreciated. Firstly I arrived at eleven am on a Saturday, had the gallery all to myself. On a sunny spring day, this is a great thing. The second was that Gagosian doesn’t stick cards to the wall; sure, you can go and get a plan from the desk, but it makes it so easy to simply walk around and look at the work, without feeling the burden of trying to cram knowledge into your head. This is a very refreshing thing. But does sometimes make writing about the work quite hard.

But what of the work? Well, as you’d expect from the Gagosian, there are a few big names, in fact, a lot of big names: Sol Lewitt, Rachel Whiteread, Robert Rauschenberg to name a few, but also some younger artists like Davide Balula, Tauba Auerbach, William Daniels and Diogo Pimentao, and some dead ones, like Charlotte Posenenske or Piero Manzoni. There’s certainly a minimalist flavour to the collection, but to describe it as such wouldn’t be quite right, and also, as I mentioned previously, there’s a feeling of material richness that is perhaps the product of seeing so many different artists together, or alternatively: just good curation. 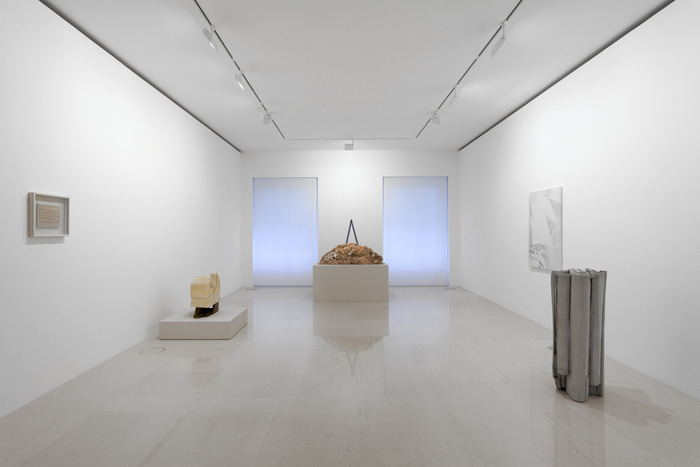 The stand out moment of my day came when looking at the dark sculpture in the second room (Diogo Pimentão’s Stand Turn, 2013). A free standing concave object made of paper and graphite, black matte, on one side of the concave the material is two ply, on the other four, the top of the object is too tall to see the top, to see how the widening is done: when you circle the object the hidden fold is revealed, its magic properties laid bare.