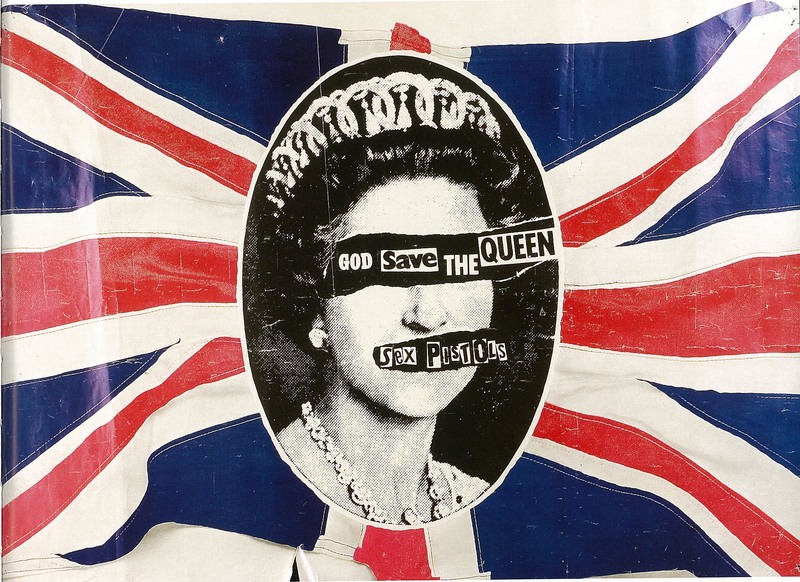 So sang Crass in their 1978 track Punk is Dead... And the big time promoter in this instance is the French state via Cité de la Musique, where, from a certain perspective, Punk suffers the final ignominy of transferring from cultural reference or product for sale to vitrine protected cultural artefact to be perused by head-nodding, chin-stroking, pram-pushing families on a sunny Saturday afternoon. 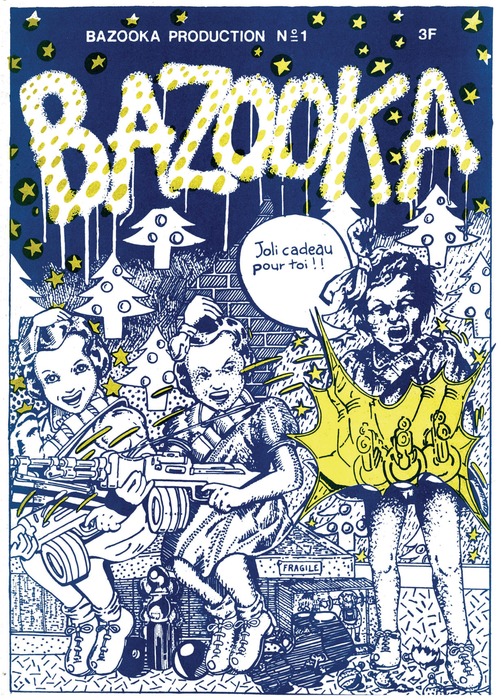 From a different point of view it was thirty years ago... And if you're going to preserve something / brutally reify it into a palatably neutered Art Historical tit-bit for easy consumption by the bourgeois classes, then you may as well do a reasonably thorough job of it, and on this front the show can be considered a success: including, as it did, not only a wealth of fanzines, poster art, flyers, illustrations and collage from the likes of Kiki and Loulou Picasso, Bernard Vidal, Gee Vaucher, Rosław Szaybo, Jamie Reid, Peter Fischli and more, but also a selection of clothing from Dame Vivienne Westwood, and videos of performances by a great selection of bands. And not necessarily just ticking the immediately obvious boxes, a whole raft of interactive possibilities were also on display: a badge making machine, a recording studio where people could learn to play punk songs and a screening of Wolfgang Büld's "Punk in London" documentary.

This comprehensivity (if that is even a word) does have its failings though, perhaps in the interest of simplicity, or maybe to avoid the internal division and squabbles (which were in a way just as intrinsic to the movement as anything else), Europunk lumps together bands and artwork that would have respectively been referred to as Punk, New Wave, Krautrock and Post-Punk, and maybe, in its spit flying, safety-pin pierced, pogo representations failed to acknowledge the politics and cultural context behind it all. There was also a certain irony with this show being exhibited in a country where Punk never happened (please correct me on this if I'm wrong), and also a problem with the seemingly arbitrary exclusion of the US punk scene and the bands that were so influential: Bad Brains, Ramones, Minor Threat, Dead Kennedys…etc. 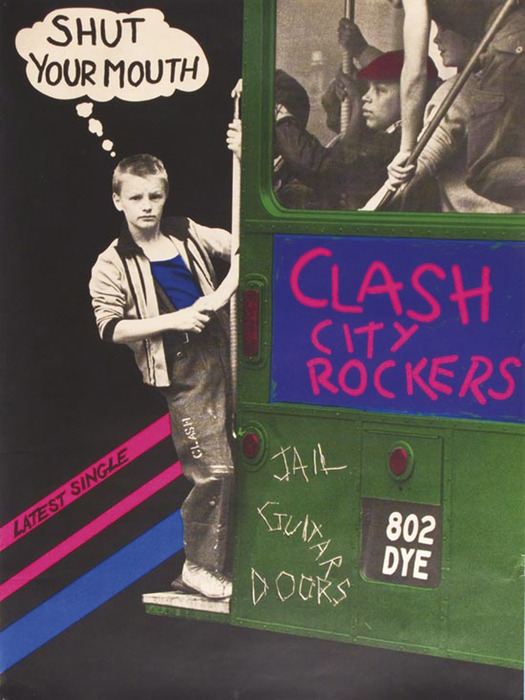 Clash City Rocker, The Clash,1978; Courtesy of the artists.

In the end, it was a historical exhibition that showed an admirably progressive spirit in terms of trying to reach beyond the dry simplicity of things being shown behind glass cases, and in this way could be a model of good practice (perhaps why it was so full of kids). The problems are due to the fact that—as anyone who feels a bit of the punk spirit in their heart knows—punk music, and punk culture, don't, even today, fit very comfortably into this kind of context and it's hard to escape the "establishment" violence behind these kinds of gestures; there is just no way to do it sympathetically. As my companion at the exhibition commented, while we were watching two utterly conformist girls trying to work their way through a few chords in the studio, the most punk thing that could happen here would be to go in, turn everything up, smash the shit out of it, vomit in the corner, offend everyone, and leave.

Under the Radar: Caroline Augusta | Nancy Marcum | Almudena Blanco
5/6/17
COMMENTS (0)
ArtSlant has shutdown. The website is currently running in a view-only mode to allow archiving of the content.