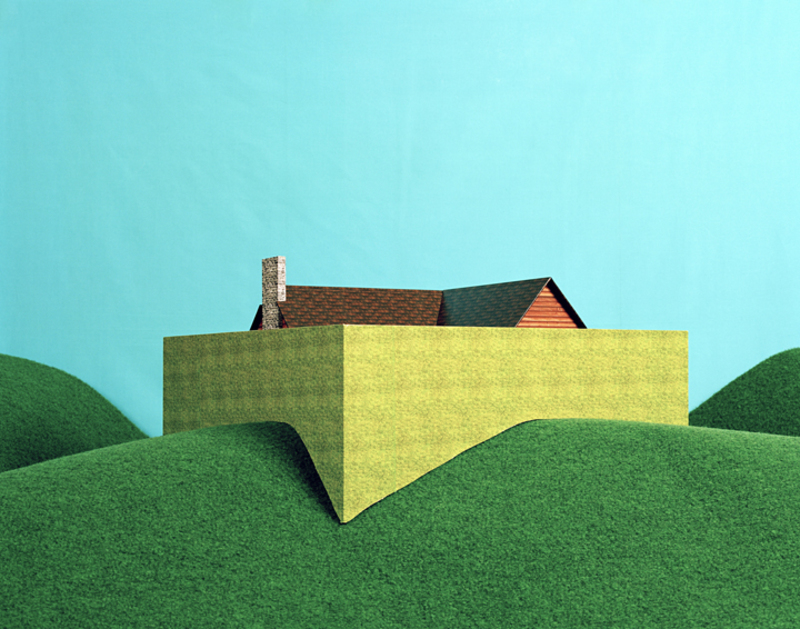 What Do Kim and Kanye Have to Do with the New Photography Aesthetic?

I'm a bit late on the whole Kanye craziness, but have, after a couple of hours of jaw dropping internet research, finally arrived in apocalypto ego-mania land. Wow. It is a special place to be.

It's like there's the purest form of intoxication in what he's saying and in a sense at a certain point his inner sense of being a god-ness almost becomes logical, like it's the pinnacle of self enactment, and like the next-big-thing motivational seminars. The interesting thing though, besides the wonder at someone so nakedly baring their soul so uncomfortably in front of an insouciant Zane Lowe, is this quest for the new; you know, he's convinced that he is actually the next big thing and is going to be so big you won't even be able to see him in the end, like you'll only be able to stare at the mist covered foothills of Kanye, to approach would be too dangerous, uncharted territories and all that.

Anyway the curious thing, and the reason why I'm telling you all this is that I too find myself being grandiose enough to talk about the next big thing, and Kanye is implicated. Writing about 'Bound 2' Jerry Saltz gives Kanye's video a favourable review, identifying in it 'the next big thing', or as he terms it 'the new uncanny'. And there might be something in it. You could definitely say that I got a sense of the familiar made unfamiliar, and, perhaps more importantly in this context, the unfamiliar being made a little too familiar (if you get me) while watching Kanye: motorbike, Kim, eagle, etc.

But more than that – and this is where things get really scary – there is actually something in the aesthetic of the video that connects with a lot of the visual blogs that I'm coming across via a Parisian based but Zurich focussed art/fashion/culture magazine called Novembre. And again I don't know if this is me being behind the time or what, but there feels something very new in what's happening here; we see a progression of seriously arresting, weird, immediate images, which make progress down the page somewhat compulsive.[1] And what's more the format produces this constant juxtaposition and progression of images. It's the perfect medium for the post-internet goldfish attention spans. But of course at the same time it's brilliant. While it's almost impossible to identify a single trend within the variety of blogs, if I had to identify an aesthetic theme I'd say there was a celebration of fakeness, but pushed so hard towards the fake it becomes very real, and also a mechanism where it is the connected aesthetic sensibility that is more important than any one single image; it is the curating of all the visual detritus of the internet from high to low. Maybe the main point of reference for this new image presentation and its associated aesthetic is the influential 'Toilet paper' magazine by Maurizio Cattelan and Pierpaolo Ferrari. It's really an incredibly refined form of photography, a surreal progression of surreal compositions colour saturated to within an inch of their life. It does perform the trick of the uncanny, but I don't know if this is new uncanny, or the same old uncanny revitalised. 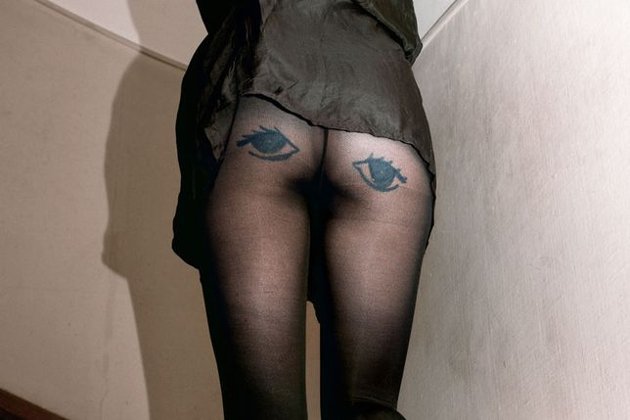 However, the point of this absurdly long introduction is that it was via Novembre magazine I heard about the ECAL photography exhibition, which is logical as ECAL is a Lausanne based design and photography school. Within this exhibition I'd say there was the possibility to see this new trend in image making, not only in the particular colour palettes of some of the photographers (or perhaps 'image makers' is a more appropriate term), such as Romain Hügli, Thibault Jouvent, Nicolas Haeni or Nicolas-Guy Kunz, or the immediacy and fake realness of Philippe Fragniêre, Tiphanie Mall or Sabrina Gruhne, but also in the show as a whole, which was, in its own way laid out in the same way as a blog or a magazine: image after image laid alongside one another, without anything like a narrative or structural thread and yet still, in its own way, works.

I would say that the reason for this is that the single identifiable trend throughout almost all of the work was to create a very arresting and immediate image, which in itself seems obvious but hasn't always really been the case; very often it has seemed as though the supporting theoretical framework has taken precedence over the actual impact of the final product. As one of my companions at the gallery pointed out, this work is kind of shallow, and it's hard to get an idea of any of the individual's oeuvre, when you only get one image placed next to another, without any exploration; but still, this is the point. The idea of surface being everything isn't a new idea of course, but this iteration of the same thing perhaps is; we don't see the element of implicit, albeit aporetic, critique as we do in Pop art or its later Murakami/Koons expressions, and in its scattergun diversity there might be something of Eggleston's conception of 'democratic' photography, the idea that potentially everything can be interesting, and that, if anything, our times could be recognised via this extreme, digital, disposable bricolage. 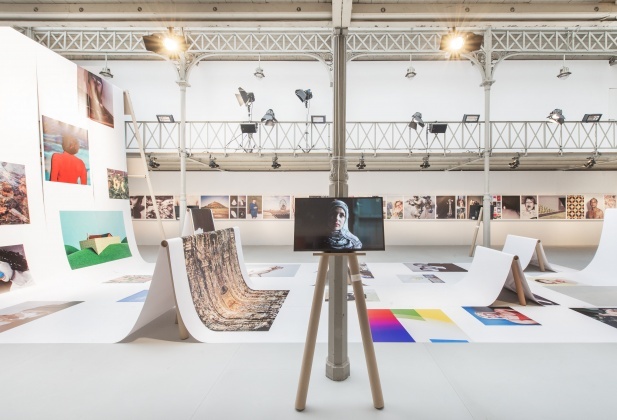 Unlike Kanye or Saltz I'd perhaps stop short of proclaiming this the future; it might however become a strong current within the myriad flows, trends and pathways of contemporary art, and even perhaps the identifiable signature aesthetic of our time. Which is of course quite a claim, and also perhaps exactly what you want to see from a graduate exhibition. Bravo.