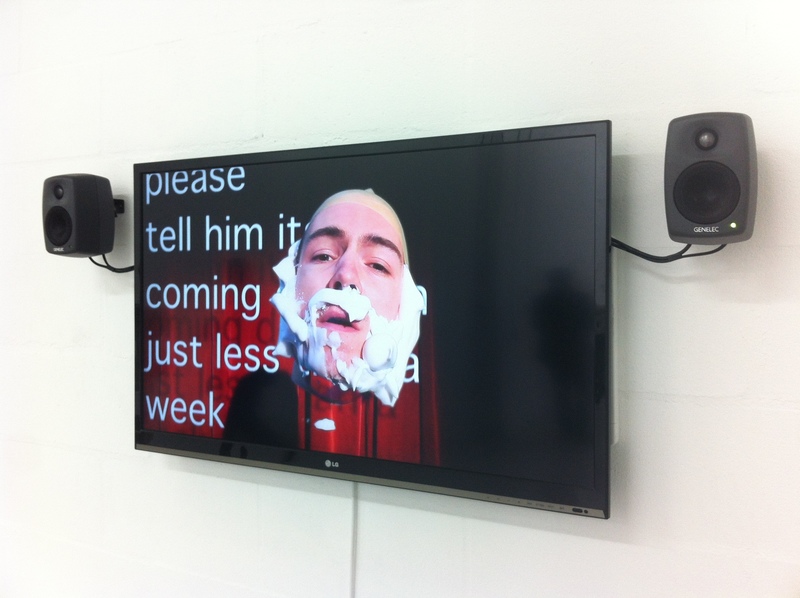 As a person who "looks at art" for a living, there is always the occupational hazard that one or more of your loved ones will become caught in the crossfire; out of desperation to have a partner-in-crime to schlep to a West London gallery and look at the New and the Brave, there is always the chance that a friend, a significant other or an acquaintance will be coerced into looking at, say, a video-artwork of a troll-doll with a talking anus, or a "performance installation" which utilises a series of plastic gherkins and hopes to describe the atmosphere of a single-parent home, and will leave for home feeling less enlightened than ever. It's an experience which throws your own looking-at-art profession into sharp relief: the kind of activity which visitors from another planet might view as a mystifying, surreal and somewhat quaint waste of everyone's time. Having queued in the Godforsaken frostbite of a London winter for a reasonable period of time (a gallerist, later, on Facebook, referred to the situation as being "like Studio 54"), I found myself standing before a painting of Homer Simpson – executed in masking tape, wasabi sauce and English mustard – with my own partner, T. 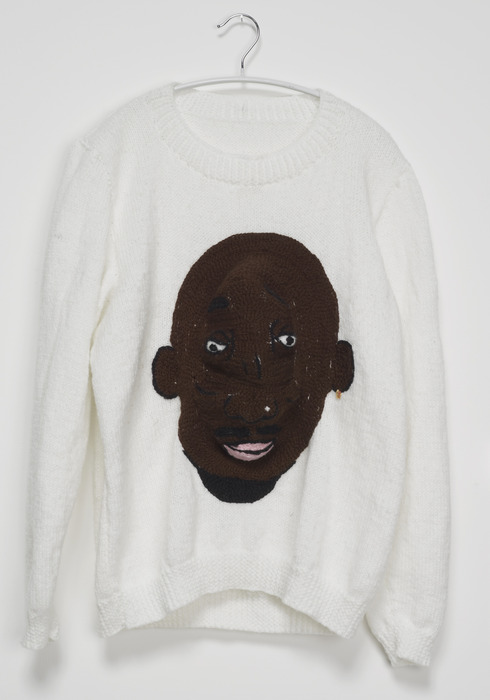 "Here we are again," he intoned with the damp-eyed resignation of a Vietnam vet; a disappointed vacationer in a world where little made rational or conceptual sense. If I were tasked with expressing exactly why we had travelled, on a Tuesday night, to see a short clip of a man engaged in naked yoga on an exercise ball set to raging techno music, I would have been at a loss – the vernacular falls apart when faced with anything outside that insular art sphere. Was he having, I wondered, a PTSD-style flashback to a far-earlier second date, on which I'd forced him to look at some Flavin numbers ("numbers" being the operative word, as the pieces, of course, are too lofty and minimal for mere titles)? Given that T. is a Writerly writer – the kind who leans on fiction, rather than on the business of quantifying whether an outsized balloon dog or a sexual performance scenario starring Snow White is empirically 'Good' or 'Bad,' for a crust – I thought as an experiment, I'd give him an opportunity to describe the Bloomberg New Contemporaries experience: to show us where on the doll contemporary art touched him, or something like it. This was the result.

"It seemed to me," he began, "that a lot of the exhibition was playing with the longevity – or lack thereof – of art in today's world, and more specifically in the world of the gallery-as-spectacle, which is certainly how the night presented itself. I can only liken many, if not entirely all, of these attempts to the last moments of some kind of vague and very simple bivalve, accidentally stomped on the beach, decaying in its own bubbling matter lurching from side to side and emitting a thin stream of mucus."

"Take, for example, the lurching, bug eyed face of the man proclaiming from a video installation, his head shaved off below the neck, covered in shaving foam. He intones: 'Do you know that this won't be here in a week?' – itself as mundane a comment as might be expected – and then repeats it, eventually fading into a half-formed murmuring 'der der der', before finally decaying into glottal bass-heavy bellowing, exactly as though there was too much 'dead air' to fill."

(It appeared by this point in his missive that I'd made a grave error in choosing this show as the site of a 'date.' He continues:)

"I get it – it's to do with decay, and transience. It's to do with what can be put on a wall. It's also terminally boring, and akin to some short, fevered micro-dream one might have resting one's head against a fellow passenger's unwelcoming shoulder on a short bus ride..." 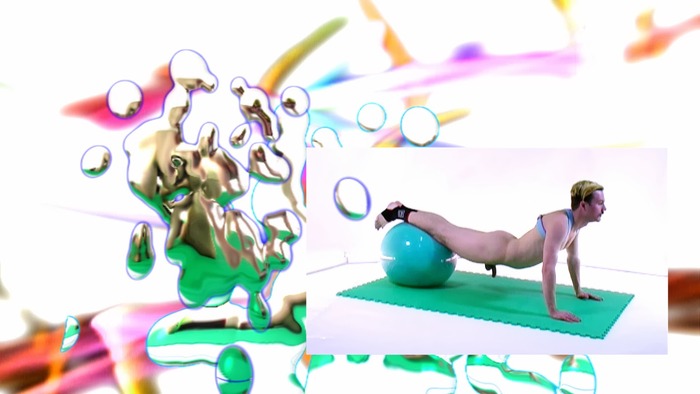 This, then, is the New Bloomberg experience in a nutshell: contemporary art so Contemporary that to try to define it immediately is problematic. The Shock Of The New endures – in my eyes, also, admittedly, as I moved from artwork to artwork in some kind of an out-of-body daze, at odds with my usual opinionated persona. More sobering than the lack of a visible open bar was the idea that I had become a reviewer so out of touch with the latest trends in art that I had no explanation for the experience as a whole. I have always been an old soul, and now it appears I'm an old fart, as well.

(Still: it's a bonding exercise, of sorts, and as such, I'll be certain to thank the ICA – and Bloomberg, by extension, I guess – in my next Hallmark card.)

Posted by Philippa Snow on 12/4/13
RELATED ARTICLES
COMMENTS (2)
Bloomberg - Retreading the Contemporaries of Yesteryear
I was in London last week to try to see various exhibitions including the retrospective of Anna Mendieta at the Hayward and Paul Klee at the Tate Contemporary In my travels, I am in and out of Charing Cross, so I typically stop at the ICA as well. I had a slightly different take on things, than the reviewer. Walking about the bottom floor gallery I was struck by how little had changed, that the familiar tropes of abstract painting, minimalist sculpture and conceptual art were being retreaded and trotted out yet again. (Although there were some... interesting approaches embedded in the materiality of the work.) I found myself thinking that despite a tenfold increase in access to historical content, the art schools ignore the evolution of the field(s) and concentrate on training journeyman (in the tradition of Britain's arts and design trade schools) rather than intellectually enabled, contemporary innovators prepared to interrogate the field and forge new paths. Upstairs (the first floor in the UK) held the bulk of the video work. Concurring with the author and her partner, some of it was the worst sort of self indulgence, masquerading as creativity. In other cases there was a sense of thoughtful interrogation of the medium; in particular I am thinking of a work on labor, another examining the materiality of a parents home, but the most satisfying for me was a provocation within a housing estate. Here were some thoughtful moments, interrogation of space, place, culture and time with a bit of depth, notable creativity and a sense of rigour. There is hope....
Comment by: Timothy M Collins on Wednesday 12/11/13 at 12:42 AM
title of comment
My first foray into public reaction to an artless art world. Miami, the question of contemporary art being too contemporary, and notions of a critic being too old to get it anymore. THERE IS NOTHING TO GET! Art died long ago, and the money that keeps a shallow facsimile alive is more and more mispent. But the wealthy don't care, its all they have, and the dealers and artists that cater to the sham are contributing to the deceit. The tragedy is not that the walls of the rich are adorned with crap, its that the once noble tradition of art as the only responsible conscience of humanity has been forsaken in favor of novelty, self parody and fraud. Art fairs? galleries, dealers, artists? all as criminal as the securities traders on wall street, and no more attractive to look at.
Comment by: T Hildebrandt on Tuesday 12/10/13 at 3:45 PM
ArtSlant has shutdown. The website is currently running in a view-only mode to allow archiving of the content.