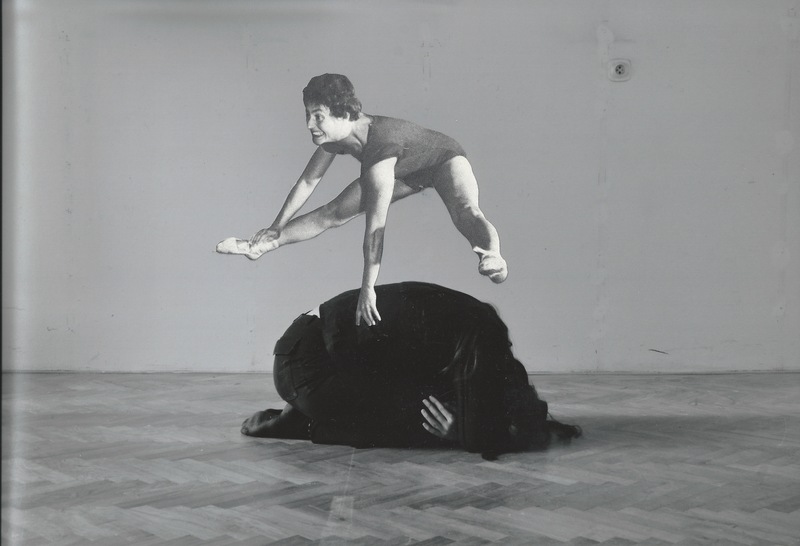 Bureaucracy is as much a part of France’s mythic national character as wine, cheese, or chicness itself. I began my month long stay in the City of Light (a light which, I’ve noticed, emanates mainly from the Eiffel Tower, twinkling dreamily through the upper-floor windows of those who merely want to sleep at night) prepared to dismantle these clichés with encounters and anecdotes testifying to their opposite.

Unfortunately, the difficulty with which I finally breached the perimeter of the 40th edition of the FIAC art fair doesn’t seem to surprise anyone. During the afternoon press preview on Wednesday, after being herded through a maze of crowd control barriers, I ascended the steps of that remarkable Beaux-Arts paragon, the Grand Palais, and presented my credentials to the uniformed fonctionnaire at the check-in booth. "C’est une drôle carte de presse," she said, turning the card over in her hand before informing me that it is not, in fact, a real press pass. 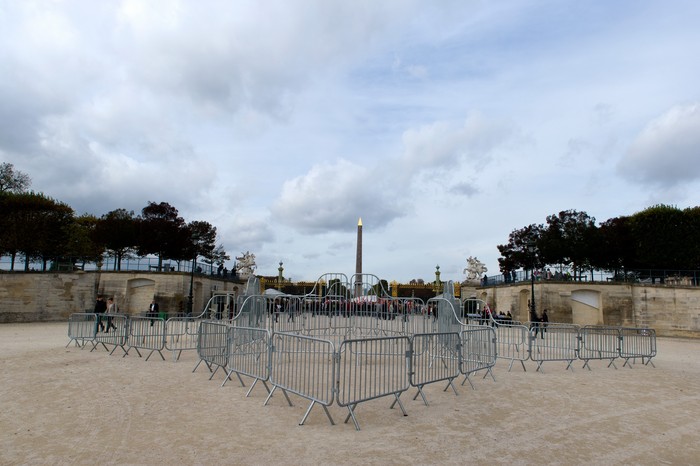 Whenever asked by non art-world outsiders—an important group to always keep a hand in—what an art fair is exactly, I respond that it’s exactly what it sounds like. It’s when galleries from all over the country or all over the world gather in one spot, and each gallery has a booth or what have you, where collectors can buy work directly, and—here I’m really trying to sell it to the incredulous provincial—it’s open to the public as well, so anyone has the opportunity to visit hundreds of galleries at once, and expose themselves to the most contemporaneous of contemporary art. The public part is being emphasized by FIAC’s Hors Les Murs initiative, in which galleries present large-scale works in hallowed public spaces around Paris. Didier Faustino was prescient with Memories of Tomorrow, 2012, an arrangement of crowd control barriers in a shape that consciously echoes that of a 17th century La Nôtre garden, over at the Tuileries—away from the tangle of selfsame barriers snaking around the entrance to the Grand Palais toward the more direct purpose of separating and restricting the flow fairgoers by the price of their ticket. 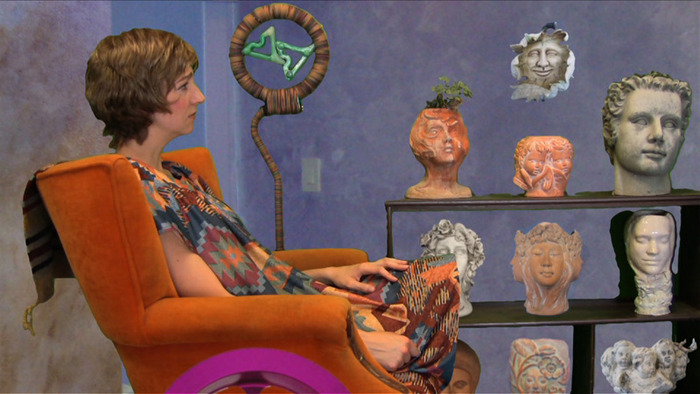 Once inside (after several phone calls and some profuse apologies), the homogenous yet hierarchal effect of the art fair format was yet apparent. Though the uniform flanks of white cube booths tended to flatten certain qualities of each gallery, their size and location betrayed other sorts of information. I did honestly enjoy breezing through Larry Gagosian’s two-part space, punctured by cut silhouettes (courtesy, I believe, of Richard Prince, though if there is one thing lacking at an art fair it is usually information about the art) giving testament to the law of cartoon-physics that any character “running towards a solid body at sufficient speed will pass through and leave a hole exactly the same shape as they are.”[1] Despite his reticent-cowboy powertrip persona, I find something very generous, gestural, and almost sweet about Prince’s work—a why-not ethos that makes him a perfect gateway drug for disaffected youth just discovering art. Why not put the polka dots all over the lady. Why not paint the mailer card really big. The favorite detail I witnessed, though, was the tendency of smaller, younger galleries, like Mexico City’s Kirimanzutto, to eschew slick pre-printed wall labels in favor of pencilling the artists’ names directly onto the walls, making the temporary nature of the whole thing manifestly evident. 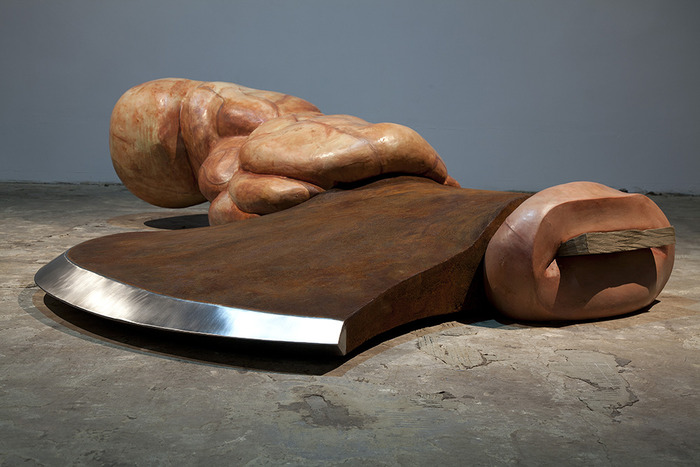 The fair runs through Sunday, and I recommend sticking near the Grand Palais, where the majority of the round-table talks and artist film screenings will take place, especially Chris Teerink’s emphatically not-a-biography of Sol Lewitt, showing this Saturday at 2pm and followed shortly after by Pierre Assouline’s acclaimed documentary of the famed photojournalist Henri Cartier-Bresson.

(Image at top: Eva Koťátková, Now How People But But What Moves Them, 2012, black and white photograph and collage, 30.5x20.5cm, © Eva Koťátková, courtesy hunt kastner.)