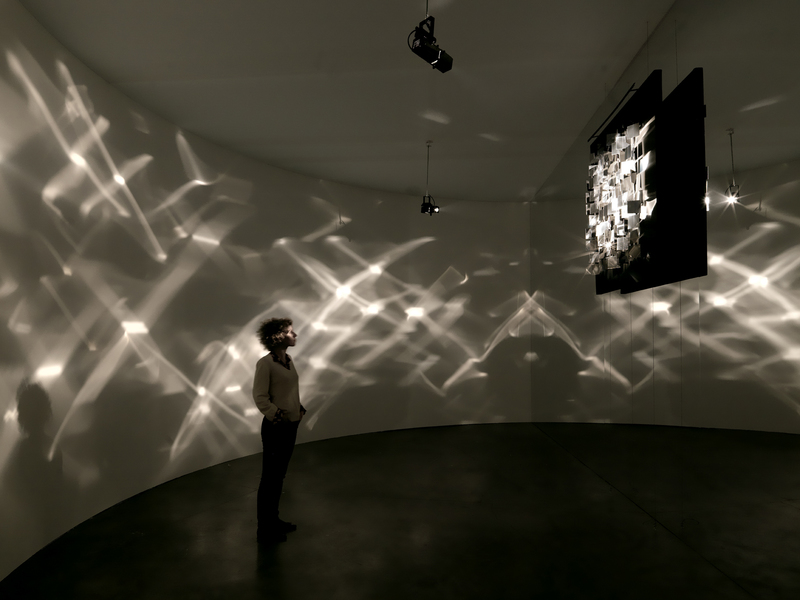 There's part of this job that involves trying to use words to conjure the experience of an artwork or an exhibition for the reader. From the second I entered this show I realised that with the work of Julio le Parc – no chance. There's no way that I can tell you even a fraction of what the experience of being in this show is like. Not least because just finding your way through the first immersive sculpture – a small fully mirrored room full of tightly packed full length hanging mirrors that are slowly rotating – is next to impossible. I was pleased I overheard the gallery attendant telling someone entering after me where the door was. And this wasn't the only moment of total disorientation.

Julio le Parc is an Argentinian Op artist who rose to prominence in the sixties and has since built a fifty-year body of work using the elements of visual disturbance, the play of light and movement, immersion, interaction – and a very particular sensibility.

I have to hand it to the Palais de Tokyo, as Paris' leading institution for contemporary art (in the opinion of this humble journalist), to put someone like him at the forefront of their new season was a great decision; the space perfectly complements the work, and his profile fits that of the institution. This means his work is very good. There's not really another way to express it. It's actually so good that I find it a bit difficult to maintain a critical distance and must add the caveat that it does include a lot of elements of which I'm particularly fond, most notable the ideas of immersion and interaction, and the elements of play. There are few things greater for me than to find myself lost in an artwork, and this I quite literally did several times.

Palais de Tokyo is also big enough and flexible enough to accomodate all of his work. We might say that it's split into two sections: the first is dark, black and white geometric, mirror, light bulbs; the second brightly lit, full of games and containing things with buttons that do things. There are also punch bags. 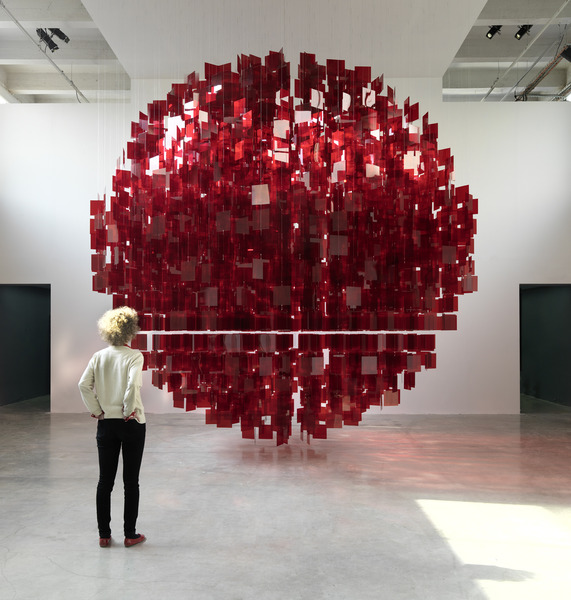 The thing about Le Parc is the sensibility that I mentioned earlier; it manifests itself as what we could call the antidote to the criticism that is often leveled at Op art, that it's tricksy. What we see with Le Parc is best described as a painterly sensibility – there is strength of line and form, or composition in the plays of light that he creates; they are balanced and discrete if not quiet. Quiet is not an element in this work. It immediately grabs the eye with the captivating strength of light and movement, kind of like a television in the corner of a pub – although obviously much much better. Hypnotic is I guess the word.

Another element I particularly enjoyed was that all of the mechanisms are both obvious and simple; you can understand exactly how the thing is working – again not tricksy – but it simply leaves you aware of the gap between the way it works and the effect it creates, in that one is much bigger than the other. Light builds, small motors, opaque and reflective surfaces, geometrics: there are the tools, and they are very real. The effect can be very close to what we call sublime. Another thing I must mention about mechanics is the sound of the motors that drive the simple movements; metalic hums and the click of switches, they fill the gallery space and form the perfect backdrop to the work – though one imagines the experience of seeing the mirror mobiles would be very different in perfect silence.

As you can probably tell by that last paragraph, I was more taken with the first half of the exhibition than the more playful interactive work later, but this might simply be a product of that fact that I didn't have quite enough time to spend in there, having squandered most of my time in the first half. I must return.

I understand that I've not really described the show but you can do the research yourself. In fact, here is my one criticism: the images supplied by Palais de Tokyo don't really do justice to the work. In conclusion, if you are in Paris I guarantee that if you go and see this show you won't have wasted your time.

(All images: Julio Le Parc; Courtesy of the artist and Palais de Tokyo)