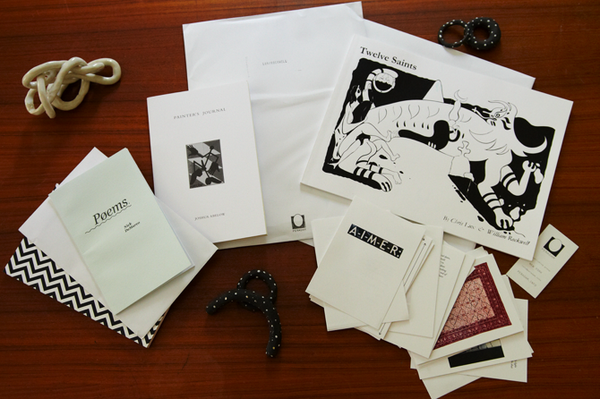 When René Daumal wrote Le Mont Analogue: Roman d'aventures alpines, non euclidiennes et symboliquement authentiques (Mount Analogue: A Novel of Symbolically Authentic Non-Euclidean Adventures in Mountain Climbing) in 1952, it marked the first use of the word “peradam” in the history of literature. Peradam gestures toward the concept of an object that reveals itself only to those who seek to discover it. Le Mont Analogue details the tale of the discovery and exploration of a mountain that exists and ceases to exist simultaneously, making the experience of climbing it a pilgrimage imbued with purpose and entirely meaningless, all at once. Ultimately, the text calls into question ideas of dream-space, journeying, the unknown and the equally daunting known, and the relationship the traveller’s body has with the physicality of geographical terrain. Though Daumal passed away before the book was completed, it was his drawing of the notion of peradam out into the daylight that incited the imagination, paving the way for a myriad of other cultural texts.

The allegory and mysticism behind the idea of an item that can only be found when sought is just the right kind of framework for the nouveau publishing group on the block, Peradam. Directed by artist-cum-worldly-woman Elizabeth Jaeger and Harper’s Magazine’s Sam Finn Cate-Gumpert(best friends since age four, both San Francisco transplants to Brooklyn), Peradam’s mission is bit of a shape-shifter, aiming first and foremost to meet the needs of those they spotlight.

“The form [of each publication] is defined by the content,” Cate-Gumpert tells me when we meet one rainy Friday evening, shouting over the din of The Shangri-Las blasting from speakers at The Commodore in Williamsburg. Thus, Jaeger and Cate-Gumpert are facilitators of an integral process of discovery and play, one that brings the artist identity away from the box of the studio, and situates it within public space for those who desire contact with the act and documentation of making—an artist’s journey, as found in their process—as much as with the final product.

Meeting at The Commodore is somewhat of a cyclical journey in itself for these two travelers. It was over dinner and drinks at the Williamsburg hipster haunt that Jaeger and Cate-Gumpert first thought up the idea nearly a year ago. Before arriving at her Peradam, Jaeger left art school for liberal arts schooling, and then eventually left the liberal arts to travel abroad in France; she self-defines as an artist that “…make[s] really huge sculptures.” Cate-Gumpert—currently Assistant Art Director at the renowned Harper’s—when asked about how he discovered his Peradam, explains: “When in college someone asked me my senior year what I wanted to do in life, and I really didn’t have an answer, the first thing that popped into my head was that I wanted to work with artist books. My career trajectory has followed that path.” 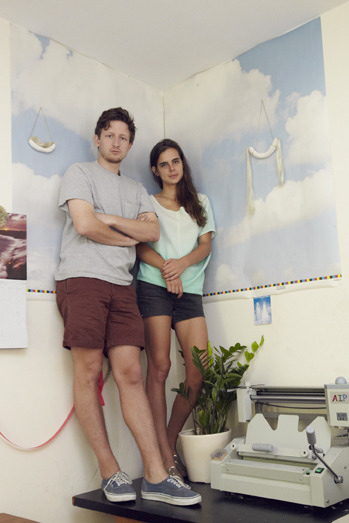 Jaeger and Cate-Gumpert are opposite sides of the same coin: the former intensely devoted to the design and aesthetic of each edition they run, the latter keeping a close eye on content. “We are approaching people that we are attracted to,” Jaeger explains. “A book is such an amazing tool to get to know someone. The relationships we form with the people that we’re working with are so particular, and so intimate.” An alternative to their glossier counterparts, Peradam vertically integrates the artist, the artwork, the publisher, the art studio, and the design studio in one swoop. Working with Jaeger and Cate-Gumpert, artists get to place two hands on the wheel in negotiating how they want to shape their projects, a unique distinction to make in an era where often the artist’s vision is thrown by the wayside in the interest of prioritizing commercial capital alone.

With eight books under their respective belt featuring recent work of a diverse gamut of artists such as Joshua Abelow, Nick DeMarco, Sarah Elliott, and Chris Lux, the Peradam pair is poised for an exciting Fall season. Queen-bee-on-the-rise (known to oft paint the town—and the stage—in drag), performer Alexis Penney, also a transplant to the East by way of the West, is slated for an upcoming edition. Penney’s book will feature diaristic snapshots and ephemera that explore the artist’s  coterie and his career as a musician and artist making their mark on the downtown New York City scene.

All books printed by Peradam are available for purchase online, as well as in a variety of stores both in New York, California, and beyond, with the goal of expanding within the next year. In short: search and ye shall find. Your Peradam soon may be just around the corner.

Posted by ArtSlant Team on 9/16/12
Tags: artist books
ArtSlant has shutdown. The website is currently running in a view-only mode to allow archiving of the content.