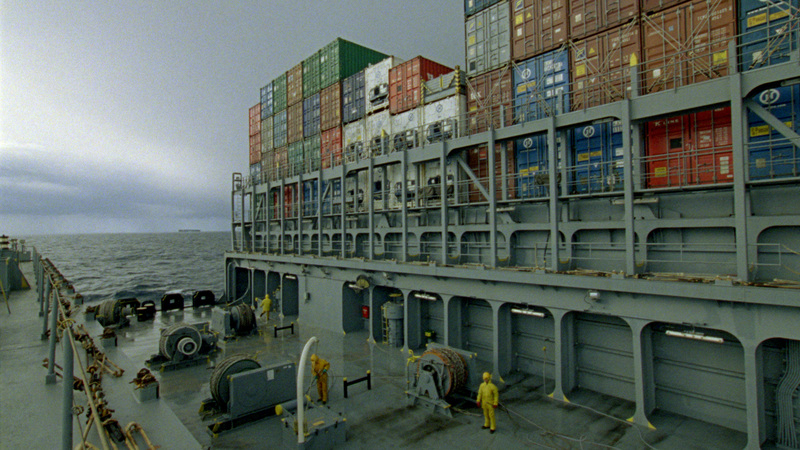 I was looking forward to The Forgotten Space for a number of reasons: my longstanding interest in shipping, in travel and in adventures on the sea, of course, but also because I have followed Noel Burch’s and Allan Sekula’s work since I was a graduate student. Having done my time as a student of Annette Michelson at NYU, I was among those brainwashed into believing that, after Noel Burch’s To The Distant Observer there was nothing left to say about Japanese Cinema. And coming to work on early cinema in the 1990s, Life to those Shadows was still at the top of the silent cinema bibliography. Likewise, Allan Sekula’s work, particularly his writing, has left its stamp on my thinking. Photography Against the Grain and “The Body and the Archive” gave me the foundation for all that I said about the Nazis’ relationship to the photographs in their archives, to documentation, and to the role of the photographic image in their obsessive and excessive exertions of power.

As often happens when expectations run high, I was disappointed by The Forgotten Space. There is no doubt that the film is interesting, and its discourse on the “forgotten space” of the industrial world — here exemplified in the transportation of cargo by container ships — that nevertheless is still the lynchpin of post-industrial, global capitalism is an urgent critique. Similarly, the film was sophisticated for its use of the route of a cargo liner — from Rotterdam, to Los Angeles, Hong Kong and Bilbao, among other ports of call — as a structure for a film that charts the demise of the industrial in a post-industrial world that displaces, alienates and exiles in the interests of proliferating a material economy. Ultimately, the Marxist intention of the film, to document the deterritorialization of the human, and the eradication of manual labor via an image of containers locked onto a cargo deck as it sails the oceans, is ingenious. 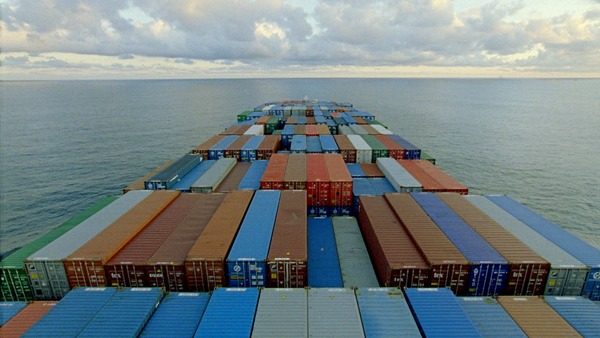 The film’s documentary aesthetic is potentially interesting, especially given its refusal of the drama and dynamism that has fuelled the very systems it critiques. However, even at this level there are inconsistencies that couldn’t be attributed to the contradictions of a Marxist dialectic. The talking heads, serial long takes, somber voiceover, are periodically interrupted by digital elisions, eclectic and self-conscious music and heavy-handed time lapses. My guess is that these interruptions to the aesthetic were intended as just that: interruptions to accentuate the critique of modernist rationalization as it might be communicated in the objectivity of a documentary camera. But again, as Dore and I discussed, I wonder if we have reached a moment in the history of documentary cinema when the modernist critique of the big brother who grew up as a result of the industrial revolution is, in itself, now a standardized, white, heterosexual, male middle-class discourse? Afterall, this line of argument is now so familiar that it has of course been co-opted by the political and cultural machine to oil its own engines. But as my friend Dore said, in discussion of the film over French comfort food, the film doesn’t always know what it wants to be. The Forgotten Space is torn between being a film about the maritime world, about the demise of the shipping industry, about the human fallout of global capitalism, and about the myth of post-industrialist beliefs. The film’s connection to the maritime and the sea seems to be a purely narrative ruse or prism through which to deliver the critique of global capitalism’s fantasies of standardization. When the film goes to ports such as Guandong, it does so under the auspices of a visit to factories in which the Chinese workers are busy making the objects that will fill the containers, objects whose production has grown exponentially to feed a global economy. We know these images in the Guandong factores well from the photographs of Andreas Gursky and Edward Burtynsky, even Charlie Chaplin's Modern Times. But the connection to the sea is remote in such ports. Even in ports where all big cargo liners dock, such as Los Angeles, it’s difficult to know the relationship between what the film does there — namely interview people who have lost homes, families, livelihoods, that is, those who are the human fallout of global capitalism — and the maritime world.

In discussion after the film, Noel Burch kept referring to the fact that an unspecified “they” had censored the film for “obvious reasons.” However, it was not at all obvious to me why this film might not yet have a distributor in France, why it has had limited release elsewhere, or that it was indeed censored in the way that Burch seemed to want to claim. Similarly, in light of the generous support given the film production in Europe, together with its prize at Venice, it was not entirely clear who the “they” doing the “censoring” might be. I got the sense that Burch thought the film was too radical in form, too searing in its critique to be accepted, let alone promoted by the paradigmatic forces that are its subject. However, the question I came away with was whether the film’s limited success and limited release might actually be due to its unevenness as a film, rather than the result of any damage it might do to the economic and political empire.