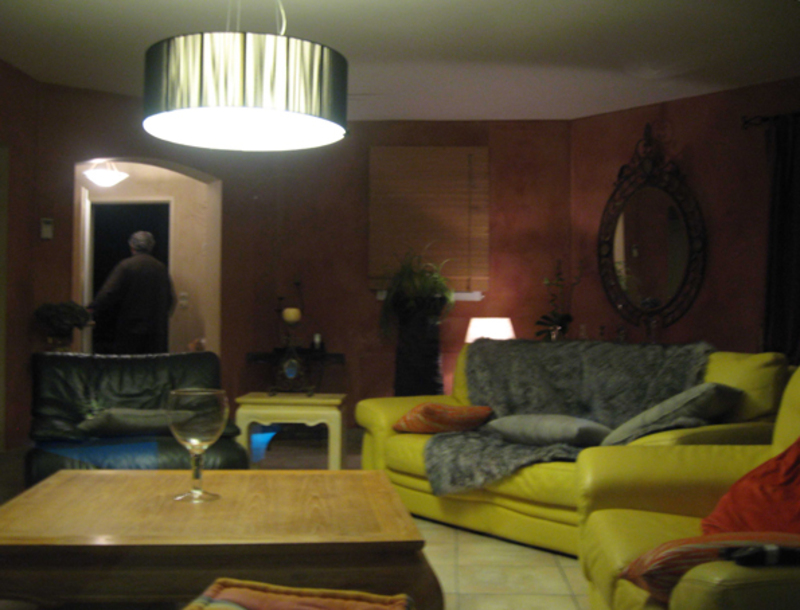 by Frances Guerin
For those of you who have never ventured into the wiles of the Gare d’Austerlitz neighborhood in the 13th, you need to plan a trip to hospital. In the gardens of the Hôpital Universitaire la Pitié Salpêtrière is the 1677 L’église Saint-Louis, the hospital Chapel (47 Boulevard de l'Hôpital, Paris 75013; Tel: You won’t find any tourists here. True to its function as a place of worship for the sick, their families, and the staff in attendance, in the 17th century, the classical structure — a rotunda under a domed cupola with four radiating naves and a chapel tucked in between each nave — the space is heavenly.
The title of the exhibition, or selection of photographs add yet more complexity to the images: La Puissance d’Aimer. And it’s the often absence of visible representation of love that makes this collective umbrella intriguing. L’Autre, créé le 6 août 2010 depicts a head and shoulders either facing towards or turned away from the mirror in which the camera finds the figure. The mirror might be placed at the top of a staircase with the beginning or end of the old banister in the foreground. The figure might look out a window, the door might just have been opened as indicated by a shadow on the left, or perhaps a curtain is drawn back? And who is the other? Is it that of the mirrored subject, or is the figure caught in the mirror the other itself? In among these psychoanalytical obfuscations, we cannot help but be reminded of Van Eyck's The Arnolfini Marriage, 1434, its obscurity and simultaneous transgressions. In all of Hourcade’s photographs, like the art historical precedents he quotes, love is anything but easy. And neither is it permanent, but rather, it is pictured as fleeting as the (im)materiality of the photograph. 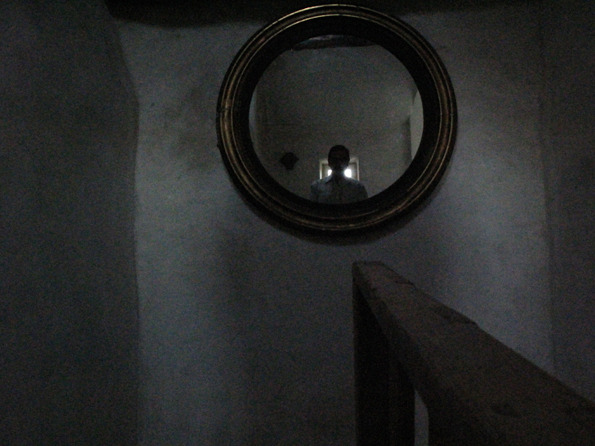 (Image: Patrick Hourcade, L'Autre, créé le 6 août 2010, c-print. Courtesy of the artist)
In turn, the status of the photograph varies from one image to the next. Not only are they pushed to the limits of their boundaries with other media, other centuries, these oversized photographic images don’t always evaporate, or dissolve into the ether of the spiritual oasis of the church. In some cases, Hourcade pushes photography to a kind of hyperreality, where they come to look like paintings of photographs. A photograph such as Renée, créé le 7 mai 2009 is all at once an Andreas Gursky abstraction, an Edward Hopper landscape, and a Gerhard Richter painted photograph. Thus, these mysterious images also seem to travel the distance of the history of photography. 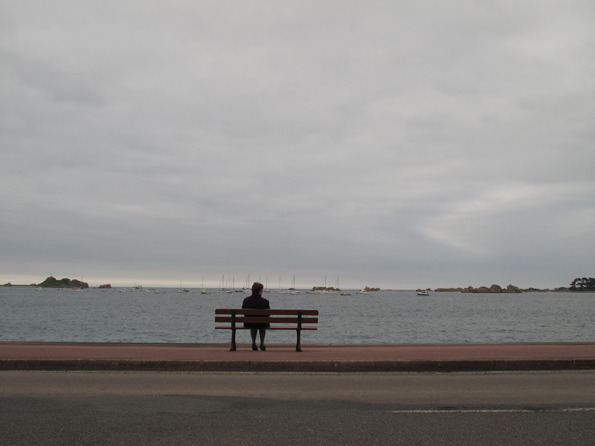 I did come away with one niggling question. I kept wondering whether they would start to mean something different, or even lose their power, if they were placed somewhere else. Even though they are isolated from each other, in alcoves, separated by statues of the saints who watch over them, they work together with the space, and become inseparable from it. I wonder how much of their power and mystery can be attributed to their context? This is not to assume they will be impoverished elsewhere, indeed, their meanings may even proliferate in a different context. But it would be interesting to know if the same power and complexity survives outside of the ethereal perfection of L’église Saint-Louis.

~Frances Guerin, a writer and film-historian living in Paris