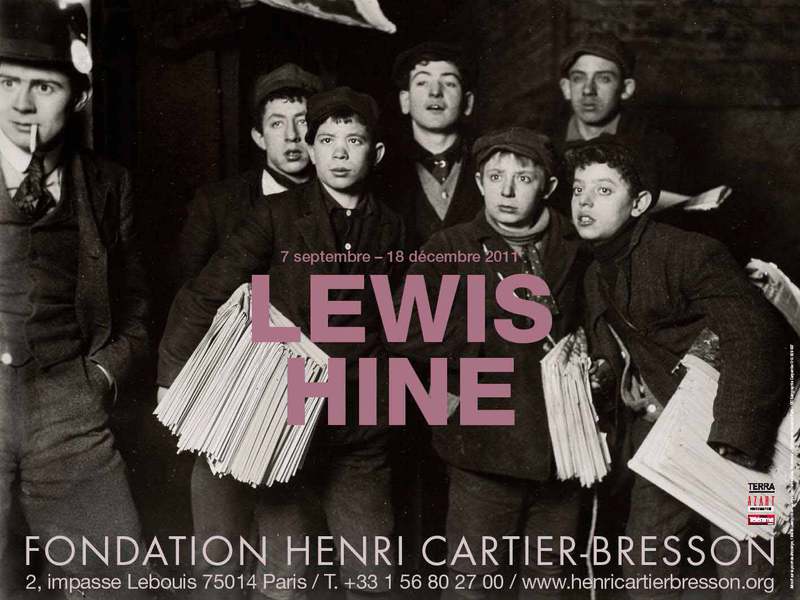 For years I have written about Lewis Hine’s photography as the benchmark of all photographic experimentation and development in the twentieth century. I have discussed his work in reference to, for example, New Objectivity, Soviet Montage, the social conscience work of the British Documentary tradition of the 1930s, and even made reference to it in my forthcoming book on amateur film and photography in Nazi Germany. I have always believed that Lewis Hine’s photography is everywhere present in all of the most important photographic movements of the twentieth century. And, though I am ashamed to say I saw his work for the first time yesterday, I was reassured to find that my claims have not been misplaced. This is a body of work that may have been in the name of social change through documentation of life on the streets and in the tenement houses of turn-of-the-previous-century’s New York City, but Hine’s photography is so much richer than a straight forward documentation of what lies before the camera.

The most impressive aspect of Hine’s work is its breadth and diversity. Not only did he photograph many people in single, full and head and shoulder portraits, but he was equally adept at crowd scenes and group shots. Hine had no problem moving between indoors and outdoors, day time and night time, between figures in motion and stasis. He created images that span a geometrically constructed scene to echo the principles of modernity and industrialization. And with equal proficiency, his vision could be deeply romantic – usually created through his extraordinary dexterity with lighting – at all hours of the day.

Hine’s technique is, to be sure, to be marveled at, to the point where much of the time going around the exhibition, my friend and I were in disbelief at what he managed to make a camera do in the relatively early stages of the technology's development. Through his manipulation of the lighting especially, but also, apparently due to the rapport he created with his subjects that allowed them to trust him and to make themselves vulnerable in front of his camera, Hine gave identity and dignity to subjects who were often struggling just to survive. Thus, we see him continually separate out the figure from its background, bringing it into sharp focus and thereby emphasizing its humanness. When he was indoors, Hine worked with chiaroscuro lighting and typically a softer, more key light outdoors with the result that even if the people are isolated from their environment photographically, they are nevertheless seen as the product of that environment. In some of his images, he also creates a multi-dimensional cinematic world. An image such as Girl Worker in a Carolina Cotton Mill, 1908, not only elicits compassion for the child being exploited for her labor, but Hine’s control of the light from the windows brings the machine, thus the scene, alive. We hear the din of the machines in motion, and feel the intensity of the child’s work. Even though the photographs were taken a hundred years ago, using now outdated techniques, and in spite of their aesthetic beauty, there is nothing nostalgic about them. They may be carefully lit and framed, but they still have the documentary quality necessary to bring the conditions of working-class life to the fore. It was of course his motivation to use photography for his campaigns for social justice. In a photograph such as Poor Home, New York City Tenement, 1910, for example, I marveled at Hine’s ability to capture with clarity every tiny detail of the interior scene as much as I was compelled by the family’s impoverished living conditions. What I did not do, however, was entertain any nostalgia for tenement life in New York City at the turn of the last century. The grittiness of the streets and the dire conditions of life on what I assume was the Lower East Side are the resounding message of these images. That said, there are also images in which Hine manages to capture the joyfulness and play on the same streets, while still emphasizing the poverty. I want to say that these seemingly impossible contradictions are always enabled through his mastery of composition and lighting.

There is no doubt that we see Hine’s photographs influence photography as it developed across the twentieth century. Everyone from August Sander with his portraits of individual types, Helen Levitt’s focus on children on the streets, the Russian constructivists and their celebration of the machine and modernity, especially as the human becomes one with the machine, Walker Evans, and even, as I am attuned to see, the images taken, especially by the Allies, of the victims of the Holocaust on liberation of the concentration camps. The list of the many places that the influence of Hine’s work can be found is endless. This oeuvre carries within it a history of photography in the twentieth century, not just an important step forward in the conception and use of documentary photography. Just how rich, varied, creative and technically precise this work is must be seen in the flesh. If ever we think of photography as having an aura, this would be it, because it is not possible to reproduce the plethora of nuances of each image as they invite us to study them in this impressive exhibition. For people like me who thought they were familiar with Hine's photography, this exhibition offers both the opportunity to see many of his now canonical works as well as to discover them anew in the flesh. 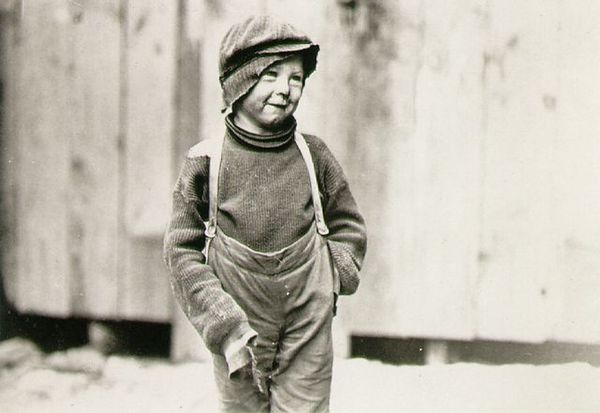