A self-conscious desert, an island vanished from our planet, a reconstituted lightning, the epic falling of a leaf, and the unveiling of a phantom form, all are part of this exhibition by Ecuadorian artist Oscar Santillán.

These works are meant to ignite fire over the very foundation of the Western worldview, which is based on binary distinctions such as visible/invisible, real/unreal, human/nature, or subject/object. In these works all distinctions seem to melt, allowing opposites to become one. Santillán’s own understanding of reality departs from the notion of “oscurana”, a concept from the Andean worldview uttering that during daylight the world is split in two by the horizon line, however when night comes and the horizon disappears, the world of the living and the dead merge.

In words of curator Alexia Tala, “His work opens up opportunities for the question as to how art can contribute to the visualization of new worlds, new ways of seeing the landscape, and also making peripheral stories visible. It operates in a trans-temporal dimension, above historic time, a time that simultaneously comprises multiple dimensions of human desire, its sovereignty with the experiential, its power of manipulation and domination.”*

Among the works in this exhibition, Solaris took place in the most arid place on our planet, the Atacama Desert, in Chile, an immense territory that over time has hosted many different human populations, including the Incas, and where nowadays impressive telescopes are installed.

For Solaris, sand gathered from the desert was first melted, turning it into glass; then it was polished into photographic lenses. These “desert eyes” were brought back to Atacama, and used to photograph its landscape: the desert looks at itself. In Solaris the desert becomes an observing subject rather than a passive object to be looked at.

Another piece in the show is Phantom Cast, based on a neurological experience known as “phantom sensations” which occurs when the brain attempts to collect sensorial information, following an amputation, from the missing body part. In Phantom Cast, the hands and fingers of a group of performers are able to sense and re-shape a phantom leg. The phantom presence is then captured and stored into a wooden box, which is on display at the gallery accompanying the video documenting the performance that has been shot at Oude Kerk Amsterdam.

* Alexia Tala, THE AESTHETIC MATERIALISATION OF (IM)POSSIBLE REALITIES, text for AU, a monographic catalog about the work of Oscar Santillán (Mazzoli Publications, 2017).

Initially a self-taught artist in his native Ecuador, Oscar Santillán (1980) began as a fiction writer, political activist, and visual artist. In 2008 a scholarship allowed him to attend graduate studies in the US where he went on to earn an MFA from the VCU Sculpture Department. Since then he has been an artist-in-residence at Delfina Foundation (UK), Jan van Eyck (NL), Skowhegan (US), Fondazione Ratti (IT), and Davidoff Art Initiative (DO). Currently Santillán lives between The Netherlands and Ecuador.

Santillán’s work has been the subject of articles, reviews, and interviews published in Frieze magazine, Art Pulse, Elephant, Art Nexus, The Blank and Art Monthly, to name but a few. He is also a contributor to online publications in which he often addresses topics related to art education, and more recently, to the history of science in Latin America. 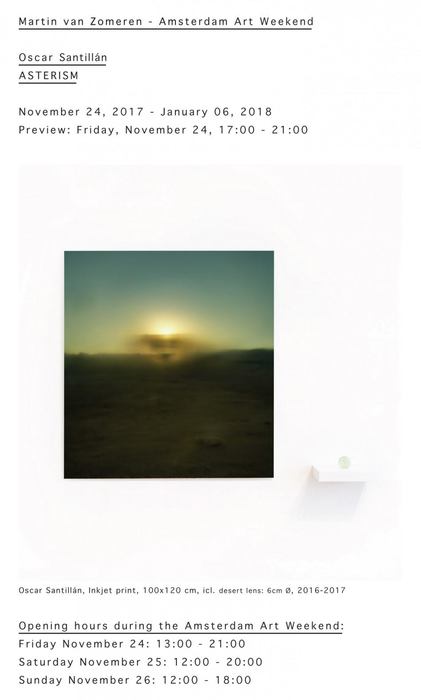