Event  |  Reviews  |  Comments
Group Show
What I Like About You
Curated by: Julie Torres

Parallel Art Space proudly presents What I Like About You, an exhibition that welcomes artists from around the globe for Bushwick Open Studios 2013, to collaborate with, and exhibit their work alongside, local Brooklyn artists. 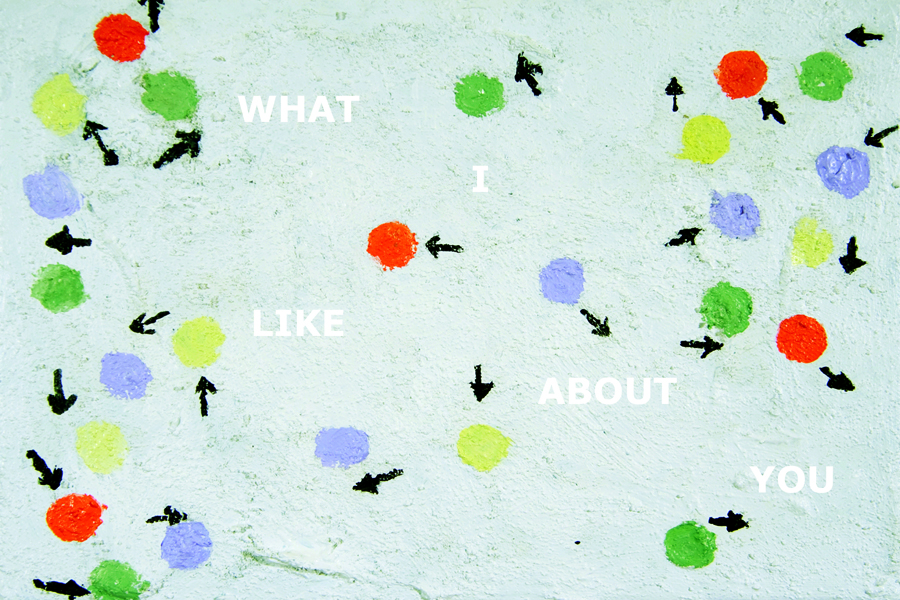 Through June 30: Saturdays and Sundays 1-6 pm


Organized by Brooklyn artist Julie Torres, 'What I Like About You' is a continuation of last year's Alltogethernow  project, in which 11 international painters visited Bushwick for BOS 2012, to collaborate with local artists and exhibit those collaborations alongside their own work.


Now these artists are returning to showcase the work of the artists they met, and whose work they appreciated, last year. New participants who weren't present in 2012 have chosen artists' work that they have been interested in from afar.


19 international artists will arrive in Bushwick and select one piece from their chosen Brooklyn artist, showing that work alongside their own and offering a brief explanation of what drew their interest to it.


What I Like About You / North welcomes artists from around the globe to Saugerties, NY, via Bushwick, Brooklyn. Organized by Brooklyn Artist/Curator Julie Torres, hosted by Diane Dwyer, Director of Imogen Holloway Gallery, "What I Like About You/North" invites 12 international artists, in town to participate in Bushwick Open Studios in NYC, to showcase their work in this exciting, concurrent exhibit.


In advance of the exhibition Parallel Art Space asked Julie a couple of questions.


PAS - How did you get involved working with such an international and nationally spread group of artists?


JT - Through the worldwide web! We all follow some great art blogs-- Studio Critical, Painters' Table, Structure and Imagery, Two Coats of Paint... And it's become really easy to reach out to the artists we discover there, via Facebook and Twitter. So I met everyone in the group that way, and I'll be seeing lots of the artists face-to-face for the first time at Parallel. I can't wait!


PAS - how does this project relate to last years, and other projects you have presented?


JT - I first had the idea to organize a collaborative project with Brooklyn artists for Bushwick Open Studios 2011. So a group of us met every week for 2 months at Hyperallergic HQ, making collaborative drawings and paintings for 'So Happy Together,' an exhibit that Jason Andrew and I curated at Norte Maar. By 2012, I had been in communication with so many exciting artists online and knew that I wanted to incorporate these new relationships. So I invited artists from all over the world to Brooklyn, to collaborate with artists here, and showcase their own work in 'Alltogethernow.' This year brings everything full circle... Artists who visited Brooklyn last year will each showcase one piece from a Brooklyn artist they met alongside one piece of their own work. New participants (who weren't able to make it last year) will each show a Brooklyn artist they've been following online. It's very exciting to expand upon these interconnecting communities...


PAS - What is your drive to take on large projects like this, instead of focusing solely on your own work?


JT - Taking on these intense projects expands my perspective in every way... There's a very real bond that develops when you work this closely with people-- Similar to the marathon painting I've done with Geddes Levenson and Austin Thomas-- And It changes you. It's a lot of work and not always easy, but building these relationships is deeply rewarding-- sometimes even life changing. Last year's show had me on a high for months.


PAS - In what ways do large collaborative projects such as 'What I Like About You' inform and/or influence your own art making practice?


JT - Well it never hurts to surround yourself with inspiring artists...... and LOTS of them. When a big group of wonderful people get together, the energy is palpable and the possibilities seem limitless. I think it makes my own work braver, less timid, and more joyful. It definitely gets me out of my own head. It's exhilarating.


PAS - Do you see purposeful stylistic groupings within the works of the artists you are presenting?


JT - That happened pretty organically... I naturally gravitate toward other painters, specifically those who radiate in a very human, very raw exuberant way. Since those are the artists I follow online, those are the folks I invited. Not everyone I invited could come, but it's a very exciting group. And because they are each selecting a Brooklyn artist to showcase, it will expand further from there.


PAS - This being the second Iteration of working with such an international crew, do you see this project  possibly being an annual recurring event? Maybe in different locations?


JT - I would absolutely love to hand the reins over to someone outside the US to host our next event........ There are a few artists who were unable to come to the States this year, so perhaps they could invite us to their neck of the woods! Inga Dalrymple in Sydney?.. Sabine Tress in Cologne?.. The possibilities are endless..........

Parallel Art Space is an artist run exhibition space committed solely to exhibiting exceptional visual art. Located in one of New York’s premier art studio buildings and positioned on the border of two of New York City’s most densely artist-inhabited, culturally rich neighborhoods (Bushwick, Brooklyn and Ridgewood, Queens) we endeavor to provide an exhibition platform based on excellence, contribution and connectivity; serving the parallel interests of artists, community and culture alike.