Welcome to Sparkle’s Tavern – a sing-and-suck bordello where a brother-sister entrepreneurial duo are just trying to earn an honest buck. Their little brothel is a secret, hard kept from their conservative mother (Eaton). But when she receives a visit from the magical Mr. Pupik (Kuchar) he shares with her the joys of sexual enlightenment and Sparkle’s becomes a raucous, sex-positive family film. Shot in 1976 but not edited until 1984, the film was the last completed by the late, great Curt McDowell.

“Sparkle’s Tavern is a lusty, bizarre, sexually-dripping marvel of the emotional dangers in a dysfunctional family crippled with secrets and lost passions. Marion Eaton as Mrs. Blake is the marvelously pinched backbone of this body of decadence and Dionysian mania.” – Frederic E. Kahler 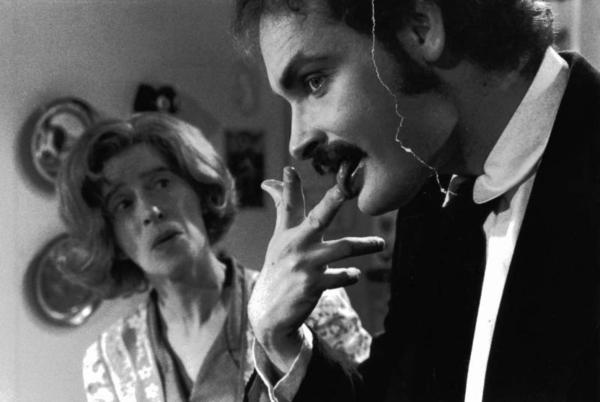 “Curt was curt, cute, controversial, and not celibate,” wrote his former friend and collaborator George Kuchar. Curt McDowell worked in San Francisco from the late 1960s until his death in 1987–a period that witnessed the Summer of Love, gay liberation, and the onset of AIDS, to which he succumbed at the age of forty-two. The author of numerous films that recast the American dream of plenty in pansexual terms, McDowell, like so many artists of his generation, indulged in the era’s carnal abundance, and his appetites and experiences are reflected in his work, which alternates between the revealing and the puerile. His short films, such as Weiners and Buns Musical (1972) and Loads (1980), celebrate sex as well as genre riffing and autobiographical narratives (McDowell’s insatiable desire for seducing straight men is explicitly documented in his 16-mm works), and bear the influences of Jack Smith’s lush, DIY camp aesthetic, Rainer Werner Fassbinder’s explosive melodrama, and Nan Goldin’s glimpses of countercultural bohemia. [2nd floor projects] represents the Curt McDowell Estate. 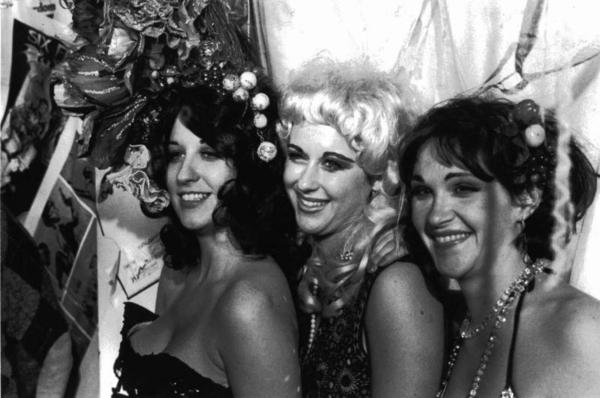 The festive holiday event will feature a complimentary publication featuring original artwork and writings by Curt McDowell, George Kuchar and much more!