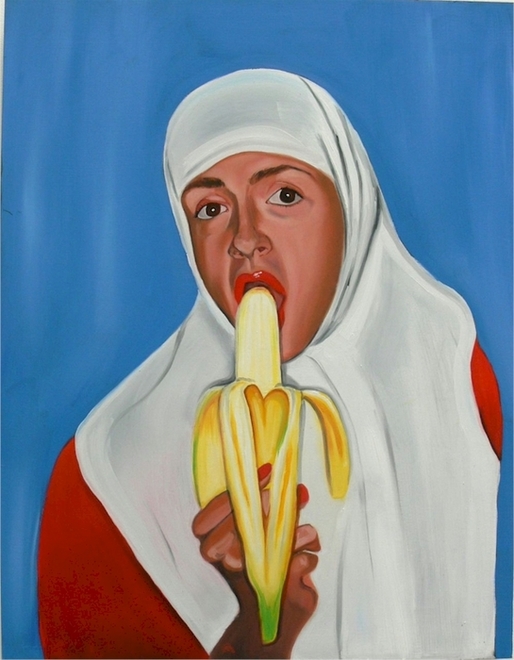 London, Mar. 2009 - “Best of the U.K.” is a showcase  of six talented young artists selected from thousands of 2008 graduating students from the top art schools across the United Kingdom. Oliver Jones from Birmingham City University was selected from the six to continue onto a group show at the White Box Gallery in New York City. Gallery director and curator Samir Ceric shared his thoughts and excitement about this third annual exhibition with ArtSlant's writer, Charlotte Simmonds.

Charlotte Simmonds: So tell me a bit about how you selected the artists for tonight's showcase.

Samir Ceric:  This is the third year running that we have done a “Best of the U.K.” exhibition at the SaLon Gallery. It starts with a rigorous selection process in which we ask art universities from around the country to send us catalogues of  works of their most talented students who are soon to graduate; we view about two thousands applicants and pick two hundred from that, narrow that down even further and finally during a day-long selection process we hear pitches from the twenty finalists. From that we select the artists for the show; the exact number is variable because we are really looking for quality over quantity. We pick students who are confident, articulate, engrossing; confident in crossing over mediums and can work in collaboration with various styles. 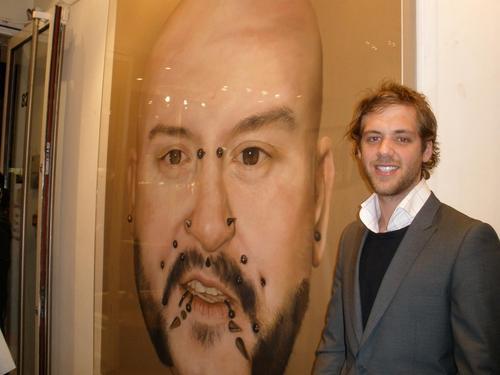 Oliver Jones with his work at the Best of the UK Show/ SaLon Gallery; Courtesy of Deniz Isbilen and SaLon Gallery

CS: Tell me about Oliver Jones, he won the spot in the New York show just a few minutes ago.  Can you elaborate on what made him and his work stand out?

SC: Well we felt Oliver was so talented the minute we met him! He was the last one to present for the panel of judges, it was the end of the day and we were all tired and slumped over our desks; but then we were completely blown away by the energy of his pieces. His works are thoughtful and inventive, you know he uses chalk rather than paint, and these portraits of the homeless just pierce into the rosy society around us. He’s showing those people who struggle. We just instantly fell for his pure talent and creativity, he is a very worthy winner.

CS: Last year’s winner Sarah Maple has seen amazing success aided by your gallery’s guidance and support of her work.

SC:  Yes, she is an extremely talented girl and is going on to great things; she is soon to be opening her own showcase in Ontario. We gave her a solo show last July and it was extremely crazy; we received death threats against her, the works were even compared to the satanic verses. But we turned it around, we tried to make the show not about her sensationalism but about celebrating her success as an artist. She is the jewel we have discovered through all this.

CS: It seems that your philosophy behind this project is very much about mentoring young artists.

SC: Oh yes, I see art collectors as the patrons and the galleries as the mentors. My philosophy is all about nurturing and protecting these fantastic young artists. As far as I know though we are the only gallery who does a project like this, I hope more will join soon. I’m working on launching Debut [www.graduateartfair.com] in 2010 which will be the only platform for graduate art schools to showcase the talent of their students. We want to establish this in the U.K. and then take it internationally to the great art markets in the world, making a space for collectors to discover emerging talent. I’m also hoping to take something like what we have here with “Best of the U.K.” and go to New York, to open up a culture link between New York and London and give young artists there a chance to showcase here. London is such a melting pot of young people who all come with so much heritage and we should be working to support them and to preserve this kind of culture for generations to come. 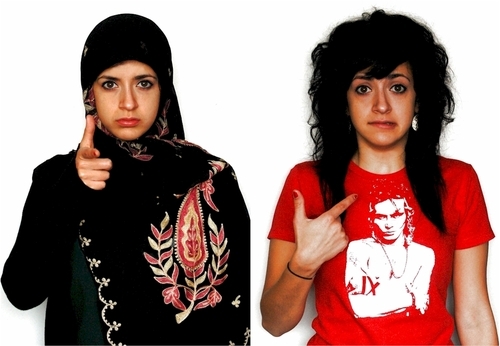 Sarah Maple is the charming, soft spoken, and controversial  British Muslim artist whose work has found international success since being featured at the SaLon gallery . She will soon be featured in a group show at the Art Gallery of Ontario in Toronto Canada and will be opening a solo show in New York. After presenting the award to Oliver Jones she shared a few words with me: 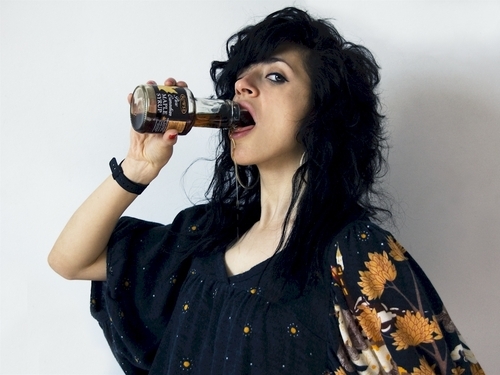 CS:  Has your work changed since your show at SaLon last summer? Are you changing up or expanding your works for your upcoming exhibitions?

SM: Well I’ve been moving more into mediums like video and photography, branching out from painting a bit. I’m working on expanding my works and building new skills, though I have to say my passion still lies in painting.  I just love when I make a piece and I can smell the paint all over my hands. I’m pretty much just concentrating on making as much work as I can. I don’t really have a specific theme for my show,  I’m just trying to say you know, “Here I am!”  I am definitely venturing more into feminist themes too.  A Canadian lady came up to me tonight and said that I’m “giving feminism a makeover”, which I loved to hear! My art has a lot of post feminist ideas, because we are living in the post feminist era where we have to keep it up and be strong women in order to continue to move forward.

CS: How has London inspired or influenced you as a contemporary artist?

SM: Oh well London is the best city in the world don’t you think? It’s just such a vibrant place, there is so much going on all the time. Just going out to a gig or a pub, going around the city, that’s what inspires me. One of my pieces that is going to Ontario, it’s called “Can I Taste Your Maple Syrup?” - well some guy said that to my sister in a pub and I thought it was hilarious! Then I made that photograph about it. I’m using humor like that all the time, even when I talk about serious things I’m doing them in a lighthearted way.

ArtSlant would like to thank Samir Ceric, Sarah Maple, and the SaLon Gallery for their assistance in making this interview possible.

Posted by Charlotte Simmonds on 4/1/09
Tags: sculpture, mixed-media, installation, photography, digital
ArtSlant has shutdown. The website is currently running in a view-only mode to allow archiving of the content.