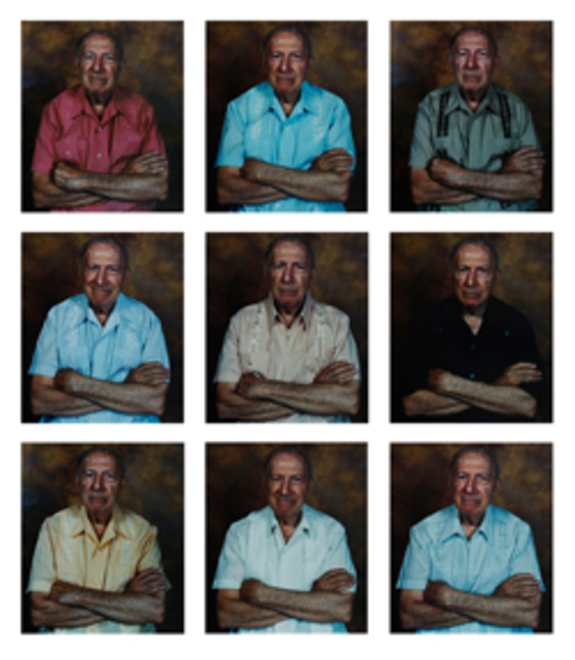 
In New York, location is everything. It’s a city where neighborhoods in which commercial art galleries flourish are quickly gentrified, and the relationship between center and margin behaves more like a lawless traffic intersection rather than a two-way street. The Queens Museum of Art, located pretty much at the end of the line on the 7 train, is both literally and figuratively on the periphery. Its current exhibition, The Queens International 4 (QI4), is a celebration of that space on the edge, as well a challenge to consider place in all of its conflicted and contradictory ways: as cultural capital, as markers of identity, as home. Curated by José Ruiz and Erin Sickler, QI4 carries on this biennial exhibition’s tradition of examining the relationship between “internationalism” and “multiculturalism” from a decidedly Queens-specific, local perspective. Instead of structuring the show like other biennials, by looking to artists from other countries to contribute to a particular dialogue that amplifies the contemporary moment and its concerns, the QI4 reverses it, turning its attention to internationally and ethnically diverse Queens-based artists, whose work reflects contemporary imperatives through site specificity.

This fourth iteration of the exhibition includes 42 artists, collaborations, and collectives from 18 countries.  And while the artists’ practices span a broad range of media, they all share in a kind of D.I.Y. aesthetic or approach that suggests a kind of re-valuation of art object and art practice. For example, Alejandro Diaz’s work included in the show is an ongoing series of cardboard signs, made from ripped cardboard boxes, scattered throughout the show. One unimposing sign greets visitors near the front entrance desk, shouting, “Critics welcomed!” hand-written in black marker in a cursive script, trying to be fancy. It’s a funny but critical gesture, sweet in its earnestness, playful in its mockery, but also self-aware of its own futility. It also calls attention to the simple, yet lovely, materiality of the cardboard with its ripped edges and torn hole.  Another cardboard-and-marker favorite is Nicole Tshanpel’s installation of cardboard, empty frames, and light fixtures, The Unknown Errors of Our Lives (2009). It is a towering stack of cardboard boxes, against which leans a stack of old empty picture frames, and on which are hung old antique light fixtures.  Various 8-ball sayings are written in black marker on one side of each box, such as “You may rely on it,” and “My sources say so.”  It is a precarious, but neatly organized, heap of flimsy but not so flimsy material that questions both our desire for certainty and the seduction of risk and failure.

Many of the artists also appropriate forms of quotidian objects and scenes as a way to call attention to things and situations we encounter usually without pause, and encourage a kind of poetics of everyday life. For example, Lars Fisk unassuming sculpture, The Triumph of Styrofoam, is a small marble sculpture that fantastically imitates the form of a Styrofoam cup, which lays on the ground in a corner in one of the galleries like a piece of trash. Sure to be overlooked, the marble – its weightiness and texture and presence – transforms the common throw-away object into something to behold. Tim Thyzel’s work takes construction objects such as orange and white barricades and barrels – aggressive architectural elements which usually serve to prevent or block human interaction – and recreates them into useful objects that encourage contemplation, such as Barricade Bench (2002), and Barrel Seat  (2003), which were initially installed on streets around NYC.

Visit the show on Saturday, April 4th, when Thyzel’s Packing Tape Boat (2009), will be launched on Saturday, April 4th,  in an all day event that takes place at Meadow Lake in Flushing Meadow Park.  This free event starts off with a presentation by Jane Marsching about the SP Weather Station, which was installed atop the QMA, and ends with the launch of Thyzel’s boat as well as The Anti-Fascist Culture Club’s The Undiscovered Atoll of Flushtopia, a series of islands constructed out of found materials.