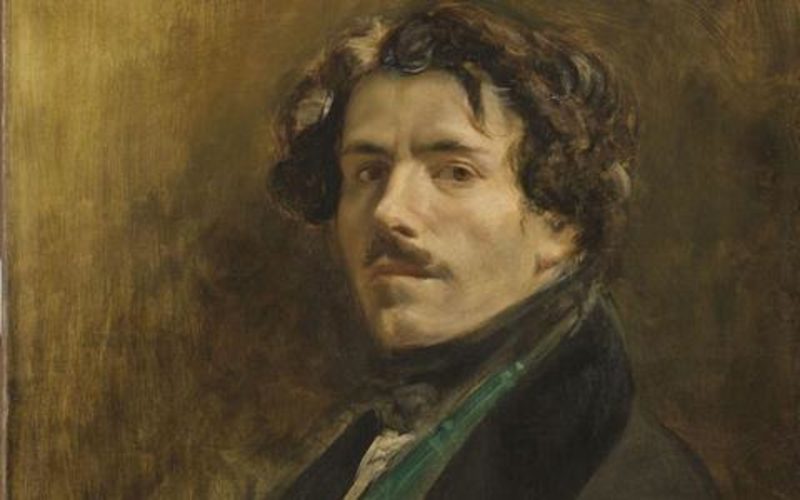 Delacroix at the Louvre

Today we feature another Paris writer and fan of Lifelong Learning Abroad.  Her name is Frances Guerin and here she shares her thoughts with us about the Delacroix exhibit at the Louvre. If you only know two or three paintings by Eugène Delacroix that’s probably because although many of his other works are certainly weird and wonderful, they are not always focused or interesting. As I discovered at the Louvre’s major Delacroix retrospective this week, outside of Liberty Leading the People (1830) and paintings such as A Young Tiger Playing with its Mother (1830), there are only a few paintings that reach masterpiece standards. Delacroix is clearly an artist whose reputation rests on the magnificence of a handful of works and his favour with the right people. Eugène Delacroix, A Young Tiger Playing with its Mother, 1830-31

As is the case with every exhibition at the Louvre, the retrospective brings together a breathtaking number of Delacroix’s works, and so the size of the exhibition itself makes it worth a visit. The breadth of the work also allows us to appreciate the vastness of Delacroix’s concerns, his constant search for commissions, and his willingness to paint whatever is asked of him. Also of interest is the extent to which Delacroix was inspired by writing and writers, poetry from different cultures, as well as art criticism and essays. This can be taken both as a way to account for the heterogeneity of his style and the sometimes tenuous connections of his painting to the history of art. The paintings and written documents are presented side by side to convince visitors that Delacroix was as interested in ideas as he was in painting and visual style. Liberty Leading the People is a painting that people come to the Louvre to see. It’s the most famous allegory of France, a nation built on the people’s toppling of the King in 1830, an event for which the painting is a memorial. I was lucky enough to visit the exhibition with some film colleagues who stood in front of Marianne and were in awe of her power and strength. It’s true, she could be a cinematic diva, rising above the historical details around her, and leading her people over the barricade. Marianne is elevated by the mound of bodies as her pedestal, moving forward and up as if to a celestial place not yet discovered by the mere mortals. The painting captures an enormous burst of emotion and energy as its whole composition moves simultaneously forward with her coming into the space of the spectator, and upwards towards the top of her tricolor flag. However, as magnificent as she is, the colours of the flag shine resplendent against the greys and browns of the rest of the canvas, leaving no question about the real hero of this painting. Eugène Delacroix, The Death of Sardanapalus, 1827

Movement becomes a theme or an attribute that Delacroix explores throughout his career Horses and other animals are seen in vigorous motion, people are either going somewhere, or engaged in an intense burst of outwardly expressed emotion such as the massacre in full throttle in The Death of Sardanapalus. He’s not interested, or maybe he’s unable to paint, the details of faces, hands, gestures, those minutae that give meaning to everyday life. For Delacroix, the kineticism of Marianne in Liberty Leading the People is indicative of his tendency to put every ounce of narrative into speed and movement. I can’t think of another nineteenth century French painter so preoccupied with the energy of life. Eugène Delacroix, Women of Algiers in their Apartment, 1849

Even when he paints the intimate subject of women in their boudoir in Morocco, a sense of animation washes over the painting, as if the women are in the middle of an important activity. This is accentuated by the fact that he blows up the image to the size of a history painting. Not only is the scene painted on a massive 85 x 112cm canvas, but as twenty-first century viewers, we can’t help wondering about the ethics of Delacroix’s visit to the harem, painting women unveiled, unguarded and, some of them quietly reflective. Surely, the unconventionality of his Morocco paintings must have attracted attention in their day? But given that the resultant paintings are among the clearest of Delacroix’s visions, and we are told that he was invited into their boudoir, I had to overlook my twenty-first century prejudices of nineteenth century images. Nevertheless, visitors to the exhibition will be drawn to the fact that Delacroix’s work is at its most exciting when he paints women in various stages of undress and vulnerability.

You can read more of Frances Guerin's work on the website:  http://fxreflects.blogspot.com/