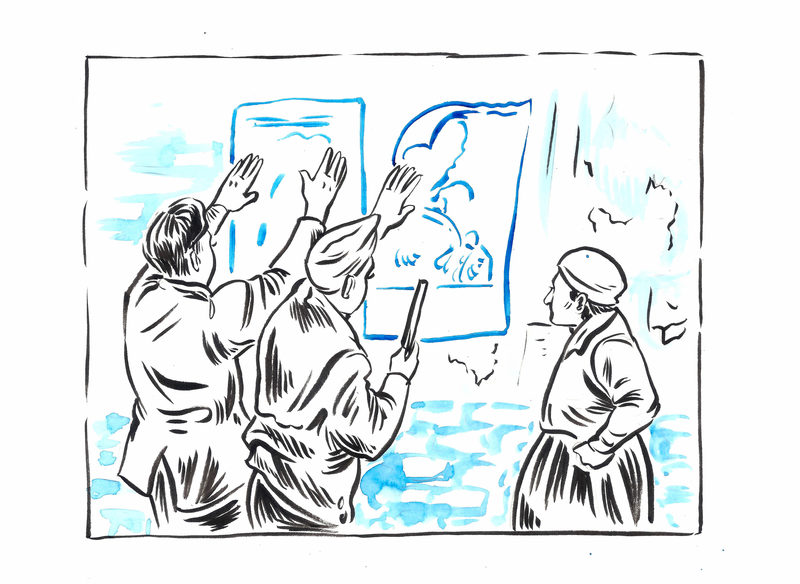 “City of Lights, City of Fonts” is a blog and visual diary created by ArtSlant’s Georgia Fee Artist-in-Residence, Ali Fitzgerald. Fitzgerald will explore France’s evolving visual relationship to propaganda, looking deeply at aesthetics of nationalism and politicized otherness. With sketches, writing, and graphic vignettes, she will document fonts, signage, and France's history of drawing as activism.

I’ve been thinking a lot lately about how we forge the symbols and icons of resistance. Last week, during the March for Our Lives, images of Parkland High School student and gun control activist Emma Gonzalez circulated which recall older, lionizing posters of resistance fighters. In fact, her frontal, defiant pose resembles several wartime depictions of Joan of Arc. 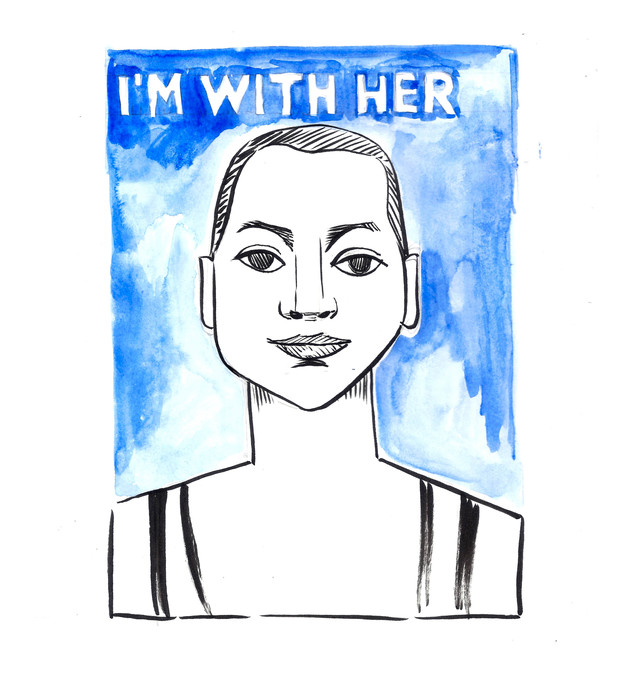 Like the recent marches, one of the first acts of resistance during the German occupation of France was carried out by secondary students. In November of 1940, young people marched down the Champs-Élysées to celebrate the Allied victory in the First World War and to protest German occupation in Paris. Many were arrested and imprisoned. 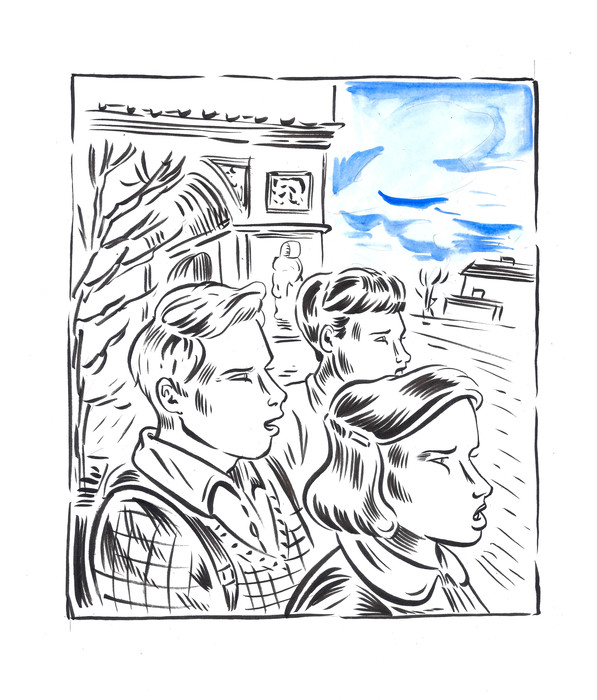 There were several different, evolving (and sometimes competing) bands of French resistance during World War II. But many employed the same iconic answer to the swastika: the Cross of Lorraine. The cross was used in the Alsace region earlier in the 20th century as a patriotic gesture against annexation and previously was associated with Joan of Arc. French resistance fighters often wore armbands decorated by the cross to identify each other. 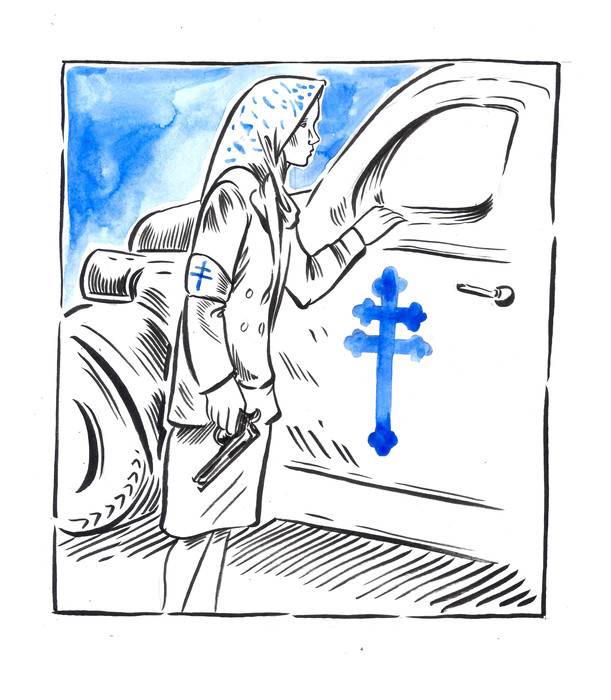 Marianne and the Statue of Liberty were also symbols of resistance. This was fitting because with a shrinking male population, resistance members included many women. The resistance poster below reads, “Live Free or Die.” 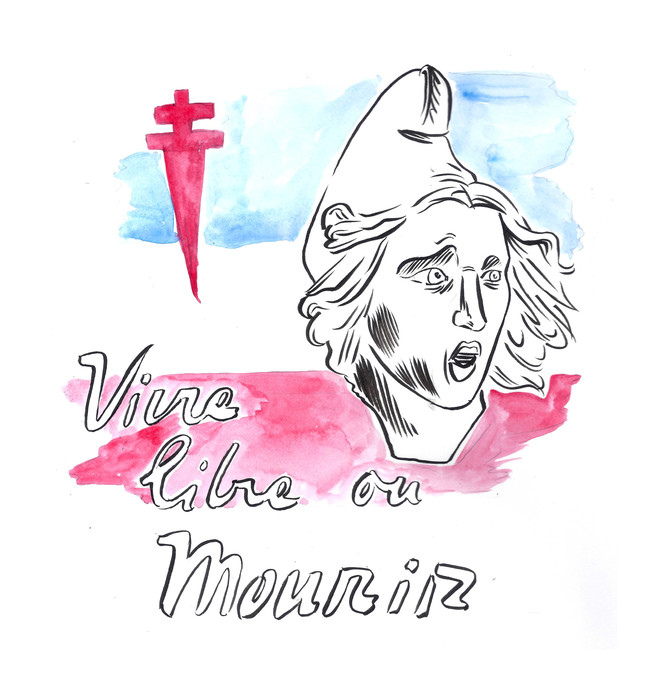 As soon as France fell, undergound newspapers began to appear. Some communist papers were already used to clandestine print operations. Anti-Nazi publications were titled things like “Résistance,” “Verité,” and “Combat.” 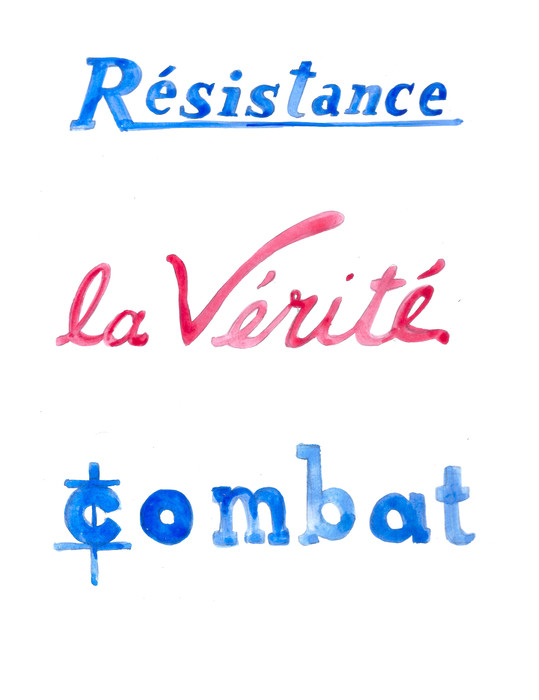 These were published late at night in presses sympathetic to the cause, but those involved had to be careful that the typefaces used differed from official documents so they wouldn’t be discovered. The papers themselves often only consisted of one sheet because materials like paper were in short supply.

Next time: revolutionary resistance posters from May 1968. Below is my rendering of “Consommez” by Atelier Populaire, and reads, “The Fight Continues.” 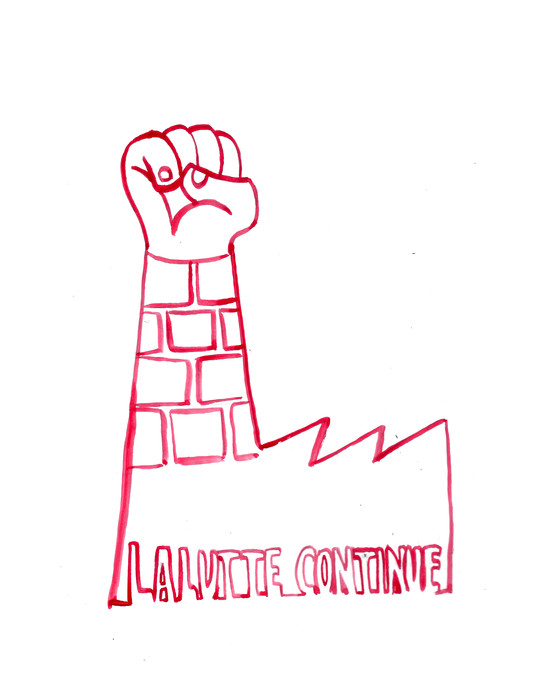 Under the Radar: Khanh H. Le | Zun Ei Phyu | Christy Titus
12/14/18
COMMENTS (2)
architectural design outsourcing
Thanks for sharing this great article! That is very interesting I love reading and I am always searching for informative information like this. http://www.yantramstudio.com/
Comment by: yantramstudio on Saturday 04/28/18 at 10:46 AM
Great blog!
In Chile,secondary students were the forze that helped to bring about the issue of education into the national discourse. So many protests, strikes and marches for a much needed educational reform marked the year 2006. This is known as "La revolución de los pinguinos." Thank you Ali for your images and such an interesting topic!
Comment by: Amaru | Marcela Rodriguez Aguilar on Tuesday 03/27/18 at 6:38 PM
ArtSlant has shutdown. The website is currently running in a view-only mode to allow archiving of the content.