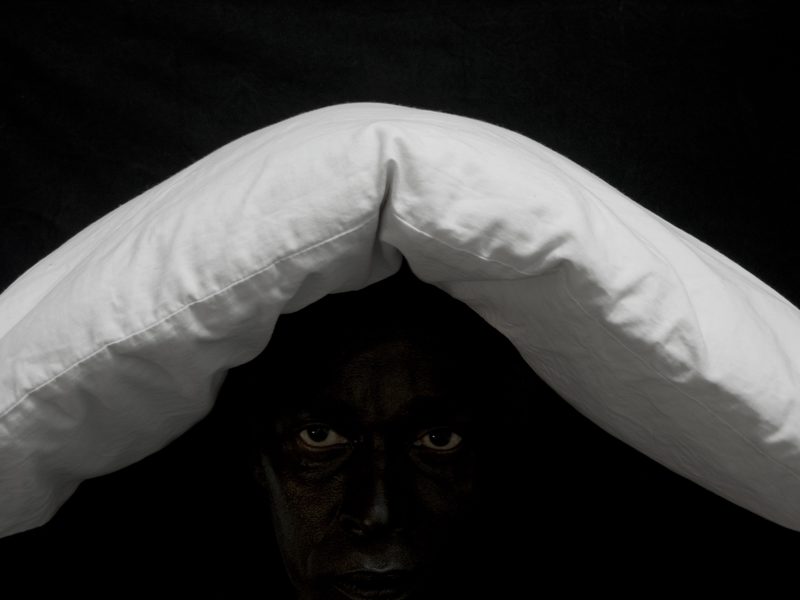 At the heart of the exhibition Sin Máscaras (Without Masks), currently at the Museo Nacional de Bellas Artes in Havana, is the inherent contradiction between socialism’s ideals of equality and the lived experiences of racism for Cuban artists of African descent. Centering the Afro-Cuban experience, its complex social and political history, and the censorship of voices seeking to expose inequalities, Sin Máscaras is described as the largest and most comprehensive exhibition dedicated to contemporary Afro-Cuban art to date. It features some 150 artworks by 40 Cuban artists living on, and outside the island. Their work gives a diverse account of the subjects of racism, religion, Afro-Cuban identity, and the firm ties between Cuba and Sub-Saharan Africa.

The exhibition’s underlying themes derive from the history of Cuba’s African descendants, who were seized predominantly from West Africa. Since their uprooting, the country’s legacy of subjugation and deep-seated racial bias has persisted, evolving over centuries. First as slaves, then as obedient second-class citizens during US Hegemony, the marginalization of the country’s Black population—despite claims to the contrary—continued well after the Cuban Revolution in 1959. 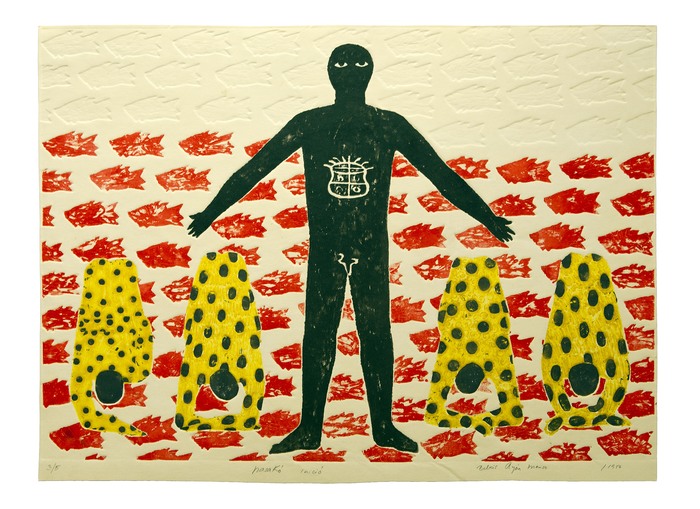 Seen implicitly as a division of class, the ill treatment of Black and mixed Cubans on the eve of revolution was considered both counter-socialist and counterrevolutionary. Shortly after his arrival to power, Castro launched a series of campaigns aimed at eliminating racial disparities socially and economically. The core issue of racial inequality, however, continued to fester: Castro’s reforms tackled unequal opportunities among minorities, but they never addressed the historical, cultural, and structural conditions that gave rise to it. After deeming his efforts successful, Castro pronounced that any further discussion of racism could “divide the nation,” and would be considered a crime against the regime. This led to the continued masking and erasure of the experiences of Cubans of color.

The long-lasting effect of their repression is, of course, linked to key factors—namely, Spain and United States’ strong influence over Cuba. In his essay “Nuestra América (Our America),” written in 1891, the Cuban author and visionary Jose Martí called for the rejection of their imperial values in favor of a politically and culturally autonomous Latin America. Necessary for this reform would be Cuba’s unity, including the casting aside of identifiers such as Black, White, or Mulatto. “There can be no racial animosity, because there are no races,” Martí proclaimed. Platitudes like “race is not an issue” and “we are all Cuban” have been common refrains over the past century and a half. 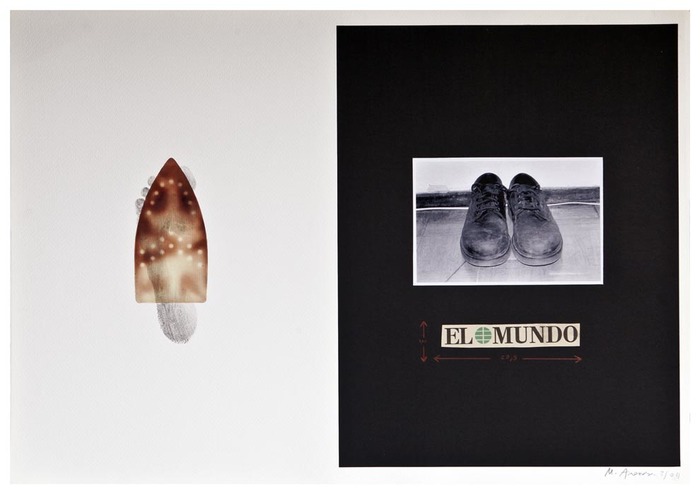 Essential to the 1959 Revolution was forging the color-blind sentiment that Martí called for. Cubans came together to fight for the same cause, one that would affect all, rather than some fragments of the island’s population. For Cubans of color, however, it soon became evident that the temporary sense of unity failed; racism persisted after the revolution and to this day.

Sin Máscaras, curated by Cuban writer, art critic, and researcher, Orlando Hernandez, openly discloses the precarious nature of Cuba’s history, revealing how the problems of marginalization still play out in the daily lives of Cubans of color. Hernandez recently spoke with me about the unique opportunity it provides audiences—both in Cuba and further afield—to grasp a tradition that is as definitive of Cuba as the more common images it projects abroad: revolutions, Ché, and Buena Vista Social Club. Previously installed in Johannesburg (2010) and Vancouver (2014), the show has now landed on “home ground” in Havana, bringing with it a number of works never before exhibited in the country. The artworks belong to the extensive private collection of the South African entrepreneur, Chris von Christierson, who has amassed over 450 contemporary pieces that aim to reveal fundamental truths that are commonly unknown, “masked,” or underrepresented about contemporary Cuban society. Since its inception, the collection was intended to travel to locations historically tied to Sub-Saharan Africa, highlighting topics pertinent to the Black diaspora. Many of the artworks are politically explicit, but others have a more implicit political tone: the very act of depicting the social and cultural realities of Afro-Cuban life makes evident the diverse visions and voices of an underrepresented community.

The aim of the Havana installment, as Hernandez explains in the exhibition’s press release, is to show the other side of Cuban culture, “meaning Black tradition, the African inheritance.” That is, a legacy that arrived with slavery, leaving deposits of tradition and religion that are central to the Cuban cultural fabric today. This sentiment is traced in Hernandez’s curatorial choices—instead of exhibiting the works thematically, they are grouped hierarchically by the artists’ ages. Deceased and eldest are presented first, echoing Afro-Cuban religious practices during ceremonial rites. The works in Sin Máscaras, most of which were produced in the last three decades, include painting, photography, installation, and video by a number of well-known artists such as Roberto Salas and Carlos Garaicoa. The collection also includes work by less famous artists, favoring the amassed representations of a marginalized community over institutionally revered works.

This exhibition is not the first within, or outside, the country to consider issues of race and identity. The exhibit Queloides (2011) that took place in Pittsburgh, Pennsylvania, focused entirely on the persistent, and deeply ingrained issue of racial discrimination in Cuban socialist society. A number of the show’s participating artists are also present in Sin Máscaras, such as Belkis Ayón Maso and Manuel Arenas. Nevertheless, showcasing such works inside Cuba is no simple task. Government authorities have often censored public discussion of issues concerning the country’s racial inequality or Afro-Cuban religions, as both these subjects are a threat to the dominant socialist ideology. “It is important to know that after 1959 (Cuban Revolution), the Afro-Cuban religions of Abakuá, Oche e Ifá, and Palo Monte, were censored and despised by popular thought, since the prevailing ideology was scientific and atheist,” says Hernandez. “Added to that is that the religion has always been practiced by the poor and the African population, and has been considered malevolent and associated with black magic. Cult art representations have helped us understand its cultural, aesthetic, and symbolic relevance.”

Despite socialism’s firm rejection of religion, Cubans persisted in practicing traditional African beliefs carried over by the estimated 600,000 slaves brought to the country. Thus, representing Afro-Cuban religions in visual art belongs to a long tradition, with artists such as Wifredo Lam as a forerunner in the 1960s. Since the 80s and 90s, the number of artists interrogating this subject have increased. On display at Sin Máscaras are paintings by José Bedia and Manuel Mendive whose works allude to religious symbolism and Blackness, themes inextricably linked within Afro-Cuban culture. Bedia’s Kindembo Sarabanda Malongo Yaya Arriba Ntoto (2009) is a large painting depicting the primary sacred object in the Palo Monte religion: a large vessel containing consecrated items. The painting shows an x-ray image of the vessel’s contents which include sticks, herbs, animals, soil, chain, a human skull, and tools. In the background, a stylized image of a Black man’s figure appears, with arms stretched in a gesture of embrace. This painting is quintessential for understanding the underlying presence of Afro-Cuban religions on almost every level of contemporary Cuban society and their perseverance despite popular rejection.

Hernandez says that “another theme that emerged strongly in the mid-1990s with artists such as Manuel Arenas, Alexis Esquivel, and Elio Rodriguez, is the subject of racial conflict. The artists commented on social discrimination, racial stereotypes, and racism that is still present in the mentality in parts of the Cuban society.” 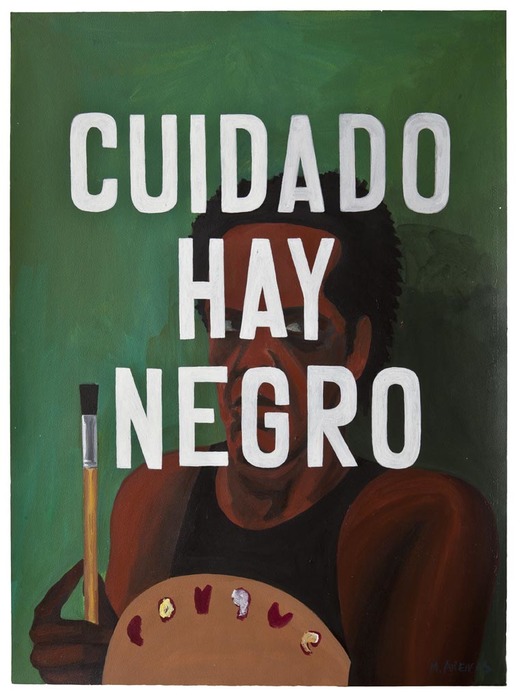 This is exemplified in Manuel Arenas’ painting Cuidado Hay Negro (Be Careful, There Is A Black Man). The likely self-portrait is obscured by the bold letters, categorizing the depicted man as a subject of potential harm. The insidious association between Blackness and danger lingers in Cuba, as it does in many other places in the Western world today.

Pervasive racism and the misunderstanding or hostility towards non-Western religious practices are global issues, says the curator. By addressing them, the exhibition transcends the boundaries of the Cuban experience, as these problems thrive in other locations such as the United States and most of Latin America. This exhibition has the potential to highlight how non-Cuban artists in other places are dealing with similar issues unique to their region, calling forward art’s capacity for social activism. 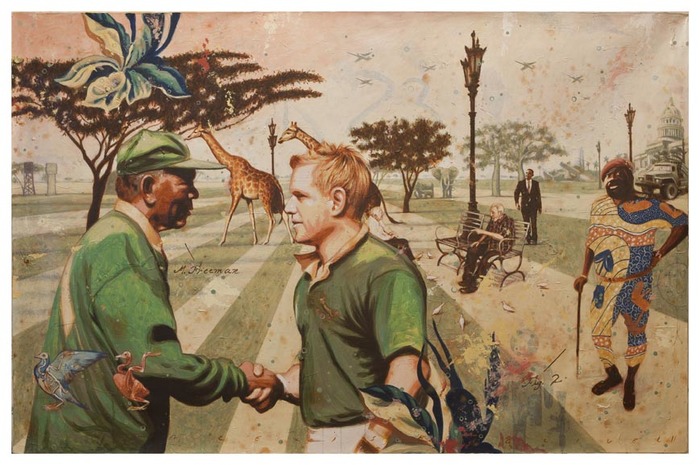 Can this show have an impact on its audience in Havana, opening as it does onto the nation’s “masked” or unspoken truths about its relationship to Afro-Cuban traditions? Hernandez thinks so:

It has been our main goal, to unmask some situations and conflicts, which have been veiled over time, disguised or misinterpreted. Cuban people that visited the exhibition immediately recognized how important is to talk openly, and without fear from art that tackles problems of racism, discrimination, and racial stereotypes that still exist in Cuba and everywhere else. The exhibit has shown how important it is to passionately express the strong tradition of Afro-Cuban religions that most of us share, in spite of the color of our skin, or our professional or economic situation, and also in spite of the socialist ideology that has been imposed as an official rule for the last 60 years. I think that the public needs to know that at least some artists, curators, and art collectors, are interested in the same problems they confront in their daily lives.

The exhibition’s very presence in Havana marks a modest improvement on the problems described—it is, after all, taking place in the National Museum of Fine Art, a high profile location attracting many daily visitors: local art enthusiasts, students, artists, scholars, foreign tourists, and art collectors. For the local viewer, the show is clear, powerful, and symbolic—a move in the right direction towards exposing silenced voices and invisible subjects. It gestures to the end of a long tradition of mis- or non-representation. The collection’s display on “home ground” is crucial for its local audience and for a young generation of Cuban artists who can see that, as Hernandez mentions, there are people in the art community—artists, collectors, curators, scholars—dedicated to social change. 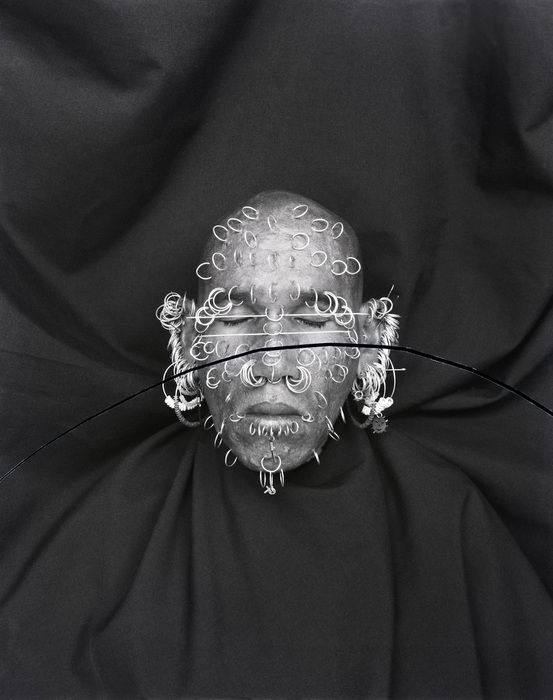 Mobilizing artwork to visualize marginalized communities and to expose injustices is especially necessary today in places other than Cuba. Just a short distance away, across the water, one of the world’s superpowers and emblems of success faces similar issues despite radically different political and historical circumstances. Expressing a sincere belief in the power of art to reveal and amplify the things societies would rather keep hidden, Hernandez hopes that Sin Máscaras will one day travel to the United States, Brazil, or Peru, where he says racism and intolerance still thrive, regardless of the counties’ economic, political, or cultural distinctions.

Yoli is an art writer working in Toronto, London, and Havana.