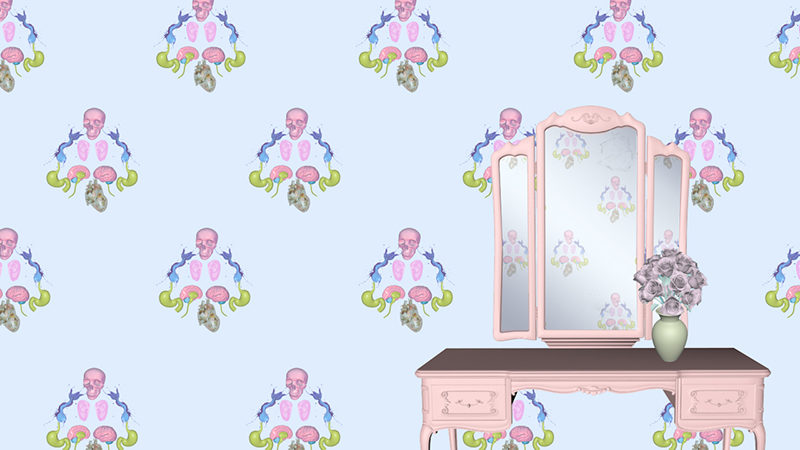 Seattle-based new media artist and designer Jessica Dolence creates hypnotic digital decorations and ornamentations that transform and subvert both physical and digital spaces. Her works’ rich, cyber-baroque opulence functions as a radiant facade for a deeper political message of CyberFeminism. Part of Dolence’s creative motivation is to add an “overtly feminized” aesthetic to the “male dominated landscape” of the internet.

Two of the biggest inspirations in developing the style and message of her art are the internet movements Seapunk and Cybertwee. The aesthetic of the former and the politics of the latter go some way to describing her work, but there is a curious, calming surrealism to her creations that pushes them into new, relatively unexplored digital territories. 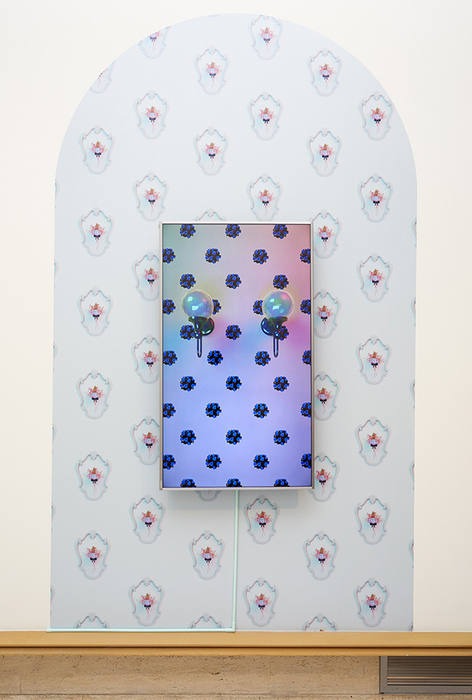 Christian Petersen: When and why did you decide you wanted to be an artist?

Jessica Dolence: I drew a fantastic rendition of Jesus carrying the cross with Mother Mary crying in the background, wearing a blue couture gown in the third grade. I was acutely aware it was the best drawing in the class. My role as an artist was later solidified as a pre-teen. Making and creative problem solving has always been natural and satisfying. Most days I ask myself “…why,” but really the happiest moments for me are when I’m alone in a delightful space, working on projects, daydreaming, and finding new connections.

CP: What were your first experiences of using computers creatively?

JD: DOS interface, playing MYST with my Dad and siblings, then pixel painting makeup and enhancements onto characters in some computer game in the early 90s. In 2008 I built a Flash site of a pastel Victorian house where windows are portals and a character lifted her skirt up to expose a big blue and green tinted merkin. Do people still use Flash or merkins?

CP: When did you start to focus on creating digitally? What prompted that change?

JD: I started school as a painting major and quickly realized the probability of it being lucrative was small. During this time an “intro to digital art” course introduced new tools and in a class of 30 or so 10 percent of us were female. It angered me and I decided I wanted to be able to speak this other language and use it to support myself creatively and practically. I then declared my major as Intermedia.

CP: How did you change creatively during your college years?

JD: After undergrad I worked commercially for six years before going to Cranbrook for grad school. I think your ideologies, sense of worth, and needs fluctuate drastically; it is a difficult thing to measure. Perhaps the most noticeable changes are who and what I was interested in.

CP: What’s the best and worst thing about the internet?

JD: I appreciate the internet the most when considering it has its own dimension. Things I hate: fugly trolls and display advertising that uses audio.

CP: How would you describe your current relationship with the internet?

JD: My relationship with the internet is fairly symbiotic. It consumes too much time and is extremely distracting. I appreciate the hits of serotonin and dislike the negative affects of social media. The internet is a home for my work; it lives there and is often viewed optimally on a screen. 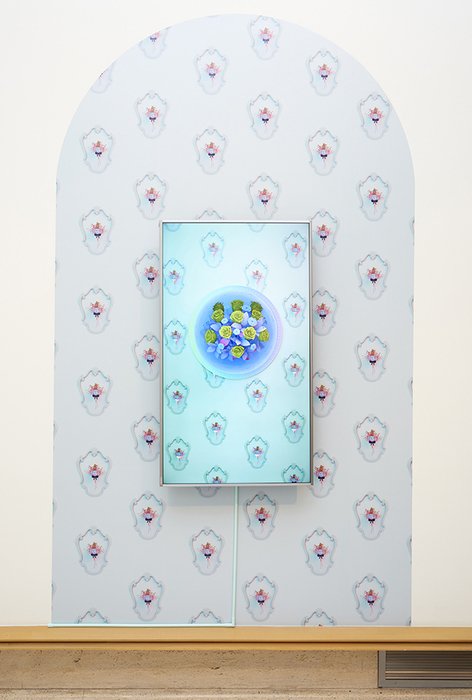 CP: What draws you to exploring interior design and decoration in your work?

JD: All of the women in my family are decorators, designers, and the lore of women in a domestic sphere extends to a digital or virtual space so I’m interested in its lineage and where I fit in to it conventionally and unconventionally. I love space that feels haunted and literature about women being trapped inside, like The Yellow Wallpaper.

CP: What in particular were you drawn to / influenced by? What does it mean to go beyond decoration?

JD: I’m drawn to the historical relationship between textiles, fiber, and technology. Weaving can be considered an early computer system. In textile design you find pattern and interior application to the walls and fabric. I look at historical and contemporary patterns, visual trends, and artists working in a similar realm who also utilize 3D modeling software and motion. I’m not thinking about what is beyond decoration.

Decoration can be an emotional lifeline and I think part of me wishes to defend its nature. During grad school I spent a lot of time researching Victorian mourning rituals and what purposes various rooms had and what gender occupied them. 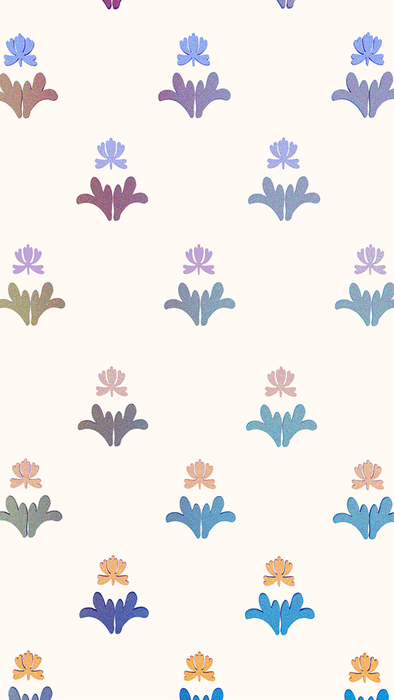 CP: You describe your work as CyberFeminism, can you define what that means?

JD: Cyberfeminism is applicable when my work takes up space and lives on the web with the intent of remodeling a male-dominated landscape. That could look like animated wallpaper or overtly feminizing something. I began identifying with this movement when I was invited to show with Cybertwee Headquarters and paying attention to women’s roles in video games, tech culture, and how other women were expressing themselves digitally.

CP: Why do you think new media art has become a natural home for feminist art?

JD: New Media has been a coven for feminist art because in most parts of the world it is unrestricted, uncharted, and entirely accessible. I’m looking forward to the future where there is more of a consensus or better understanding of how new media is no longer…new. 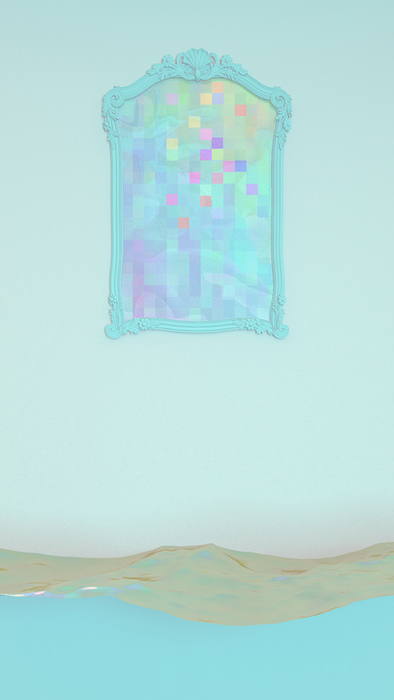 CP: How does your commercial design work influence your art and vice versa?

JD: Commercial design work provides the means to live and make artwork. I appreciate when it allows me the time to learn a new technical skill. I’m about to start a six-month contract position within a creative merchandising team and will be able to extend my use of pattern and material to window display. I could see this influencing my art and my art sneaking out if they let me get weird.

CP: If you had an unlimited budget for a piece of work what would it be?

JD: I would artfully renovate a devastated neighborhood and install in one room within each house, the brightest and best immersive screen installation to stream digital wallpapers and environments. Once the exhibit lived for an extended amount of time, the homes would be re-purposed to function as low-income housing and a dachshund animal refuge. 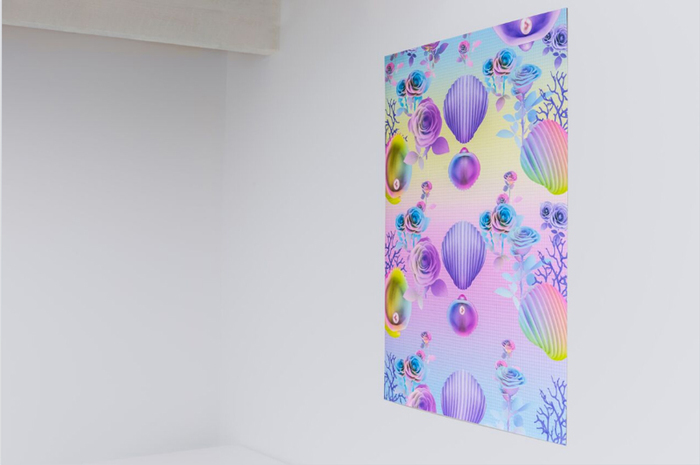 CP: Can you talk a little about the influence of the Sea Punk movement on you work?

JD: I first discovered Sea Punk a few years ago and was very excited because, somewhat shamefully, I’m one of those people who f-ing loves mermaids. I own an obscene collection of mermaid figurines not on display and read adult “Mer-Literature.” Fashion merging with fantasy sea life is dreamy and leaks into my work through color and sea paraphernalia like shells. I remember feeling territorial, like “these people don’t know mermaids better than I!”  If I were to curate a mermaid and Sea Punk exhibit it would be titled Watering Holes.

CP: How would you describe your relationship with color?

JD: There was a time I was too dependent on pastels and it is rare for me to stray away from using a calculated color scheme. Color can be used as a weapon. I like to be equally invasive and subtle with my color usage.

CP: Seattle has been slow to embrace new media art, despite now being a tech town. Why do you think that is? How can it change?

JD: I’m not certain it has been substantially slower than anywhere else. I don’t want to blame or point fingers at the tech bros and hoes because it is not productive. We are fortunate to have institutions like Interstitial Gallery and collectors open to something unstable or ephemeral. Though not based out of Seattle, Electric Objects is an incubation project by the New Museum, and was a ray of light and had the potential to be an incredible way to own new media art. The project is no longer funded but being maintained by Giphy, major bummer. My hope is new media art will be more and more embraced over time alongside our art scene and they will grow simultaneously. 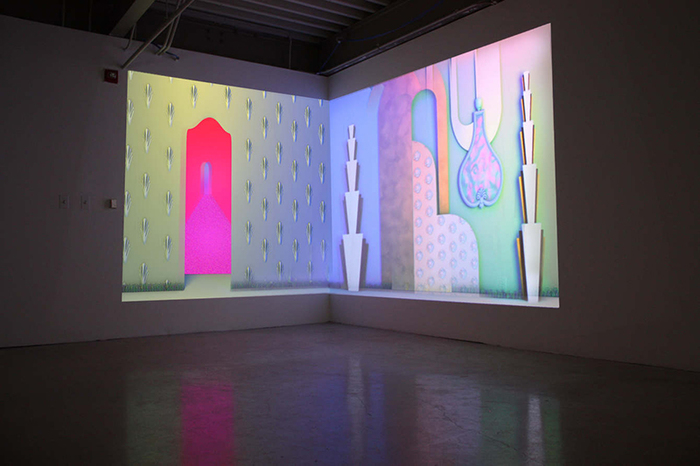 CP: You made a piece inspired by Dario Argento’s Suspiria. What drew you to that film in particular?

JD: Its use of stage lighting and art deco design elements to emphasize the horror and beauty of its setting: a European ballet school run by three ancient witch sisters.

CP: Are there any other films you are particularly inspired by? And why?

JD: Currently its more film title sequences, for example the title sequence for the TV version of American Gods or Strangers Things. They are impactful and breathtaking. I think about future works having a similar duration and purpose. I don’t often utilize audio or typography and it would be a fun challenge. The film version of A Room with a View was the inspiration behind my thesis project called A View with a Room and also has a fantastic opening sequence using illustrated crests and motifs.

A View With a Room from Jessica Dolence

CP: What are you currently working on and what do you have coming up?

JD: I’m currently at a residency on Lone Pine Farm located on Bainbridge Island. One of the projects I’m working on while here is harvesting and using a flower press to conserve flowers and other plants in order to build new floral wallpaper that will be used in a virtual environment. I’m cataloging their meaning using floriography and The Language of Flowers. Also in the works is a series of digitally printed fabrics modeled after 17th-century Bizarre silk patterning and configurations. There might be an augmented reality part to the work. They are asymmetrical and offer endless opportunities to explore where motion or AR can be activated. 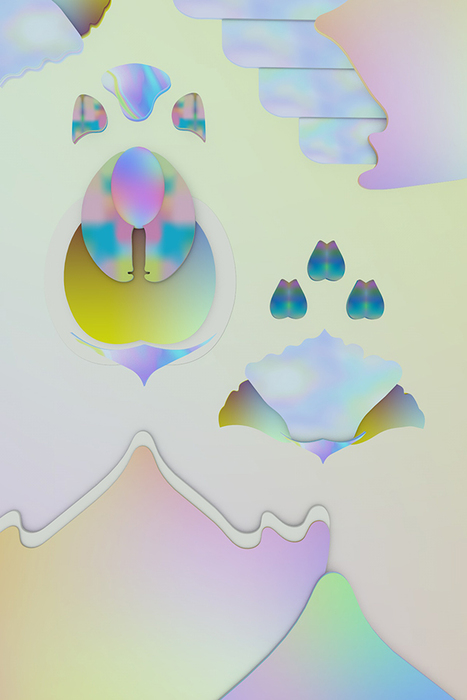 (Image at top: Living Wallpaper. All images: Courtesy of the artist)