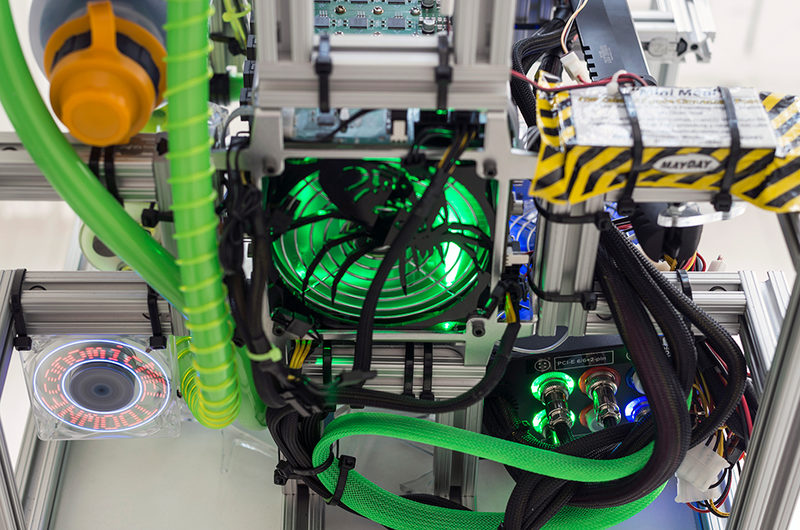 Sterling Crispin: Begin at the End

What does the end, The End, look like? Is it a transcendent experience like the religious and singularitarians believe? Will humans transform into iridescent angels of ethereal nature, timeless in their march towards oneness? Will the end look like an episode of The Walking Dead? Like an episode of Doomsday Preppers? Will the remnants of society scrabble together the few resources left to find baseline survival the underlying truth of excess? Does the end resemble a person sitting in a concrete box buried underground swallowing baked beans out of a can, or do we become waves of energy, identifiable not by our body but by a collection of experiences and tropes traveling from host to host, like a Westworld protagonist?

It is hard to conceive of a greater tension between these two visions and yet they exist, in tandem, in our collective imaginations. “To imagine civilization dwindling down to a couple thousand people, the Earth in environmental hell, taking global collapse to its conclusion—it’s unimaginably terrible,” says artist Sterling Crispin. “But,” he continues, “take techno-optimism to its extreme, with humans living for hundreds of thousands of years, and it’s also kind of unimaginable.”

Sterling Crispin explores the end. From a fascination with Buddhist conceptions of oneness and propelled by the rapid technological pace in the era of Moore’s Law [1], Crispin takes as his subject the hurtling hulk of humanity as it flies towards some kind of imagined or real conclusion. “Transhumanism is on my mind a lot,” he says.

The singularity as a concept comes from a 1993 paper [2] by mathematician Vernor Vinge in which he states: “We are on the edge of change comparable to the rise of human life on Earth. The precise cause of this change is the imminent creation by technology of entities with greater-than-human intelligence.” The basic principle of singularitarianism is that, at a certain point, advancement will be out of human hands. Technology will be free to replicate and improve on its own. Futurist Ray Kurzweil believes that at this point a massive rupture in human culture, philosophy, and civilization will occur, characterized by the end of death and anthropocentric evolution. Kurzweil’s end is an apocalypse of a different sort.[3] His is a moment of becoming and transcendence beyond the human. 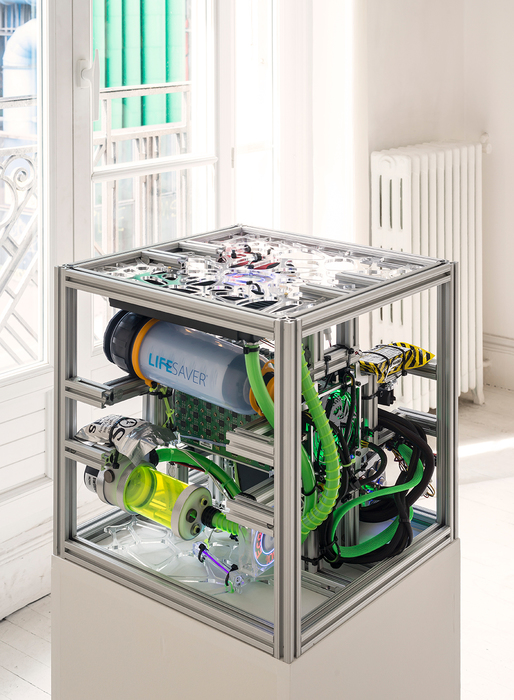 The globe just scored a hat trick of hottest years on record. The doomsday clock has begun ticking towards midnight again. Amidst the statistical evidence, markers of impending doom keep pinging us. The cries of apocryphal evangelists are beginning to ring true.

With each passing meteor, every seemingly-significant date on an ancient calendar that appears on our Julian calendar, throngs proclaim the end with rapturous fervency. But the end interrogated by Crispin is not fanciful. His work has a sincere immediacy: “Trump’s presidency and the collapse of civil society really gets you thinking about how fragile our whole global economy is and how loosely everything is held together.” He goes on, “Next month, some catastrophe could happen that could close down international shipping, close off the internet; millions of people could die because there wasn’t enough food. We’re just on the edge of this all of the time.”

Never has the world been so interconnected. In 2015, $16 trillion (21% of GWP) in merchandise exchanged hands across the world. In 2013, one fifth of the average American’s diet was imported. This interdependence isn’t trivial. As political forces around the world begin to pull back from the integrated system of globalized advanced capitalism, the connections holding it all together seem more tenuous than ever.

Crispin’s suite of four sculptures, N.A.N.O., B.I.O., I.N.F.O., C.O.G.N.O. (2015), serves as sentries. Each monolith is attached to an industry stock: N.A.N.O. comes with 100 shares of stock in a nanotechnology company, B.I.O., biotechnology, I.N.F.O., informatics, and C.O.G.N.O., cognitive research. If separated, these Gundam-like structures will track each other: a GPS display shows you where the other three horsemen are at all times. An emergency water purifier and food rations anchor the sculptures. N.A.N.O. et al. recall ancient statues guarding a crypt, protectors of humanity straight out of anime waiting for the right time to awaken and save the world. They reach towards the promises of advanced capital, zeroing in on the industries most likely to transform humanity via the singularity and save it from itself. 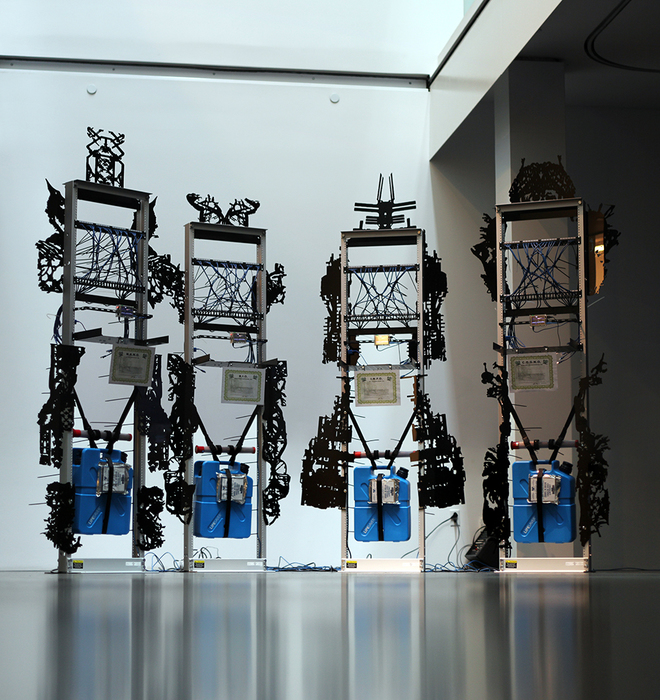 Of course, if that doesn’t work out, there’s always a jerrycan of clean water and some freeze-dried beef.[4]

Self-Contained Investment Module and Contingency Package (2015), like N.A.N.O…., is practical and sculptural. Inside an aluminum frame sits an ASIC Bitcoin mining tube, a Lifesaver Systems 4000 ultra-filtration water bottle, an emergency radio, Mayday emergency food rations, a knife, heirloom seeds, etc. The connections are barely waiting to be pieced together by the viewer: they’re all there, visible in the cube. Crispin’s work makes hard connections, direct metaphors, in his search for the aesthetic of the end. “The metaphors I use are heavy-handed but rounded in the utility of their function in reality,” relays the artist.

In some remote corner of the universe, flickering in the light of the countless solar systems into which it had been poured, there was once a planet on which clever animals invented cognition. It was the most arrogant and most mendacious minute in the “history of the world”; but a minute was all it was. After nature had drawn just a few more breaths the planet froze and the clever animals had to die.[5]

There is something reflected in the gleaming aluminum, the candy-apple neon, and low hum of Self-Contained. An optimism, perhaps, that if we structure things just right, if we allow for recursive corrections, if we prepare and adjust, we won’t be the ones responsible for bringing the short reign of humanity to an end. We might not be Nietzsche’s arrogant creatures doomed to death on a frozen, or in this case, scorched Earth. We may just be the ones that become what’s next. Either way, be prepared.

[1] Moore’s Law holds that the number of transistors in an integrated circuit doubles every two years. This law has been extrapolated to include the exponential rate of computational and technological advancement more broadly.

[2] Vernor Vinge, “The Coming Technological Singularity: How to Survive in the Post-Human Era” (paper presented at the VISION-21 Symposium sponsored by NASA Lewis Research Center and the Ohio Aerospace Institute, March 30-31, 1993).

[3] Kurzweil, it should be noted, is driven to defeat death so that he may resurrect his father who died early on in Kurzweil’s life. How human is that?!

[4] It’s difficult to ignore humor when discussing the end. One cannot approach nothingness without being a bit glib.

[5] Friedrich Nietzsche, On Truth and Lies in a Non-Moral Sense, Trans. Ronald Spiers. 1873.