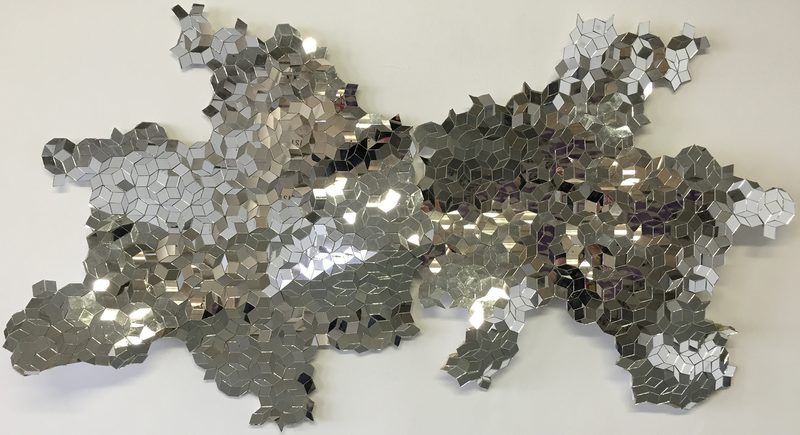 ArtSlant will be exhibiting the ArtSlant Prize 2016 Winners at SPRING/BREAK. In expectation of this uniquely site-specific, curatorial fair, we’re featuring four interviews with participating curators and artists, asking them what they see reflected in the black mirror.

Arts non-profit chashama is no stranger to exhibiting artwork in unexpected spaces. Since 1995, chashama has worked with property owners across New York City to transform unused real estate into affordable spaces where artists can work, perform, and exhibit. Today, its Workshop Program, which grants more than 100 artists private, subsidized studio space, is the largest non-profit residency program in New York City.

When SPRING/BREAK Art Show takes over a former office space at 4 Times Square this Armory Week, chashama will join over 150 curators (and 400+ artists) exhibiting at the fair. The alignment of these two institutions could hardly feel like a more natural partnership; in converting unused properties to support artists and arts professionals, chashama has a clear affinity with the six-year-old fair. At SPRING/BREAK chashama will feature artists from across its studio network, with work responding to the 2017 theme: Black Mirror.

Approaching a quarter century in the service of artists, chashama will also be honored by this year’s Artsy Benefit Auction. “Re-thinking what ‘art space’ means and how to provide artists and art professionals with more has always been their vision, and that vision has changed the city we live in for the better,” says SPRING/BREAK cofounder Andrew Gori, describing the tribute. “We couldn’t think of anyone more fitting to partner with for this year’s auction.”

In the throes of preparation, curator Janusz Jaworksi spoke with us about chashama’s art historical approach to the Black Mirror, and offered meaningful pushback against the idea that New York City ever had a “traditional arts landscape.” 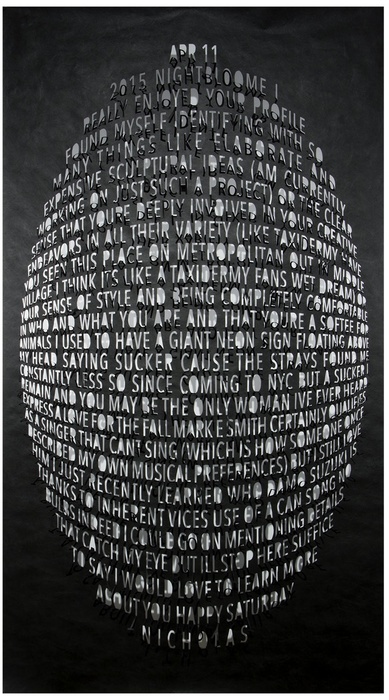 What’s your conception of the Black Mirror, and how will that play out in chashama's SPRING/BREAK presentation?

The Claude glass, or black mirror, was something that people would carry around with them in order to see the world differently. It was a low-tech way to break away from the reality around them, and instead see things in a slightly abstracted way—a softer, more “picturesque” way. But in the process of using the black mirror, the person would focus on the world behind them, sometimes completely missing what’s right in front of them. For chashama’s take on the overall SPRING/BREAK 2017 concept of the black mirror—simultaneously obscuring some features of the artist and thereby enhancing others—I've gone back to how the original black mirrors were used, but instead of focusing on what’s behind us spatially, I’ve picked work that looks through the black mirror in a temporal way.

Tell us more about an artist whose work you think is really emblematic of this exhibition’s argument.

Danny Licul has built a cardboard model of an amalgamation of his former schools and populated it with students and faculty made of clay. He creates scenes with these clay figures, lights it in a theatrical way, and then paints those scenes. We don't know what the young Licul’s school life was like, but we are given the opportunity to imagine it from the glimpses he brings forward in these works through his current day reflections on that time. 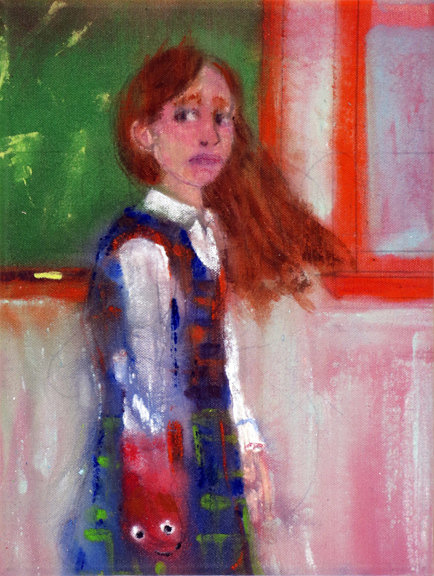 What was your process curating this exhibition like? How did you choose the artists?

SPRING/BREAK and chashama share some of the same goals when it comes to exhibiting art in unexpected and otherwise unused spaces. Can you describe some of the work chashama does, and how you see that shaping or challenging the traditional arts landscape in NYC?

I’m going to challenge the notion that there is/was a traditional arts landscape in NYC. There was one that was branded as such, and I’ll get to that in a moment, but there are many arts landscapes in NYC. Their traditions reach back into the history of the city and its people—and given the large influx of people from around the world into New York City, those traditions extend well beyond our five boroughs.

People make and present work in so many ways, and in so many parts of the city, but until the last few decades or so, the only arts landscape that was branded as the city’s “Traditional Arts Landscape” involved works made in studios by Artists (predominately white males), and then exhibited and sold in galleries (usually owned by white males), or presented in museums (see previous parenthetical statements regarding who was in charge of these).

The traditions within the predominantly white, predominantly male, art world are changing, and a lot of the time it’s been through co-opting and appropriating traditions from other parts of the art world that have been existing side by side, or actively working against that white male world. Fortunately for us all, technologies are making it possible for people to bypass the “Traditional Arts Landscape” and see/support the work of a multitude of artists.

With that as the truer picture of our city’s artistic landscape, chashama, in partnership with property owners, opens presentation spaces in various parts of the city and finds people who live and work in those areas who are interested in presenting their work to the public. Some of our spaces look a bit like galleries (white walls and such), but others are simply places made available for artistic expression to be seen. We have a diverse database of artist projects awaiting space, and if even a small fraction of vacant storefront owners would contact chashama, we could work together to transform the visual landscape of this city with art. 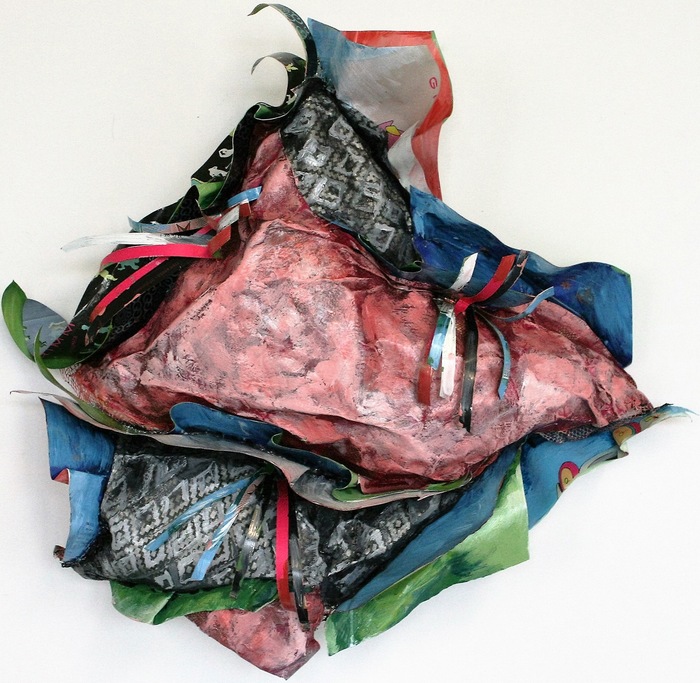 4 Times Square is a unique exhibition space, and chashama's known for transforming unexpected properties across the city with art. When curating this show, how much did this specific office space play into your decision making?

For me, the physical aspects of a presentation venue are always the first part of curating or programming a space. The easiest way to make good art look bad is by putting it in the wrong space (well, that and not lighting it properly). Given that most visitors will be coming from a white box gallery mindset, we’re sort of re-creating a bit of that world, albeit a little disjointedly, and also working with the givens of the space.

Its past life as an office space didn’t figure into my curation at all. For the weeks that we’re using it, it’s not an office space; it's an an art space. It’ll be an office space again soon enough, so for now we’re celebrating this other life it can have. There’s a lot of vacant office space in this city (9.2 percent in the third-quarter of 2016, and given that NYC has more than 450 million square feet of office space in Manhattan alone, that’s approximately 41 million square feet of space that’s vacant just in Manhattan!) Perhaps—and I know this is a big perhaps—building owners will see what art can do to transform a space, and in the future having exhibitions in otherwise empty floors of office buildings will be a standard practice.

(Image at top: Caleb Nussear, Penrose module A, 84 x 44 x 12 inches. All images: Courtesy of the artists and chashama)