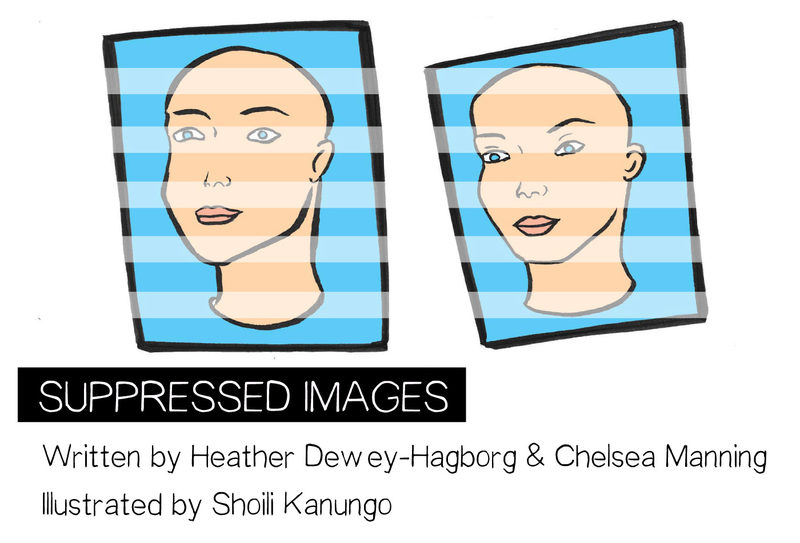 Heather Dewey-Hagborg is perhaps best known for her project Stranger Visions, a dystopian romp into the world of cheap genetics technology and surveillance culture where she was able to create facial masks of New Yorkers from bits of gum and hair left by individuals on the streets.

Unfamiliar? Read our interview with her from last year to catch up.

Today, she released a comic, Suppressed Images, in collaboration with Army whistle-blower Chelsea Manning and illustrator Shoili Kanungo as one final push to gain clemency from out-going President Barack Obama. Manning has been reported to be on his clemency shortlist.

The comic tells the story of how Dewey-Hagborg came to work with Manning on Radical Love: Chelsea Manning, a project initiated by Paper Magazine to create a DNA portrait of Manning, since the Army would not allow any portraits of her to be taken.

When asked about the significance of this act of visual representation, Dewey-Hagborg said, “As Chelsea has described elsewhere, our current society depends a lot on visibility. To be invisible is, in a sense, to cease to exist. This is the power of a person’s image which the prison strips her of. The idea behind the piece was to give her back some of the visibility and power she was stripped of.”

“Chelsea is such an inspiration to me personally,” Dewey-Hagborg continued. “I really wanted this comic book to show her incredible spirit and resilience and sense of humor. The media really doesn’t capture this. I want people to see her humanity, in addition to her brave act.” 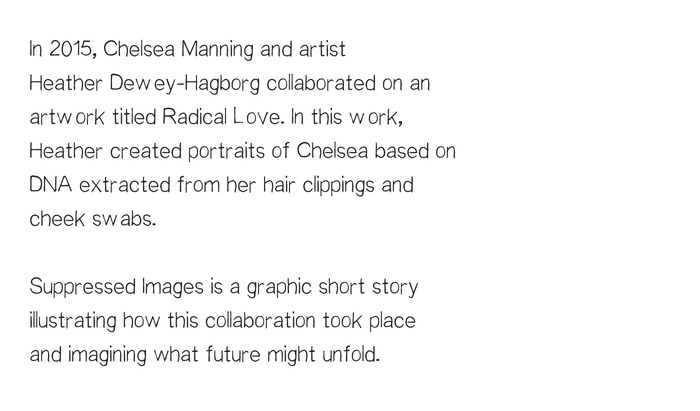 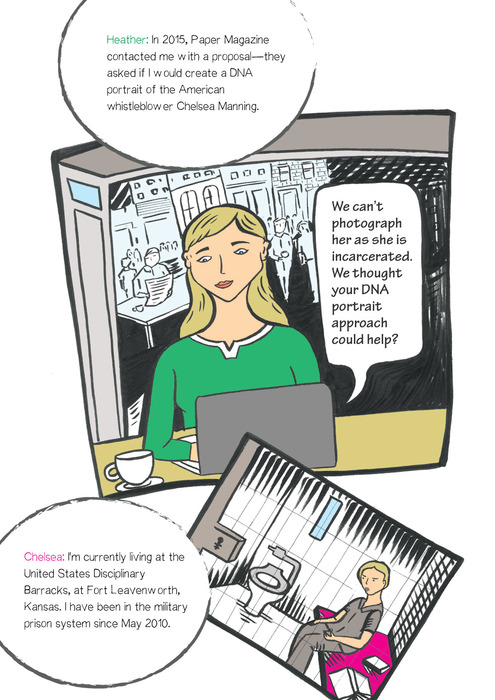 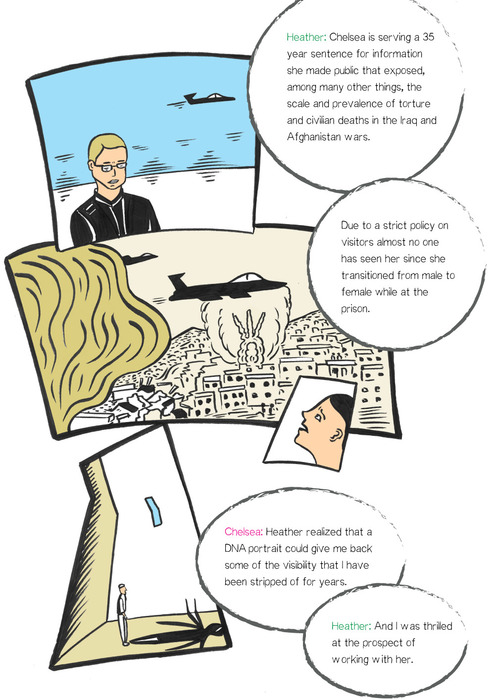 The comic is another vector in a wider campaign urging Obama to grant Manning clemency. Here’s hoping this goal will come to fruition.

UPDATE: President Obama has commuted Chelsea Manning's prison sentence, she will be released on May 17th.