The Taste Issue: An Introduction

Taste With the Body and Without | Zachary Cahill

This is an email sign off I received from my fellow editor, Joel Kuennen, the other day. Touching base about what we’ve been making and eating is not uncommon for us; before taking on the challenges of running an art website, in fact, Joel was a sous chef. Amidst meetings about editorial strategy and publication schedules, we swap recipes for preserved lemons, and I implore him to send me transatlantic care packages of that lavender hot sauce he’s been fermenting (thanks, Joel—it’s about time for another batch!).

That we are publishing a special edition on food—on taste—feels natural and overdue.

The bonds between food and the arts are far too many to cover in this space. Just last week Laure Prouvost shared a fantastical meditation in The Guardian on her ideal “Last Supper,” imagining an epic meal involving pineapple hats, chasing pigs, and foraging for berries with her grandparents. It’s easy to envisage the scene realized in a forthcoming video installation from the Turner Prize-winner. The same day, a continent away, Bay Area chefs started serving up signature pork belly dishes in a month-long tribute to the “meat-shaped stone,” a priceless Qing Dynasty sculpture that, as advertised, is a piece of jasper carved to look like a hunk of pork belly. On loan from Taipei, the 19th century royal treasure is currently on view at San Francisco’s Asian Art Museum. For centuries, artists have looked to the kitchen for nourishment and inspiration—these days, chefs are looking back.

In preparation for The Taste Issue, I did some art-inspired cooking myself, getting my hands on the new cookbook from the studio of Olafur Eliasson. More than a collection of recipes, the book is a testament to the intimate relationships between nourishment, community, ecology, labor, and creativity. In the introduction, iconic Berkeley chef Alice Waters describes the studio as an “organism.” It is a social being, nourished literally and creatively by the communal rituals of dining.

Studio Olafur Eliasson has some 90 members, including dedicated kitchen staff, who prepare meals for dozens of people daily. Reading the cookbook, I couldn’t help but think it represented a different reality entirely from the working and dining conditions of 99 percent of artists. Last November I profiled Studio Cooking, a residency in which Los Angeles artists Arden Surdam and Meghan Gordon programmed a series of “meal events” to interrogate what artists eat while they’re working. Their inspiration? A vision of the artist cooking in her studio with little more than a rice cooker and a hot plate. When I caught up with the artists recently, Gordon reflected on the project: “By choosing to work with food, Studio Cooking was looking for a universal expression of artist labor—what work do we do as artists that cumulatively adds up to the art we make in its final form?”

She went on, “Everyone has to eat to continue making work, but some cook, some buy fast food, some share this task communally, some can pay others to prepare elaborate meals… these are very personal and political actions, which can provide a possible context for an artist’s work.” From Studio Olafur Eliasson to Studio Cooking, we find this organism, at once creating and consuming, its tentacles reaching out and touching on our bodies, our work, our politics, our environment. “When we cook, we both use  the world and produce it at the same time,” writes Eliasson.

In The Taste Issue, writers dig in, ruminating on the big picture, and also the microscopic one. Nadja Sayej profiles a Berlin Biennale project where visitors are literally ingesting artwork. Artist Debora Delmar Corp.’s juice bar, MINT, speaks not only to the influences of celebrities and lifestyle branding on taste, but also to the global economic contexts embodied in the trendy products we consume.

Given these examples, you’d think taste is all relational aesthetics and social practice. But for some, like the founder of Soylent—a food product designed to be a nutritionally complete meal in beverage form—eating and cooking are perfunctory tasks. Joel Kuennen chats with artist Sean Raspet, who was brought on as a “taste creator” for the company. Raspet zooms way in, transforming food, and flavors, on a molecular level, before widening back out to consider the product’s implications from commercial and environmental perspectives.

Artists and chefs sit across a narrow table: As Debora Delmar Corp. and Sean Raspet make food as art, some chefs make art with food. Ferran Adrià is the only chef to have participated in Documenta, and he currently has an exhibition about his work and legacy. Edo Dijksterhuis gets some face time with the legendary Catalan chef, who reaches across culinary boundaries, describing his interdisciplinary project to map the elements of gastronomic creativity.

Of course taste is not just about what we eat, but what we see, feel, judge, experience. To round out the issue, Zachary Cahill chews on contemporary manifestations of taste, wondering whether our idiosyncrasies and aesthetic preferences reflect not only our social hierarchies, but our humanity, our very physical, embodied being. Can taste connect rather than isolate us?

As I was preparing “Tomato Soup with Cumin and Figs” from the Eliasson studio cookbook, some 3,400 miles away Joel was working on the gif for this issue. We chatted via Skype and I watched as he suspended a camera above his stovetop. Affixed to the makeshift rigging, illuminating the frying pan, was a small yellow light: a Little Sun solar lamp, made by Studio Olafur Eliasson. We laughed, hysterically, as he smashed eggs on the skillet, his failed experiments becoming breakfast. The sun, and our tastes, bringing us together. 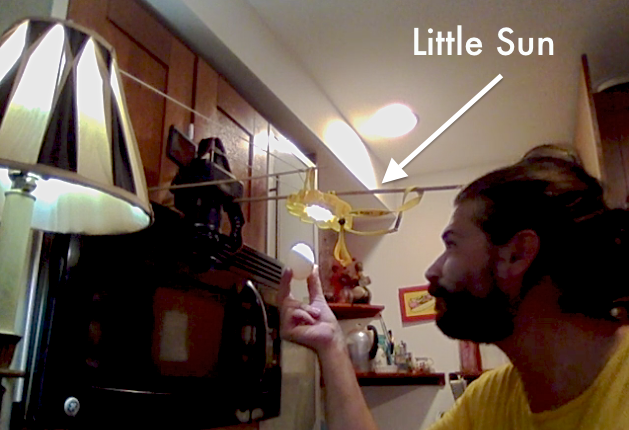 From Kitchen to Gallery, Ferran Adrià Unpacks the Tools of Creativity Ferran Adrià
6/15/16