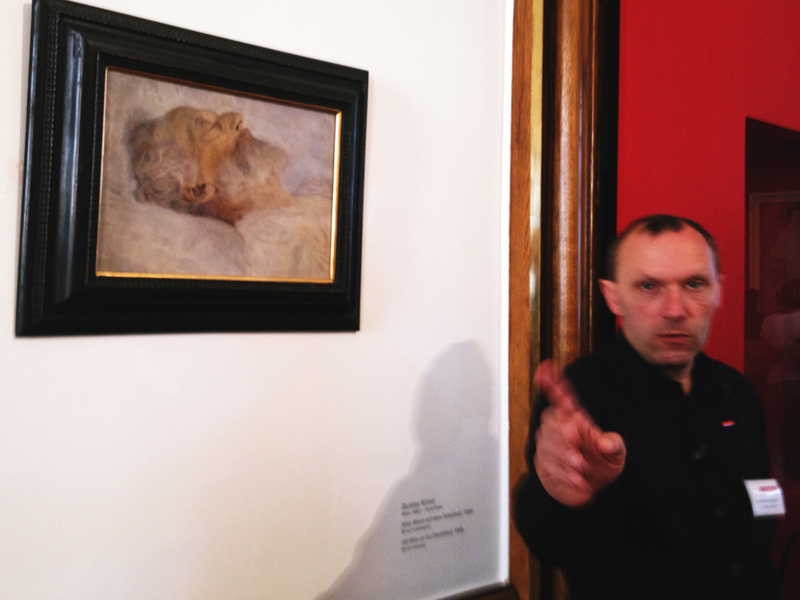 No Photos Please: Finding Respect and Value in Museum Communities

This season, in partnership with ARTS.BLACK, ArtSlant is publishing a series of essays on security, guards, labor, and privilege in museum spaces. Find the first installment and an introduction to the series here.

I’d be lying if I said that I’ve always held a deep respect for museum guards. That I’ve reflected deeply on those who stand and sit for hours on end, thanklessly serving as the human buffers between the world’s greatest treasures and greasy fingers or forbidden selfies. The truth of the matter is, most of my interactions with guards throughout my life of visiting museums have been at best aloof, and at worst contentious.

This is perhaps the residue of growing up brown, adapting a strained relationship with those in uniform and being bitter at staff who constantly shadowed me at department stores as a kid. I sneered at guards who scolded me for taking photos, without any thought into the jungle of licensing policies that led to such rules. I rolled my eyes while getting my bags checked, without considering the fact that the person poking a stick through my belongings probably found no joy in doing so. I was a museum visitor, and guards were the debbie-downers getting in the way of my Instagram post. I was just as likely to think deeply about museum guards as I was about TSA agents or bouncers at the club.

These days, I work in museums and interact with guards on a regular basis, so my understanding has become more nuanced—but it’s certainly a nuance. I now watch visitors roll their own eyes at bag checks. They haven’t read the humanizing columns in The Times and Vice. They are unaware of Fred Wilson’s Guarded View, the portraiture series by Andy Freeberg and Alec Soth or the numerous other idiosyncratic exposés on museum guards that you become privy to when you’re a part of the art and museum bubble.

But it wasn’t long ago that I harbored similar resentments for guards, going as far as to embark on an amateur and immature project for the “liberation of the museum experience,” whatever that meant.

I spent 2012 and 2013 traveling, often going to museums as my introduction to new cities and countries. At the time, “curator” was not a part of my job description or even my personal vocabulary, yet I saw museums as intimate crash courses into the histories and cultures of my new surroundings. After a few run-ins with guards, I began developing a photo series I called No Photos Please, comprising shots of guards in the middle of stopping me from taking shots (I warned you it was amateur). It became a sort of global scavenger hunt, and I found myself in museums throughout the world with my heart racing as I scouted for the perfect artwork to photograph—and the perfect guard to stop me. 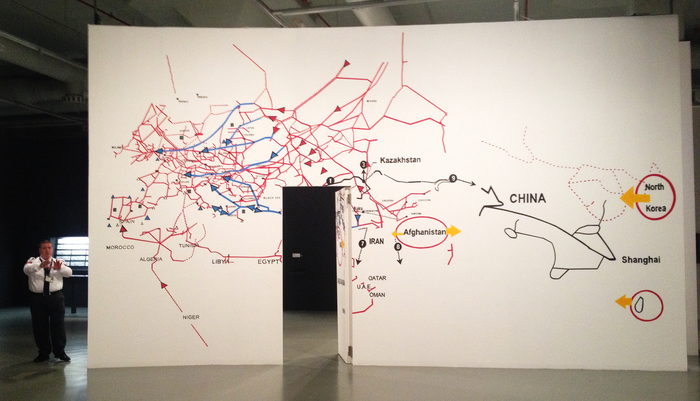 No Photos Please was a cat-and-mouse game that only I was aware I was playing, but soon I began noticing the cultural differences between guards in different museums in different countries. Guards in Austria shot up quick, lens-blocking fingers. Guards in Japan slid beside me to whisper dismay in my ear. American guards shouted for the entire gallery to hear. In the National Museum of China (where friends warned me that I risked eternal detainment if I dared to shoot in the camera-forbidden room of Mao paintings) guards actually moved out of the way when they noticed they were standing in my shot. In the Philippines, all guards carried AK-47s. I did not attempt No Photos Please there. As my series grew, it became apparent to me how unique each guard was—that despite the uniforms, policies, and general silence that surrounded their roles, their personalities were embedded in their interactions with myself and other visitors.

It didn’t take long for me to realize how wack my whole project was—how it simultaneously exploited and trivialized people who were just doing their jobs. I stopped the series shortly after I began working at the Smithsonian, when I learned of recent strikes led by staff at the nearby National Gallery of Art and began following conversations such as #MuseumWorkersSpeak. Yet, I continue to be compelled by the fact that museum guards are cultural ambassadors hidden in plain sight. While curators and directors are imported from far and wide, guards are often locals. For visitors like myself, who love museums for being cultural portals, a mindful interaction with a guard can go further than an encounter with an art piece.

As museums reflect on their own evolutions, a deeper respect for the roles that guards play is vital for their becoming the forums for cultural growth and human interaction that are greatly needed. I am reminded of a time when I would come to a museum to sharpen my race theory in front of a Kara Walker installation, while not giving a thought about the staff hierarchies that resulted in the brown and black people stopping me from photographing it. I witnessed the art without processing it. As a curator, I think back on moments like that as a missed opportunity for both the museum and the visitor. Recently, the Broad Museum in Los Angeles has been applauded for its rethinking of museum guards as “visitor services associates”—some who have art history degrees and are ready to make restaurant recommendations. Although this is a novel step, it doesn’t solve the larger issue of the strained dynamic between visitors and blue-collar museum staff, or those tense moments when a guard has to remind you for the third time to wear your backpack on your front.

Museums are important because they locate value in our surroundings. We curate, contextualize and present what might otherwise be overlooked, discarded, or marginalized. This is manifested when it comes to art, artifacts, and stories—it’s our duty to reflect this internally as well. In museum board rooms and curating sessions we talk so much about how museum professionals need to dialogue with the public more, understand wayfinding and user experience, learn to interpret pieces to the public with less jargon and more personalized perspectives. These are considered the holy grail of museum innovation. They are also skillsets that guards have embodied since the birth of museums.

The members of the museum community who are most taken for granted—guards, volunteer docents, maintenance workers—are sometimes the only personnel that someone encounters during a visit. They aren’t merely mouthpieces for policies and content, they are literally the personalities of the museum.

(Image at top: Guard with Old Man on Death Bed by Gustav Klimt at The Belvedere, Vienna, Austria, 2012. All images: Adriel Luis, No Photos Please. Courtesy of the author)