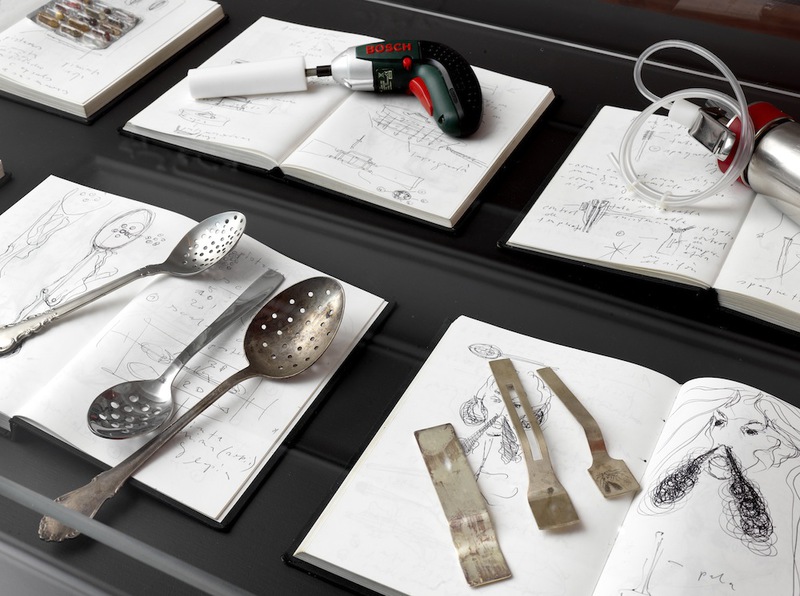 From Kitchen to Gallery, Ferran Adrià Unpacks the Tools of Creativity

In a culinary world populated by stars, Ferran Adrià is the uncontested sun, the center of the universe. The Catalan chef who started off as a dishwasher at Barcelona’s Hotel Playafels, joined the El Bulli kitchen staff at 22 and only eighteen months later became head chef. From 1994 onwards, the year the restaurant received a substantial investment, El Bulli’s reputation as a place for experimentation grew. It held three Michelin stars and ranked first in the World’s 50 Best Restaurants list for a record five years.

The list of firsts accomplished by Adrià is extensive and varied—both in the kitchen and out. Among them, he is the only chef to have ever been invited by the art institution Documenta to be part of the show. The run of the 2007 edition saw an El Bulli outpost in Kassel—serving two guests per night—in a project that touched on the subjects of site-specificity and “the artistic disciplines which can not be inside a museum.” 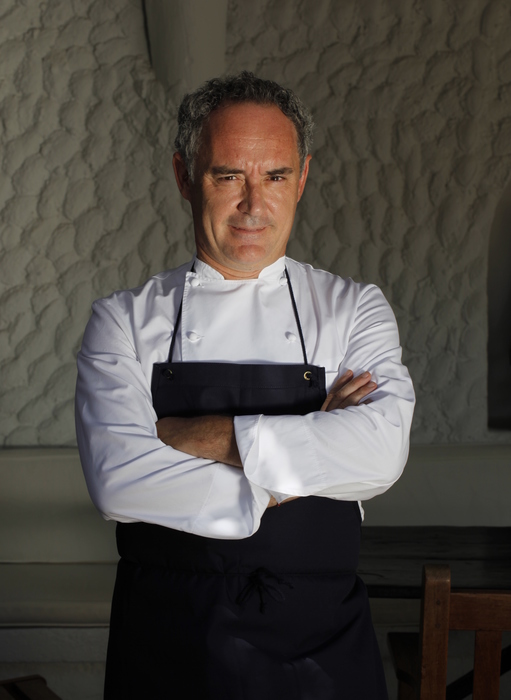 Despite recognition on one of the art world’s biggest stages, Adrià doesn’t consider himself an artist—though his creative processes, production techniques, and even the language surrounding his work share some affinities. His brand of cooking is often labeled “molecular gastronomy,” although Adrià himself prefers “deconstructivist gastronomy.” He dissects foodstuffs and processes them to change their texture, taste, or both, then combines them in innovative and unexpected ways. He is famous for using scientific and technologically advanced methods, such as freeze-drying ingredients or using dyes. For El Bulli he created no less than 1,846 unique recipes—often explosive and extreme in taste. Rather than an eating experience, dining at El Bulli was a forty-course adventure at the frontiers of culinary sensation. One of his signature dishes, the “Spherical Olive,” or liquid olive, transports you through worlds both flavor and texture—oil, salt, sour, solids, liquids—within a flash of a second.

On July 30, 2011, El Bulli closed its doors. Adrià subsequently rented a former parking garage in a residential area of Barcelona and started elBullifoundation, commonly referred to as “the lab.” Here, the chef works with a large team of young historians, economists, botanists, artists, and other specialists on persevering his legacy. Using a signature method they call Sapiens, the team is mapping and analyzing all elements of gastronomic creativity—ingredients, tools, processes, and techniques—in order to uncover and unlock unused potential. It’s a rational approach to an intuitive phenomenon, which may also be used to understand other seemingly elusive creative practices.

Once in a while Adrià presents his findings in the form of exhibitions. Notes on Creativity (through July 7 at Marres, Maastricht) is one such an attempt to visualize gastronomic innovation through artistic means. On the ground floor, drawings represent the phase of conception—Adrià famously creates his dishes by drawing them. The first floor displays tools such as specifically designed cutlery and china, illustrating the production process. The dining experience, including restaurant architecture and the organization of staff, forms the end station.

For the first time, a month before opening Notes on Creativity, Adrià invited a group of international journalists to talk about his current undertakings. 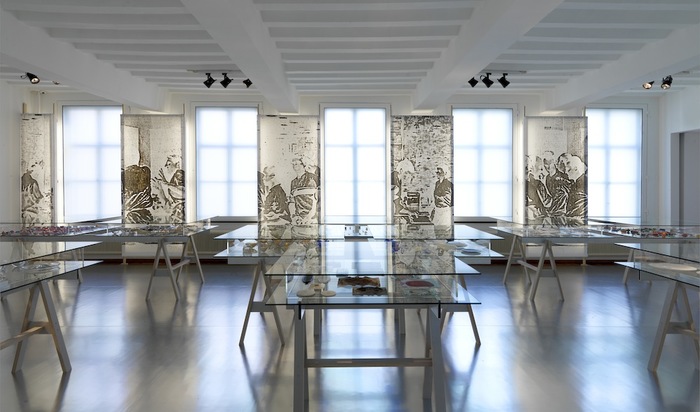 Edo Dijksterhuis: Why did El Bulli close and what made you decide to switch from being a restaurant chef to running a laboratory?

Ferran Adrià: El Bulli never really was a restaurant, not in the traditional sense anyway. It was closed six months a year and during the other six months we were only open at night. To have 75 staff members attending to 50 guests is not very conventional either.

But I guess that after almost 30 years we were getting bored. We were solidly booked years in advance and there was little room for further improvement. The period from 2003 to 2009 marked a peak for the restaurant in terms of appreciation and success, but creatively it wasn’t that interesting. And I got the impression people were getting a bit tired of El Bulli. It’s like Lionel Messi being awarded his fifth golden football—hardly any newspaper will pay attention, it’s become business as usual. We needed a new challenge, to go back to the situation of the early nineties when we didn’t know where we were going.

ED: How did you come up with the idea of a lab?

FA: When we decided to close El Bulli my brother Alberto wanted to start something new. Tickets in Barcelona is the result—a new type of gastrobar, offering an informal type of cuisine. I’ve participated in it but I didn’t want to be caught up in a kind of “new El Bulli.” I wanted to be free and spend some time reflecting on what we’d accomplished so far.

The entire restaurant concept is maybe two hundred years old. El Bulli has been around some 50 years, half of which with me as chef. A lot has been written about El Bulli—38 books, more than 14,000 pages—but maybe only ten people in the world truly know what it’s about. I wanted to analyze and document how the restaurant worked. 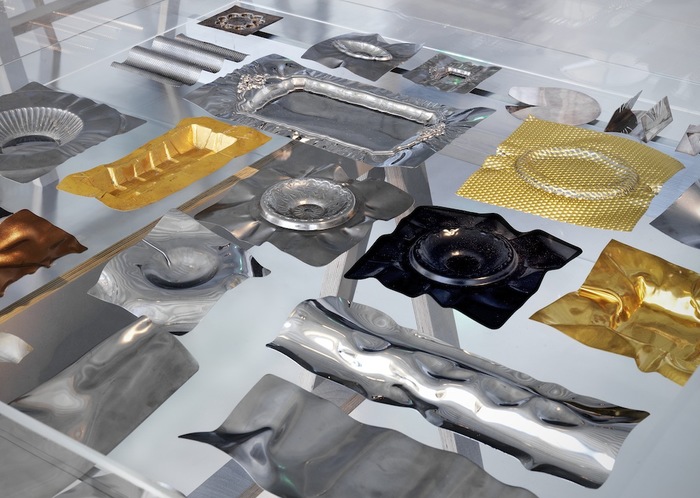 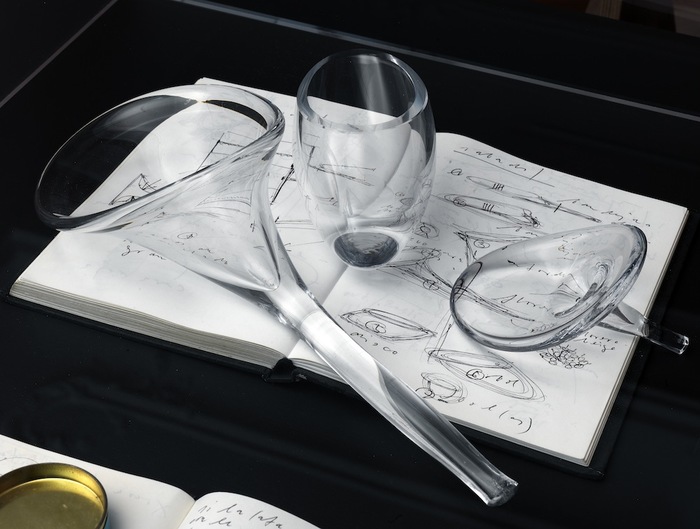 ED: What happens in the laboratory? It doesn’t look like a laboratory in the traditional sense, with test tubes and Bunsen burners.

FA: We don’t even have a kitchen here! Nobody eats; we only study, order, and analyze the creative process. I aim to decode the language of gastronomy, all aspects of it: the organization of the restaurant, the crockery used, the architecture, the personality of the staff. While running El Bulli I didn’t have time to think it through. We were working twelve-hour shifts, like efficient machines doing twenty things simultaneously.

ED: What is it you hope to uncover by sifting through thirty years of restaurant history?

FA: Ultimately I want to develop an international gastronomic language, a kind of physiology of taste. By using our self-devised Sapiens method we decode products, foodstuffs, cooking methods, techniques, and kitchen hardware. By identifying and classifying the basic building blocks we can uncover the vast culinary realm no one has ventured into yet. Up till now gastronomy has only realized a fraction of its potential. We intend to publish an extensive study, the Bullipedia, pointing out the possibilities. 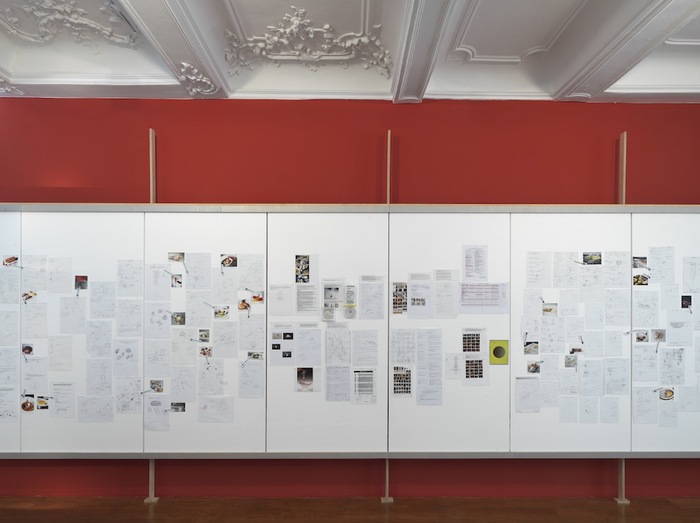 ED: How do you present the laboratory’s findings?

FA: In the first year of operating the elBullifoundation we did an exhibition in Barcelona—the first in restaurant history. It drew some 700,000 visitors. The audience was enthusiastic but I learned that you can’t really exhibit the experiment that was El Bulli. Later, we made a much more accomplished exhibition at the Drawing Center in New York, which showed how dishes were created. In the past four years, our exhibitions—twelve up till now, the one at Marres being the latest—have been about the creative process. They include sketches for new dishes, designs for innovative cutlery, co-productions with architects like Norman Foster and Jean Novel.

ED: Are there plans for a more permanent exhibition of the elBullifoundation’s findings?

FA: Yes, there are. We’re now developing a location in Roses, on the coast, and will probably open to the public in 2017. The laboratory serves as a pilot project. At the heart of the museum will be the 1,846 dishes I’ve created for El Bulli. It’s kind of an autobiographical presentation. I’ve also donated my personal archive—some 15,000 documents—so in one hundred years people can still understand what went on at El Bulli. 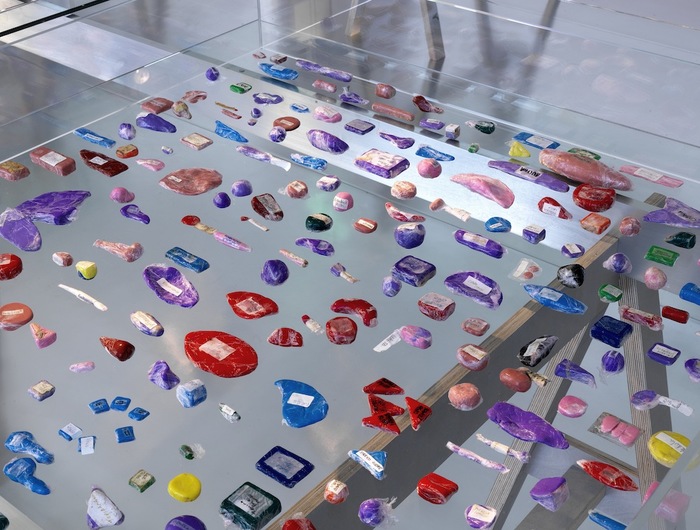 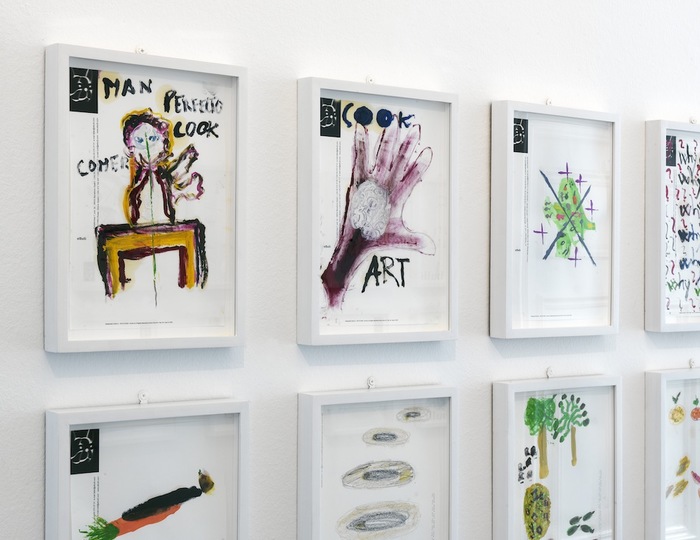 ED: You were the first—and only—chef to have ever been invited to participate in Documenta. You’ve had several museum shows and are now planning your own museum. Would you say you’re a kind of artist?

FA: I don’t care for that label. But I do appreciate the way the art world has taught me how to look at things. Thanks to Documenta I could reflect on the concept of creativity for a year and a half. And the conversations with artists have changed my life.

I do think, however, that the contemporary art world is lacking someone as radical as Andy Warhol who can bridge the gap between the inner circle and the larger audience. We need a Steve Jobs of the art world. There is so much talent out there that goes unnoticed.

ED: Using the football analogy one could say you’ve been the star player in a world-class team for years and now you’re the coach. Would it be possible for you to step onto the pitch again?

FA: At forty, Cruijff and Messi can’t play anymore. I could be back in the game at fifty or sixty, if I wanted to. But I don’t feel the need to play anymore. My job now is to coach, to pass on my knowledge. And it’s quite a challenge, maybe the biggest in my career, to make explicit my ideas about creativity. And it’s exciting to see if the Sapiens method actually works, and that it’s not just some mad man’s theory.

ArtSlant would like to thank Ferran Adrià for his assistance in making this interview possible.

Art Fairs Aren't Evil, They're Just Boring (Most of the Time)
5/11/15
COMMENTS (0)
ArtSlant has shutdown. The website is currently running in a view-only mode to allow archiving of the content.