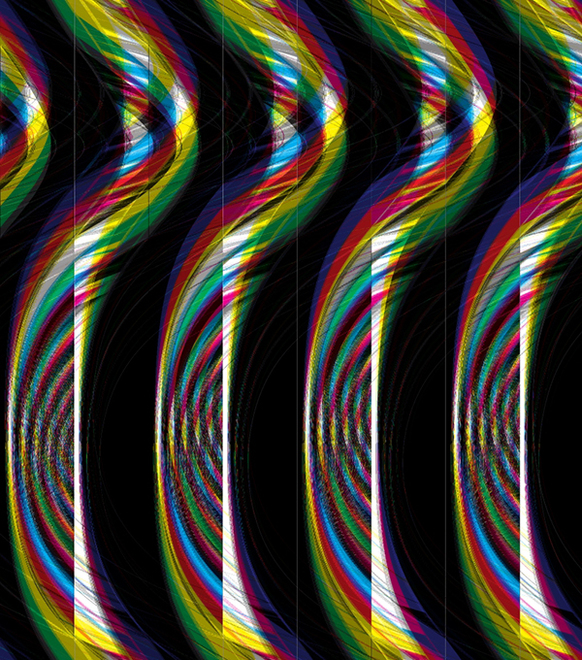 Daniel Temkin is currently showing new work from his Glitchometry series at NADA with the new media powerhouse, Transfer Gallery.

Although Glitchometry could be described using the fashionable phrase “glitch art,” it bears little resemblance to what we have come to associate with that genre. Temkin’s talents in programming have given him ability to create his own unique systems for manipulating imagery through code. Although the technical aspects of Glitchometry’s creation are deeply fascinating, they never overwhelm the works’ pure hypnotic beauty.

I spoke to Temkin about the origins of his interest in glitch art and why this unconventional method of artistic creation continues to fascinate and inspire him. 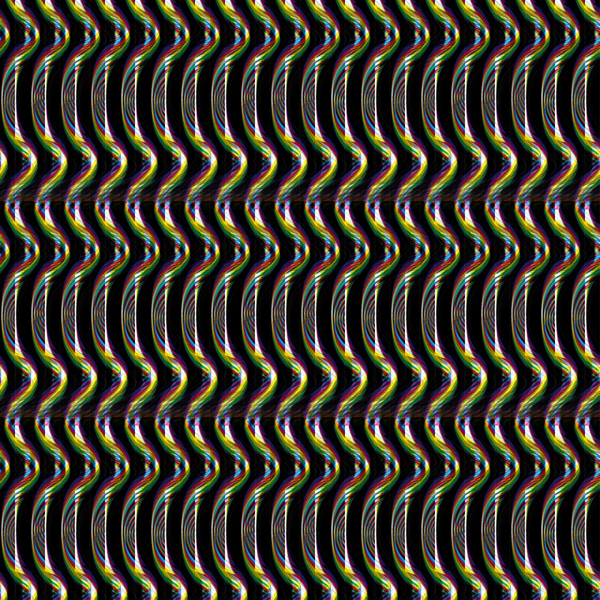 Christian Petersen: How did you first become interested in glitch art?

Daniel Temkin: I began my MFA program (at the International Center of Photography) as someone with a programming background and found that my photography kept becoming new media works. My Dither Studies project began accidentally, when I was editing an image in Photoshop and generated a crazy pattern when messing with color palettes; I was curious about how these complex visual patterns were generated from very simple dithering algorithms. From there, my work became more focused on simple algorithms creating seemingly irrational patterns, [with] the computer as a place that dramatizes our inability to think logically or let our compulsions run out of control. I've continued to create work that engages with both photography and new media such as my recent Straightened Trees. 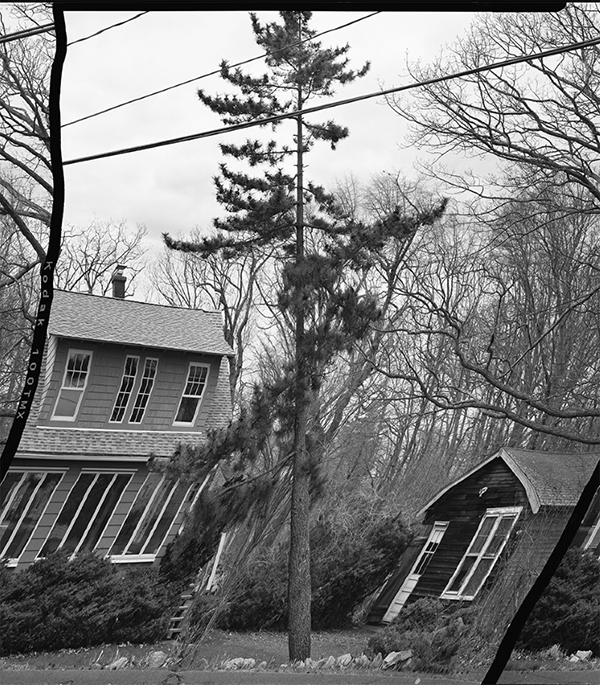 CP: What, in particular, interests you about it?

DT: There’s a freedom in experimenting directly on the data behind an image, in bypassing the safety of image editors like Photoshop that prevent you from breaking images. Working closer to the machine gives access to something less structured, what Hugh Manon and I called the “wilderness inside the machine.” Image editors tend to reinforce certain approaches and visual styles through the set of tools they offer. Glitch practice bypasses these to manipulate data directly or to apply algorithms designed for entirely different purposes to images. This experimentation allows me to come up with patterns I would never be able to design on my own.

Richter has talked about a sort of trance he puts himself in while he paints, to bypass having too much conscious control of his process. This makes sense to me; if I were to sit in front of Photoshop and try to consciously design an abstract pattern, I would end up making similar work each time. However, looking at sound waves while I work, instead of the image, and using what I’ve learned through experiments over the years, applying different sound algorithms on image data, leads to something new each time. I could never create exactly the same piece twice; the process is too unstable. Curt Cloninger describes it as “painting with a very blunt brush that has a mind of its own.” 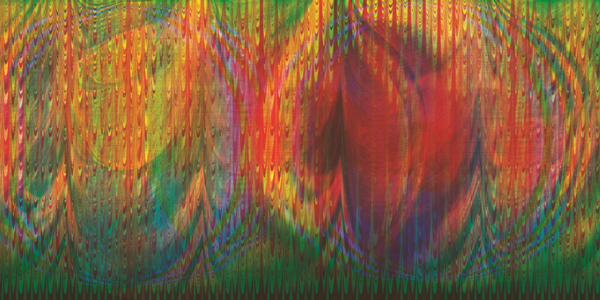 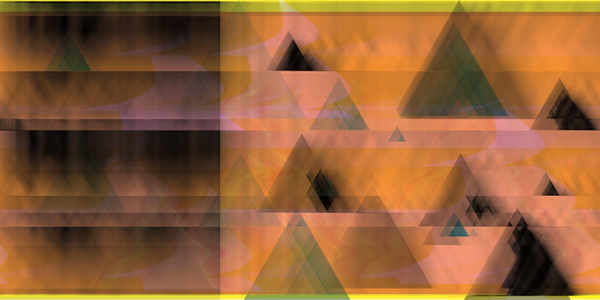 CP: How would you describe your personal glitching process in simple terms?

DT: In my early glitch days, I probably tried using every program I have to see how it transforms image data. Sonification (the method I use for Glitchometry) is not an unusual glitch technique; there are a few tutorials for the approach here. The problem I ran into using this technique on photographs early on is how entropic the process is. You apply one sound effect, and it corrupts the image; try a second one over that, and it quickly approaches a grey-brown mud. With Glitchometry, I decided to eliminate the photograph entirely and instead begin with simple geometric shapes which more easily maintain some semblance of their original forms. It makes the work process-based; everything in the final image now is evidence of the sonification process, no longer complicated by details of the initial image. It means I can work on the image longer, which takes it past the initial entropic process, allowing new forms to crystallize as well.

In Glitchometry, I work within a tight set of constraints to make sure all the significant manipulation of the images comes from sound editing. At NADA, I’m premiering a new set of Glitchometry pieces called Off by One, which use a far tighter set of constraints. For these, which I began during a residency at Signal Culture, I gave up the sound editor entirely and I also work in a single channel, meaning the work remains black and white. Again starting with simple shapes (here a triangle and a circle), I open and close the files in the wrong size and resolution, manipulating them only through this process—it pushes the pixels across from one line to the next. The result is cropped and printed at huge pixel resolution (around 7 ppi) on a long strip of canvas; the longer of the two is 25’ long. 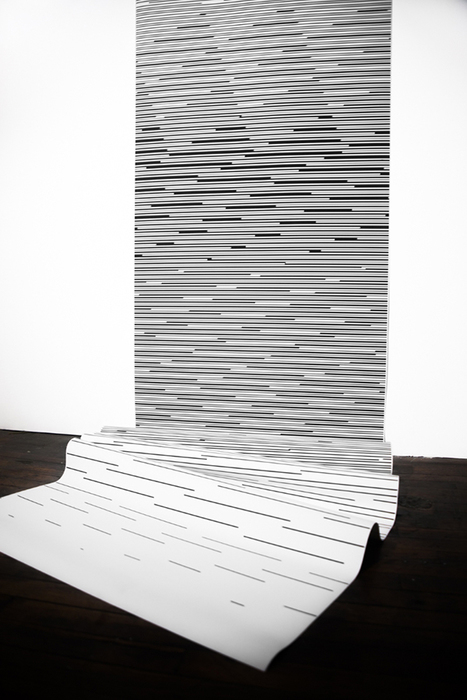 CP: How do you feel about the glitch art scene in general?

DT: There’s a mythology in glitch art around the glitch itself: the initial error that causes the work to manifest. In reality, what we’re doing is introducing noise into a system, or often something more like algorithmic art, using algorithms stolen from other programs. Whether or not the failure of a system is important conceptually to glitch, it doesn’t necessarily lead to an image with a glitchy appearance—many glitch artists produce image after image using glitch techniques and throw away the ones which don’t appear glitchy, thus reiterating a similar glitch aesthetic. As I put it in my paper “Glitch && Human / Computer Interaction,” there isn’t much glitch in glitch art.

In Glitchometry, I'm doing the opposite: using glitch techniques to produce images that break away from a glitchy visual style. In the Glitchometry Stripes images (appearing at NADA), the visual effect has more of a Bridget Riley/Op Art style, something which I get by using a subset of sound effects (dynamic delay and flanger) that tend toward more graphic results. 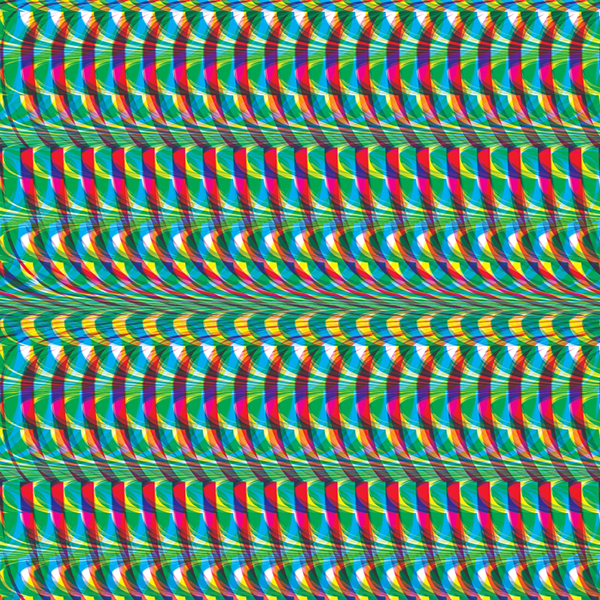 CP: How did you get involved in Transfer Gallery?

DT: I met Kelani [Nichole, Director of Transfer] in 2012 at one of my favorite conferences, GLI.TC/H (which is fabled to return—perhaps some time next year) in Chicago. Transfer was in the planning stage, but I was intrigued by the list of artists, many whose work I’d admired. That community aspect is key to Transfer, with a group of artists and writers Transfer has brought together, who have remained close-knit. There are few spaces in NYC devoted to net art/digital art that really know the form—Kelani has been fearless in inventing new approaches to bring this work to the physical space. 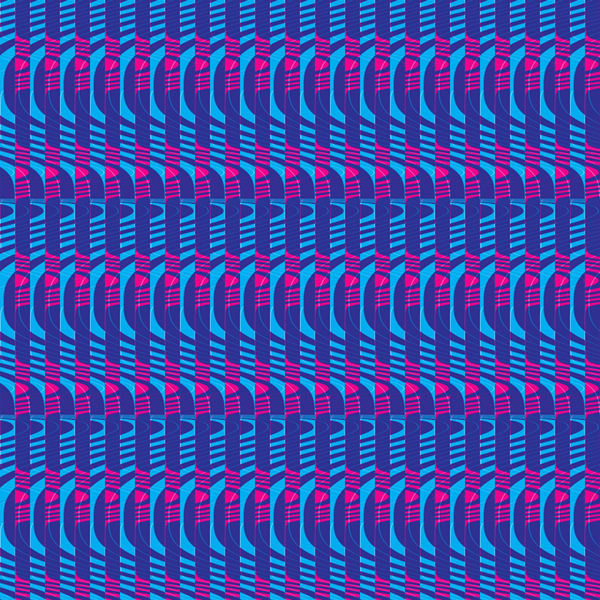 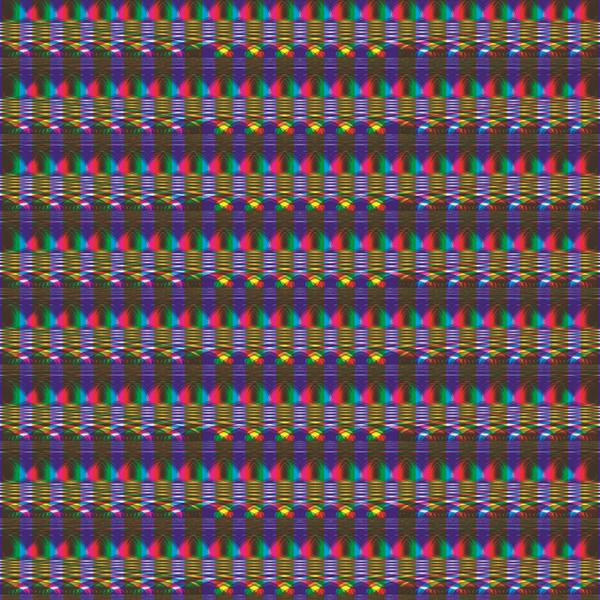 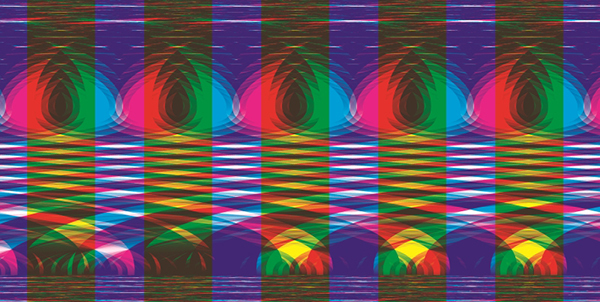 You can find Daniel Temkin’s work this week in a solo presentation with Transfer Gallery at NADA New York, May 5–8.

(Image at top: Glitchometry Stripes (detail), 2016. All images: Courtesy of the artist)