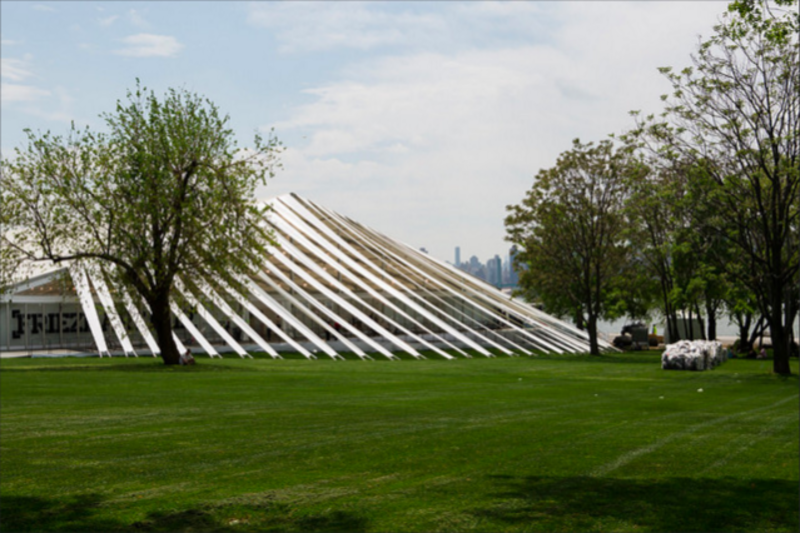 Frieze Week 2016: Your Guide to the New York Fairs

Frieze Week in New York isn’t holding any punches this year. Upping its game from eight to eleven (plus) fairs, the week will have you zigzagging up Manhattan and beyond—from Brooklyn to the LES, Wall Street to the Hudson Piers, Park Avenue to Harlem. And when you think you’ve had enough, don’t forget to save half your day and all your lunch money to get over to Randall’s Island Park for the main event.

To keep you zigging and zagging in the right direction, we present our annual guide to the Frieze Week art fairs in New York. Here’s what you need to know:

For Frieze New York’s fifth birthday, some 202 exhibitors will camp out under the Randall’s Island tent. As ever, the fair’s overwhelming bounty is thankfully divided into exhibition sectors like Frame, Focus, and Spotlight—for emerging artist solos, young gallery presentations, and 20th century solos, respectively. Part of the Frieze’s non-profit wing, Frieze Projects and Sounds are curated projects and new commissions, realized on-site. Check out our gory convo with 2016 Project artist Heather Phillipson here.

This year’s Talks program has some stand outs. We’ll be lining up for “The Technological Body and Its Discontents,” a panel moderated by Omer Kholief with Zach Blas, Andrea Crespo, and Jacolby Satterwhite (Friday, 4pm); Hal Foster and Ben Lerner’s convo “On Hating On” (Saturday, noon); “Version Control,” a group talk on the latest in ownership, circulation, and copyright; and a panel on the evolving (un)professional backgrounds of curators today (Sunday, 4pm).

Dining at an art fair is often a perfunctory necessity, but Frieze catering is not to be outdone: you’ll find us anxiously trying to choose between Roberta’s pizza and Frankies Spuntino, or maybe Superiority Burgers, but probably the pizza...

(And because inquiring minds want to know: we’ll be getting to the fair via poncho+bicycle.) 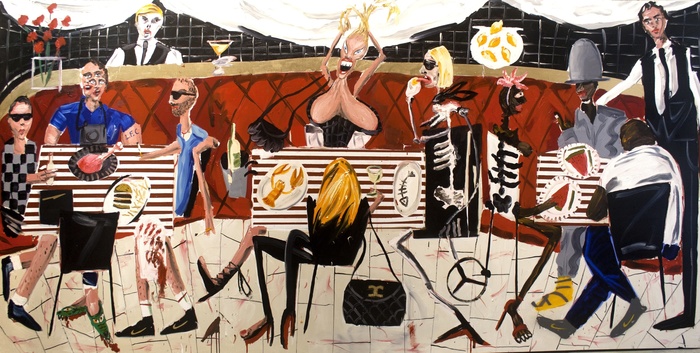 NADA is one of our favorite fairs for getting up to speed on the latest trends from emerging contemporary artists. These are the artists and galleries who will be vying for coveted spots in the Frieze tent in the next 5 years—mark our words. The fair’s 5th edition boasts 105 exhibitors from 18 countries, including 28 project spaces. Nearly a third of the booths will be solo presentations.

Programming tips: Day one, we’re looking at a convo on “Diversity in Practice” organized by Artadia, with The Met’s Ian Alteveer and Amanda Hunt of the Studio Museum (Thurs, 5pm). This will be followed by performances out on the pier. We devoured Daniel S. Palmer’s recent essay and can’t wait to hear the eponymous panel discussion, “Go Pro: The Hyper-Professionalization of the Emerging Artist” (Friday, 3pm).

Given its Basketball City locale, this year NADA will be hosting 3-on-3 streetball pick-up games, starting Thursday, plus a tournament on Saturday, on a court designed by artist Michael Genovese. Will fair-goers hit the courts in their art-watching attire? (Prediction: nope.)

Practical heads-up: Don’t turn up without your wallet this year. A newly instituted entrance fee will go toward establishing a new initiative to support first-time exhibitors traveling internationally to New York.

Oh, and there might be wolf spiders running around. So, there's that. 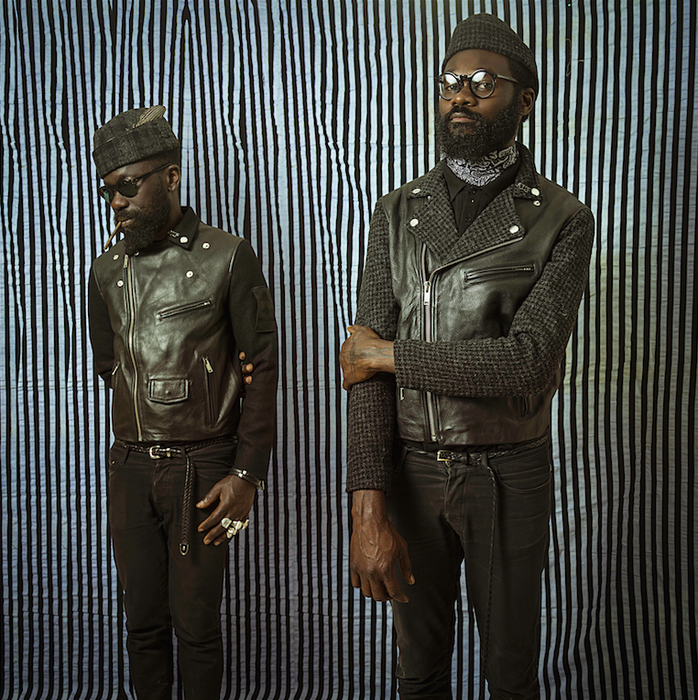 The city’s first and only fair dedicated to contemporary African art returns to Red Hook’s Pioneer Works for its second NYC edition. 17 galleries from Africa, Europe, and the US will present over 60 artists from Africa and the African Diaspora.

Programming highlights include the 1:54 FORUM, a discussion and panel series curated by Koyo Kouoh. 1:54 PERFORMS, curated by Adrienne Edwards, will feature an ongoing text-and-sneaker-based performance by Dave McKenzie, set throughout the Pioneer Works campus. Talks include a roundtable on “repats,” artists and creatives from the Diaspora who are moving back to the continent (Fri, 1:30pm). Growing the network and infrastructures promoting African art seems to be a key theme, with panels on media platforms (Fri, 2pm) and social entrepreneurship (Sat, 2pm). Be sure to check out the work of Senegalese photographer Omar Victor Diop, the 2016 Pioneer Works artist-in-residence. He’ll be in conversation on the topic of “Reframing Beauty” with Professor Deborah Willis from Tisch (Fri, 6pm). 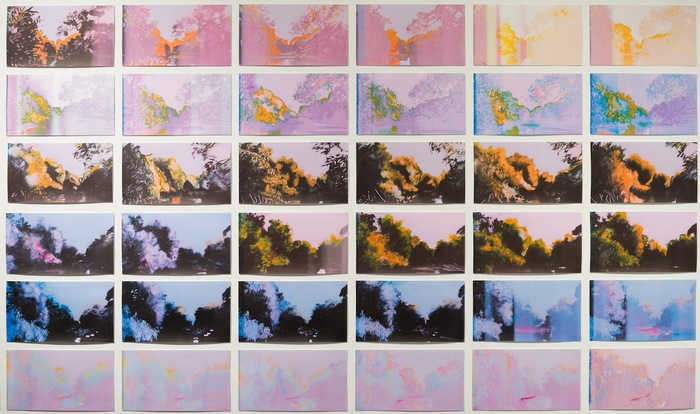 The fair ever so briefly known as Art Miami New York returns to Pier 94 this year with new branding as Art New York (presented by Art Miami). Its sister fair CONTEXT, established in Miami in 2012, also heads north this season for its NYC debut. Between them, the two fairs will showcase over 150 galleries representing nearly 1,200 artists. Art New York will showcase art from both the primary and secondary markets, while CONTEXT features work by emerging and mid-career artists.

As we’ve come to expect from the frachise, the fair’s lectures and panels are collector-focused, with a pragmatic approach to the art market and collecting; they include subjects like art world trends “from an Investment Perspective” (Fri, 3pm) and “The Habits of Successful Collectors” (Fri, 4:15pm). 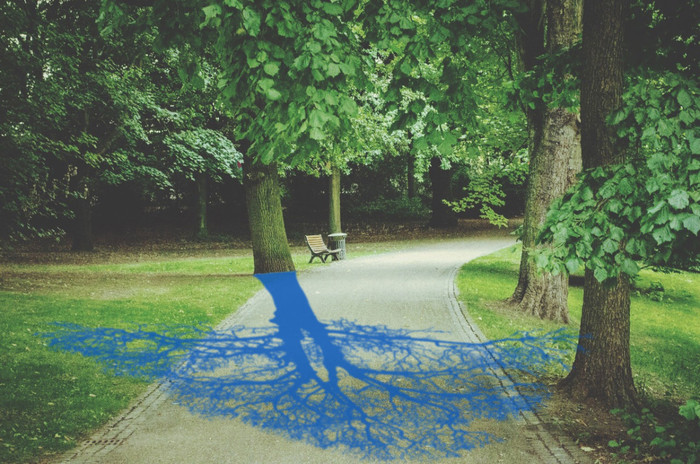 Check the forecast and save the day with the best weather for FLUX. The fair’s second edition won’t look like an art fair at all. Instead, it comprises an expansive public art program, transforming Harlem’s Marcus Garvey Park and the surrounding neighborhood into a sculpture park. The year’s curatorial theme is “Changing Landscapes,” and throughout the month, over 40 artists (over 50 percent of whom are women) will present performances, large-scale installations, and subtle artist interventions across Harlem. 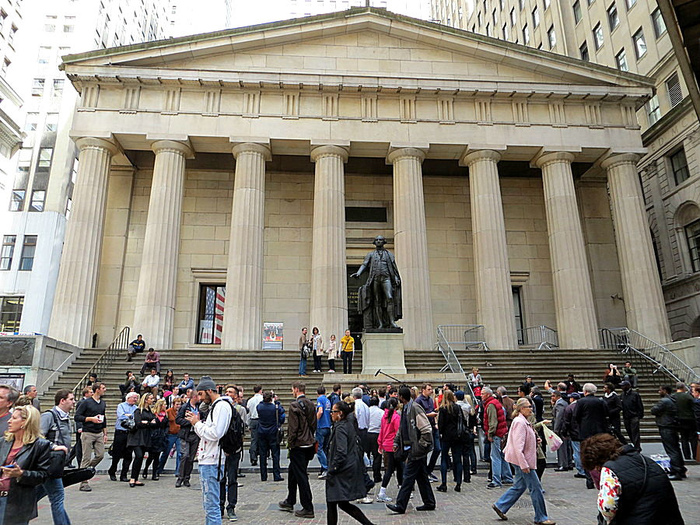 Organized by 4heads, Inc. (the non-profit behind September’s Governor’s Island Art Fair), and in cooperation with the National Park Service, the inaugural edition of Portal will see artists installing work over the three floors of the Federal Hall National Monument on Wall Street. The fair will feature nearly 30 artists who will keep 70 percent of their works’ sales—no galleries or exhibitor fees here. We think this will be one of the more unique fair experiences this week: a chance to sightsee at a New York monument while discovering the work of young and emerging artists. 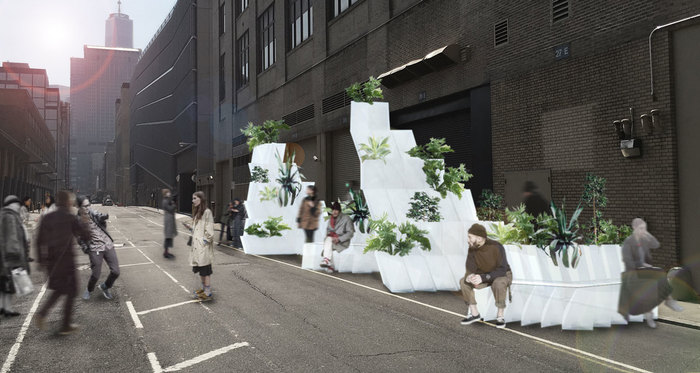 Collective Design is the week’s premier fair dedicated to design and designed objects. 31 galleries are exhibiting at the 5th edition, presenting jewelry, textiles, lighting, ceramics, furniture, and all manner of covetable objects.

This year the Collective Influence exhibition (the fair’s equivalent of a lifetime achievement award) honors Japanese firm nendo, which will create an immersive, site-specific installation. Another must-see is the exhibition of graduate work in 3D Design from Cranbrook Academy of Art, Fine Design for the End of the World, with projects focusing on ways to address social and economic inequality and environmental degradation.

Spring Masters joins the Frieze Week lineup this year (after preceding it by a week for the past two years). Unlike most of the week’s other fairs, Spring Masters does not focus on contemporary art. Instead, it offers up art, design, and antiquities from the secondary market. Expect an eclectic mix of historical periods and disciplines presented by dealers from Asia, Europe, and the US.

Held in SoHo’s Zürcher Gallery, Salon Zürcher has been plugging away for over a decade. The 11th edition of this “mini-fair” features six galleries from New York, Paris, and Brussels, including ArtSlant favorite, A.I.R. Gallery from Brooklyn.

The irreverent Fridge turns four this year with new digs at the Angel Orensanz Foundation for the Arts. Founding artist and director Eric Ginsburg is calling it “The Big Freeze” edition. Pun very much intended.

Want to stick with the alternative-to-Frieze model? Check out Frontrunner Collective’s An Annual Affair, a group show curated by Edward Syms calling itself a “D.I.Y alternative” to Frieze and its satellites.

Seven galleries—or rather, eight this year—join together to present one artist each at the 5th edition of this mini-fair/exhibition, hosted by The Boiler/Pierogi in Brooklyn. The exhibition SEVEN-ish, Seriously Funny will present “the jokers, the tricksters, the comedians, the cartoonists, and the just very, very funny serious artists.” Think we’ll all need some of that comedy action by the week’s end :)

Dispatches from Immersion: "It's Renegade!"
3/2/16
COMMENTS (0)
ArtSlant has shutdown. The website is currently running in a view-only mode to allow archiving of the content.