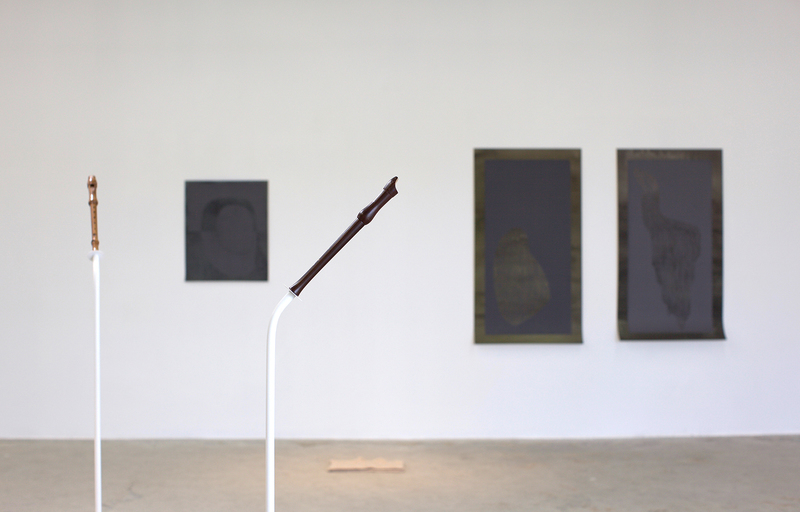 Annette Weisser is interested in the remnants of history on the human psyche. The Berlin-based artist came of age in rural Germany in the 1980s, grappling with the specter of National Socialism and her own political socialization in West Germany. As part of the Kriegsenkel generation (the “grandchildren of the war”), Weisser and her contemporaries are caught in a moral crisis, horrified by the fascism of the past and unsettled by their nation’s ethos of repentance since the 1960s. Her work is a self-inquiry into the “insecure ground” between good and evil, nation and citizen, past and present, as well as an interrogation of the lasting impact of these ideologies on the artist and citizen.

Weisser’s first solo show at MiM gallery, Ghosts, Gates, Spills, and a Fog Machine, meditates on the space between these dichotomies with translucent woodcuts, fog-puffing recorders, and surrealistic renderings of childhood. 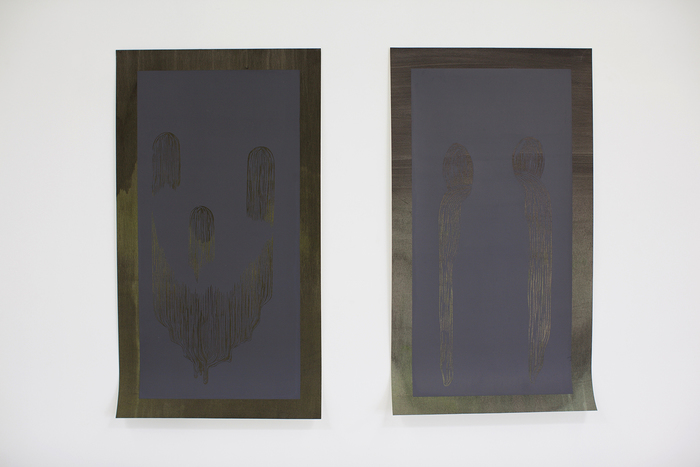 Using large-format woodcuts, a medium and process that requires a blunt mode of thinking grounded in “black and white” and “right and wrong” (in German called Holzschnitthaftigkeit—literally "stark woodcut"), the artist reflects on the binaries of identity and the individual’s relationship to society.

“Woodcuts seemed to me the right medium to deal with these issues of morality. There’s no tonality in the print; it’s a very binary world of just two colors,” Weisser said in a 2013 interview. 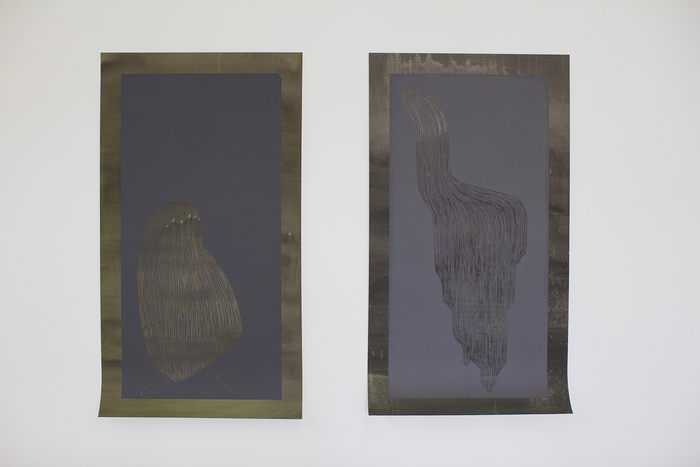 The abstract, iridescent woodcuts from a 2015 series He had a killer body and was an awesome dad but she was like I can’t do this are more expressionistic than Weisser’s previous line work. The block prints are made on watercolor-washed paper and the juxtaposition of muted silver and gold colors creates an almost unnoticeable contrast, an indistinct aesthetic that parallels Weisser’s exploration of moral uncertainty. This murkiness is also manifest in uncomfortable visuals. In one work, a swastika is subtly hidden within a larger pattern, again referencing the specter of Nazism in German culture. Another woodcut pushes the limits of abstraction with the silhouette of a smiling clown, hinting at the theme of masquerade that appears throughout the installation. 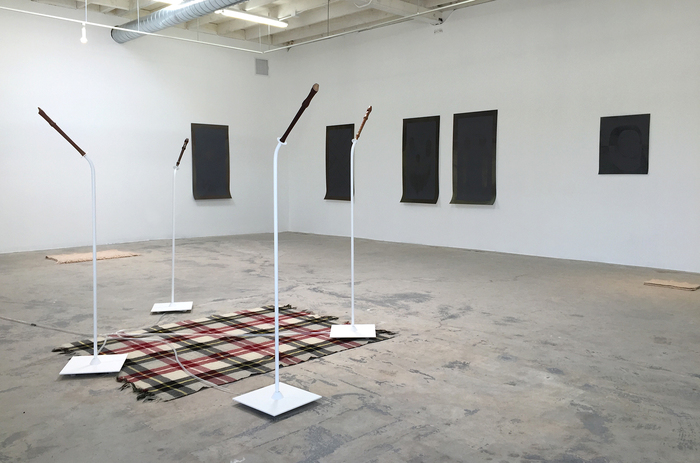 A young girl playing a recorder, the quotidian childhood instrument, also haunts Weisser’s body of work, as the artist uses this motif as a metaphor for “virtuousness.” In Inga, Kathrin, Judith, Kristin, four recorders spewing fog are placed throughout the show’s central installation, each at a different angle, suggesting invisible players of various heights. The players’ absence signals placeholders for ghosts of childhood, though their symbolic innocence is also scrutinized, with the haze of the fog as yet another metaphor for moral ambiguity, as even the grandchildren of WWII are still implicated in the actions of their ancestors. 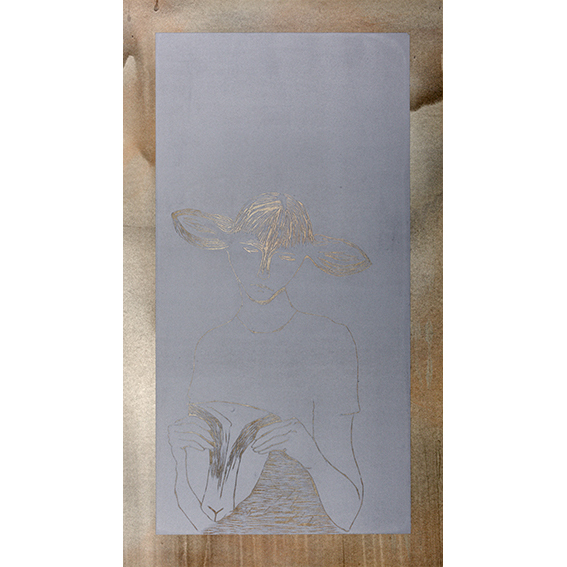 Another woodcut features a girl who has removed a sheep’s mask from her face, yet the animal’s ears still remain on her tilted head. The piece references the 1965 West German film Not Reconciled: or Only Violence Helps Where Violence Rules, which temporally blurs Germany’s political past and present, reflecting on the rise of Nazism and the postwar moral crisis. Like the film, Weisser’s moving work questions the masks individuals wear in order to conform, and whether one can ever truly extricate their body from that disguise.

(All images: Annette Weisser, Installation view of Ghosts, Gates, Spills, and a Fog Machine at MiM Gallery, 2016. Courtesy of the artist and MiM Gallery, Los Angeles)