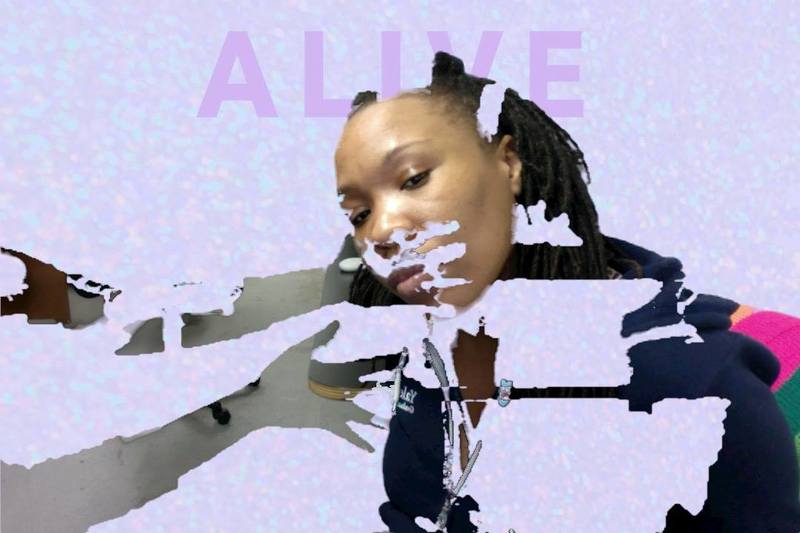 Womanist is to feminist as purple is to lavender. –Alice Walker

I first encountered Alice Walker’s womanist theory as a sophomore in college. I was wide eyed and enrolled in a bunch of Africana Studies courses trying to “find” myself as they say. It was a glorious journey which, in hindsight, was capstoned by my introduction to Walker and womanism. I was introduced to the concept at a time in my life in which I was unsure of the benefits of mainstream feminism. That is to say, I had not yet found a political space big enough that matched the many ways I understood myself as a Black woman.

As a student at an institution often heralded for its (white) liberalism, I had grown weary of a feminist framework that prioritized white women while ignoring the very real work of women of color, particularly Black women. Walker’s proclamation filled a critical knowledge gap. For womanism is a social theory that emphasizes the historical and contemporaneous presence(s)of Black women. It confronts the oppressions that loom while rejoicing in this fact: we are (still) here. 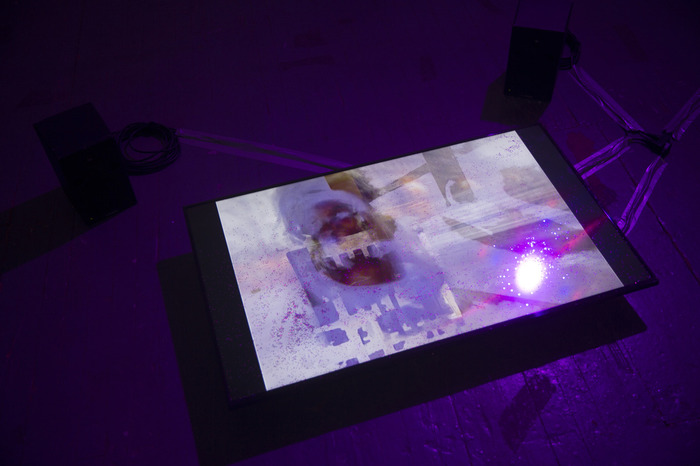 Conceptual artist E. Jane is of this tradition. That is to say, they are asserting a subjectivity rooted in that which is feminine and Black and queer. We see traces of Walker’s womanism most immediately in the repeated use of the color purple as a motif in their visual arts work (the artist also has a dynamic sonic practice) that is largely digitally based. E. Jane refuses to perish in the wilderness. In her seminal essay “In Search of Our Mother’s Gardens,” Walker identifies the wilderness as site that has historically attempted to erase Black women, a site of agony; she cites examples of women who have died before sharing all of their talents with the world . “But,” she writes, “this is not the end of the story, for all the young women—our mothers and grandmothers, ourselves—have not perished in the wilderness.”

In the 21st century, the wilderness is the amalgamation of the algorithms that govern our internet activity and offline sociopolitical systems.

Consider the new media installation An ephemeral instagram installation that has already changed (2015). The time-based project features nine fifteen-second video clips and five black photographs in which we witness E. Jane swiveling back and forth in front of the camera, scrolling on a cell phone, and in some instances, staring stoically at the viewer. The only audio to be heard is the white noise captured on the recording. It is a gesture of inscription, documentation, and preservation that is more concerned with the self—again, that which is Black and feminine and queer—than an oppositional gaze which we might understand to be the gaze of white supremacy. 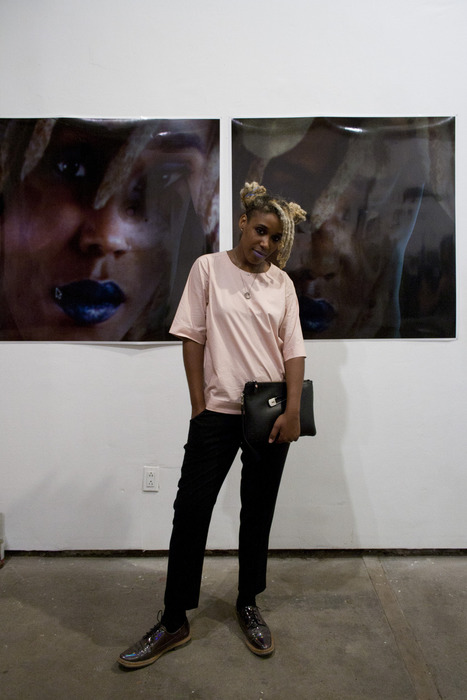 E. Jane with work from the E. The Avatar series, (Unititled Dyptych), 2015. Photo by Liz Barr. Courtesy of the Artist

Still, in other instances, the Philadelphia-based artist points outward at the purveyors of oppression.

This is demonstrated clearly in the recent project #NotYetDead. After news broke that there would be no indictments in the death of Sandra Bland, a young Black woman found dead in her jail cell in Texas after a bogus arrest, E. Jane created a custom Photobooth background with the word ALIVE written as banner text. The background quickly circulated on social media as dozens of self-identified Black women and femmes shared selfies in front of the background. These photos are not avatars, by which I mean they function as more than our chosen images of representation on social media. They issue, to a certain extent, a type of indictment: Black feminine corporeality remains under attack. What must we do to be safe? Maybe we find one another, if in no other place but cyberspace. Maybe we listen to one another. Maybe we do this very publically.

E. Jane makes work that loves Black Women. That is to say, they construct realities of Black feminine presences that push against the shallowness of mainstream feminist culture. By manipulating the algorithm—technically and conceptually—E. Jane allows us to look deeply at ourselves, beyond the temporality of the selfie, and into the next chapter of the story.

Jessica Lynne is co-editor of ARTS.BLACK.