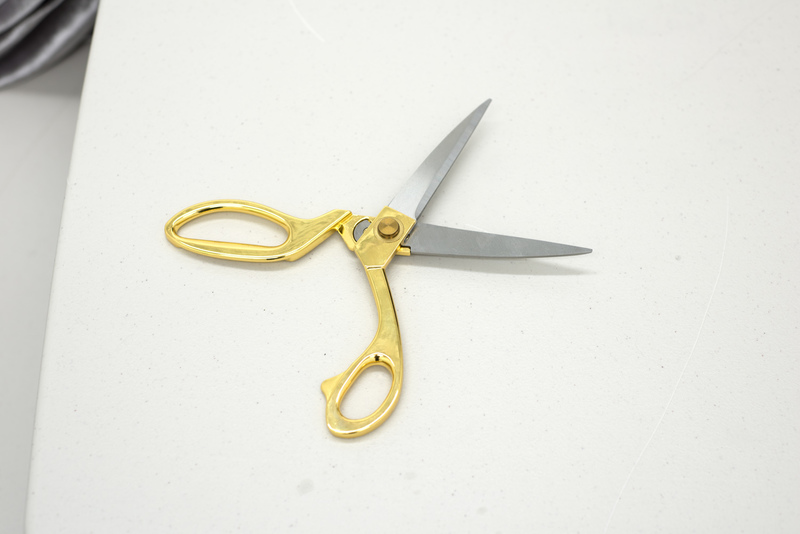 Here, There and Everywhere: Siera Hyte's Adventures in the Embodied 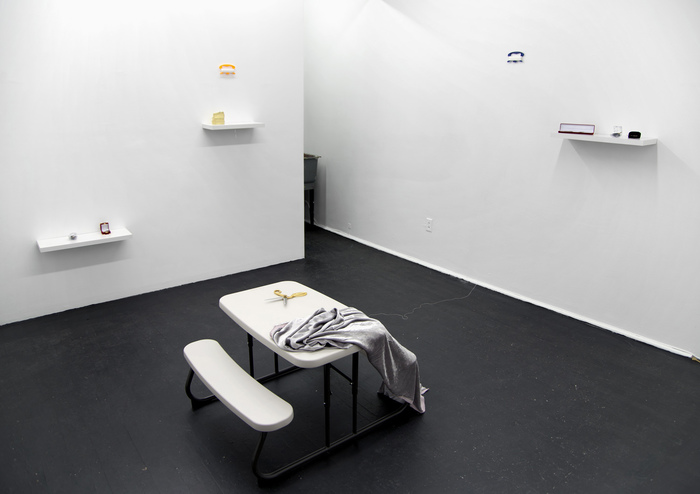 For a pint-sized, square room, Queer Thoughts’ current Tribeca location doesn’t afford much in terms of spatial twists and turns. That didn’t deter things here; the newly arrived gallery from Chicago kept proceedings quick-witted, and edgy. However, much of that edge had to do with the Siera Hyte, the San Diego-based artist who warmed the space up for its first winter show. Me and the king was Hyte’s first New York solo exhibition and there was a quizzical yet quixotic charm to the showing, striking a balance fit for a debut. 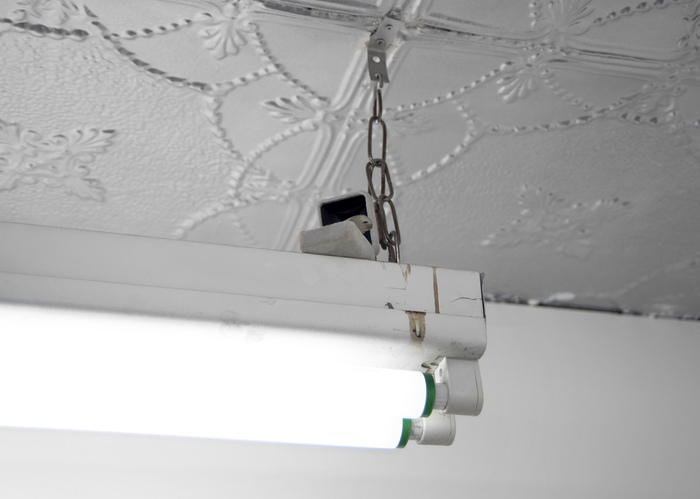 In a searching tone, Hyte begins and ends her artist statement with the question: “how should you explain snow to someone who has never seen it?” This wintry reference took form in a soft, silvery velvet fabric strewn over a children’s picnic table. A pair of scissors complete with gold-plated handles rests open beside the velvet. The table and fabric installation dominates the center of the room. Beyond the table, a strand of golden kite string snakes across the floor close to the back wall. Following the golden string leads to a blue spool tacked to the wall. Another spool—yellow in color—rests on the back wall to the left. To the right of the blue spool are four keys—mis-cut apparently—resting in three jewelry boxes perched on a shelf. One key or body display (all 2014) is covered in black velvet, another in red velvet, and the last sits in a clear plastic ring box with black velvet craddling it. With each and every glance, more mis-cut keys begin to appear out of nowhere: alighted atop a fluorescent light fixture; wedged in a baseboard outside the gallery door. Hit-or-miss, seventeen keys eventually emerge, body displays stashed away in random nooks and crannies. This winter tryst soon turns into a treasure hunt of sorts. Which key would answer the conundrum? As this rising action begins to ferment—a byproduct of the bittersweet machination Hyte has laid before us—a sensuous coincidence wafts through the space: the savory smell of strawberries simmering in a back room.

So is this what snow feels like? Hyte’s exhibition (or expedition) doesn’t explicitly answer this. It does, however, offer the phenomenological wherewithal that not only dazzles the senses in a playfully prescriptive way, but provides a conceptual matrix to understand the ontological nature of the body (in snow). In point, by foraging about for these mis-cut keys, one labors for an intersensory unity as their “body goes back and forth, between warm and cold” navigating the slight space, a pawn perhaps in clutches of Mother Nature as king. On this showing, Hyte got her wish, cycling us between postures much like the seasons, much like falling snow.