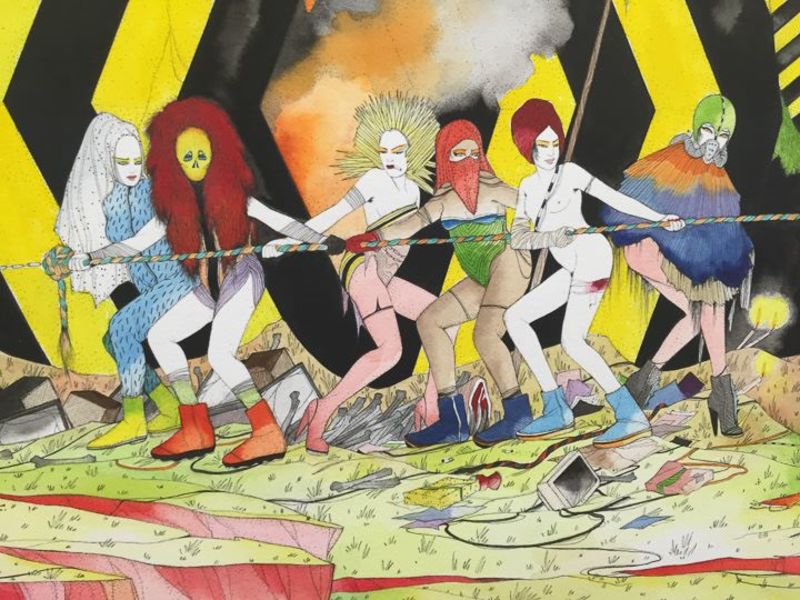 American artist Jen Ray’s work focuses on depictions of women in all their majesty: her intricately apocalyptic paintings portray landscapes filled with fierce, glamorous warrior commanders, motorcycle-helmeted bodyguards, and rock-climbing adventuresses in feathered neckpieces. Equally dramatic, fantastical, and fairytale, they show women in a variety of guises, from powerful commander to obedient foot soldier, from tenderly nursing the wounded to plotting Machiavellian destruction.

Ray’s practice also favors performance. In her most recent show at Albertz Benda, New York, Deep Cuts, the artist choreographed a group of militaristic women with golden mouthpieces to a rendition of Lenny Kravitz's "American Woman" performed by Honeychild Coleman, alongside paintings referencing the atrophy of contemporary America.

Having recently moved back to the States from Germany—where her work has been exhibited widely —Ray's perspective is that of both the native and the outsider. I spoke to the artist about how her work connects with feminism and how she transfers her various characters through the different media she uses. 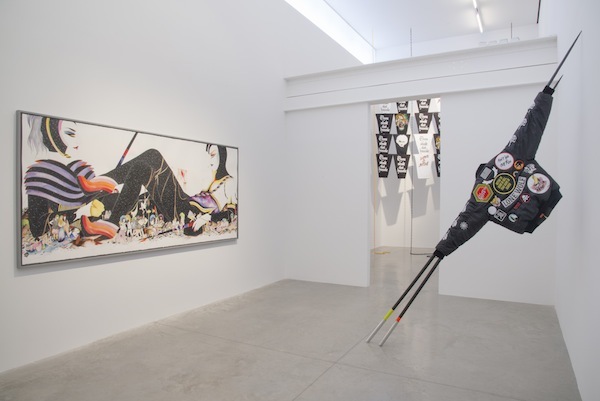 Josie Thaddeus-Johns: Tell me a little about the recent show at Albertz Benda and how it connects to your previous work. Is it a reinvention, a continuation, or something else entirely?

Jen Ray: This show reflects some of my thoughts about re-locating to America after being in Berlin for the last ten years. The US is such a crazy place but at the same time it's utterly familiar to me. The performance during the exhibition opening conveyed some of the ambivalence I feel. And the paintings tell stories of power, consumerism, and waste. At the same time, the thing I like about America is that you can go really big. We are not a reasonable people.

JTJ: How do the worlds created in your paintings link with the performances? Do you feel like the performances illustrate characters you create on stage, or the other way round?

JR: I've always said that the performers are characters that have stepped out of the paintings. But maybe they're more separate than I think. The paintings are made in solitude while the performances are collaborative and I'm basically the creator and director. But then again, when I'm making the paintings it often triggers ideas for the performances. 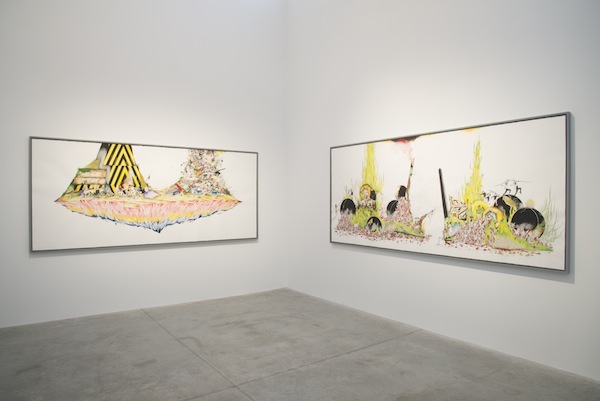 JTJ: I'm interested in how you feel your work fits into other current manifestations of feminist art, particularly works mainly disseminated on the internet, which tend to be more (for want of a better word) "cute." What do you think about this aesthetic being linked with feminism? How much do you relate to this tactic of "reclaiming" aspects of femininity?

JR: I think there's a lot of room out there for various depictions of feminism. I have to admit being "not enthusiastic" about some of them but I try to be open. I came from '90s Riot Grrrl feminism but I know a lot of people who are more inclined towards a '70s type of feminism. When the current wave began I was just happy it was finally a topic of discussion again.

JTJ: How important do you think it is for explicitly feminist art to be angry/confrontational? (Or perhaps how important is it to "take action" against the patriarchy?)

JR: First part: I think it's very important. Personally, I have a hard time with navel gazing or dwelling on the victimization of women.

Second part: Endless discussion of the patriarchy tends to annoy me. I'm pretty sure we're all aware by now that there is a great imbalance and that entrenched "patriarchy" is an ongoing problem. However, the only way to move forward is to improve conditions on our own terms. And we need to do this with men, not against them. I know a lot of men who would love to get off the patriarchy train, they suffer from it as much as anybody. 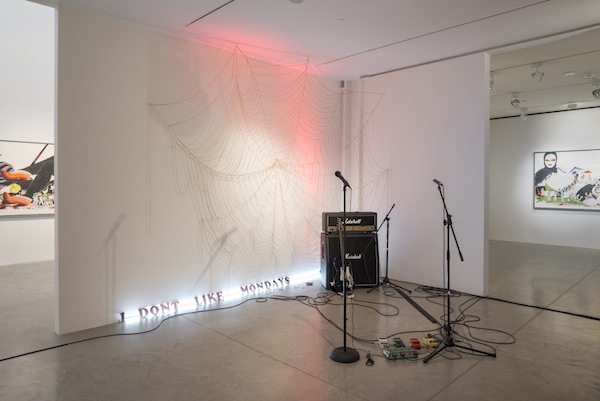 JTJ: In the current intellectual climate, feminism frequently seems to be splitting into factions, do you feel like your work imagines a world where women are all fighting together for a common cause? Basically, how much idealism is present in the apocalyptic destruction you're depicting?

JR: I don't like it when women are shown as overly virtuous or idealized. That's why my characters can be seen doing everything from tending to the injured to making and planting bombs. Women can be just as careless and destructive as men and I choose to depict that in my paintings. I revel in the mistakes my characters make. Beware of people who think women are goddesses. That's bullshit. 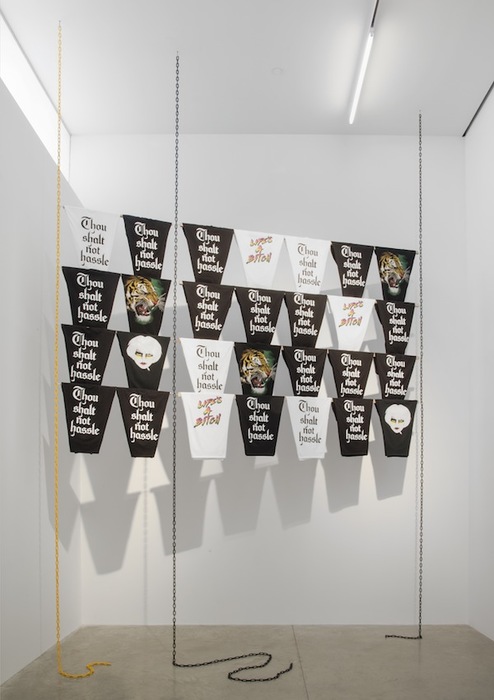 JTJ: How much do tropes from the music world inform your work? Can you talk about the choice of "American Woman" in the latest show?

JR: They play a tremendous role in my work. I've been puzzling over the song "American Woman" for years. I began to realize that the lyrics depict America as a kind of "Whore of Babylon"—something shiny, seductive, violent, and female. Of course, I struggled to get the Lenny Kravitz version out of my brain. In order to re-contextualize and re-present the original song, I asked a fantastic singer named Honeychild Coleman to perform a version of it. Because of her punk roots, she totally "owns" the song and bends it to her will.

Other than the actual music, I've always loved how much power a woman can generate playing music. And of course costuming and staging all figure into my work. You can also be a lot more transgressive on a stage than in "real life."

JTJ: Have you (and would you) ever performed in your own works?

JR: No, but I have a feeling I'm getting very close to that. It's a closely guarded secret that I love a microphone.

ArtSlant would like to thank Jen Ray for her assistance in making this interview possible.

Posted by Josie Thaddeus-Johns on 1/12/16
ArtSlant has shutdown. The website is currently running in a view-only mode to allow archiving of the content.