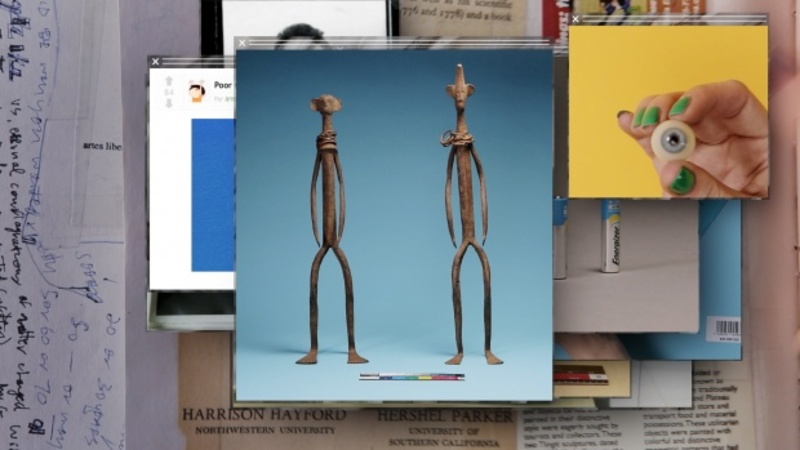 Memory and the Museum: We Need Artifacts to Live

There is perennial tension between the line of “progress” and infinite irretrievability and the circle (cycle) of repeating patterns; humans, in ongoing rebellion against the forward arrow, use all available tools to create and preserve the always-receding past. Closing on January 10, two exhibitions at Montreal's Musée d'art contemporain (MAC) work together to acutely frame their own dialogue about time, materiality, and the role of the museum in protecting and destroying it. 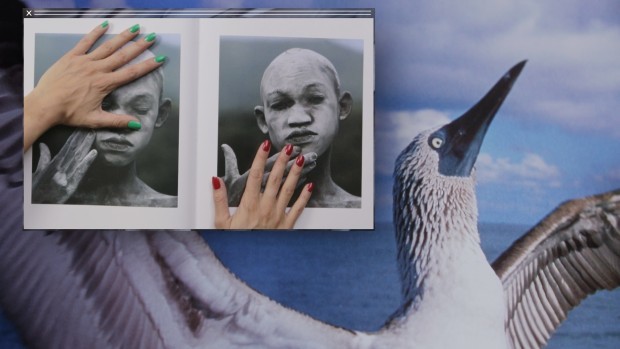 Camille Henrot's Grosse Fatigue attempts to compress the history of the universe, literally, into a 13-minute single-screen video installation, while Patrick Bernatchez's Les Temps inachevés (Unfinished Time) uses film, photography, drawing, sculpture, music, and installation to create a spacious and expanded rabbit hole that fills multiple galleries with a wide range of cyclical, hypnotic media—an out-of-time realm that is eerie, but not menacing.

Grosse Fatigue burlesques the flatness of the screen with its two-dimensional pop-up book of rising and receding browser windows, artifacts appearing and disappearing, one by one, to the beat of original music by French DJ Joakim. Created during a 2013 fellowship at the Smithsonian, items from the museum's vast archive are (wo)man-handled: flashy nails and colorful backgrounds adding a pop sensibility to the loose narrative about the universe told with multiple origin stories, maps, natural history specimens, found internet images, and ethnographic portraiture. Henrot claims the video is meant to play with the “encyclopedic concept”—it was subsequently shown at Il Palazzo Enciclopedico at the 55th Venice Biennale. 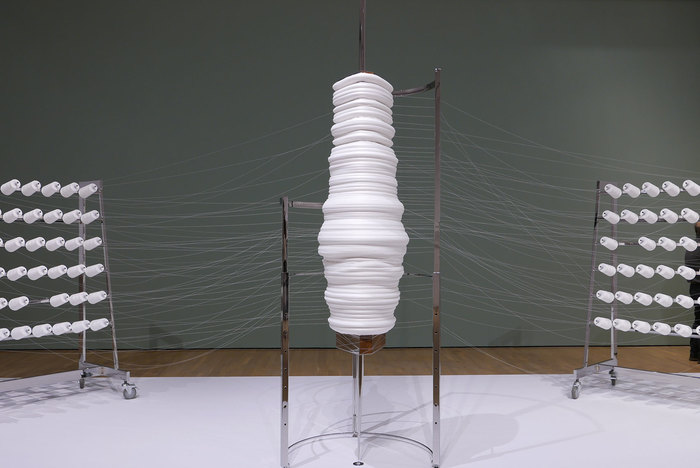 Meanwhile, at the entrance to Bernatchez's Les Temps inachevés is Fashion Plaza Nights, a large-scale mechanized musical sculpture that slowly wraps itself in thin white thread from 104 surrounding spools. For a year, Bernatchez took overnight photographs of each side of Quebec City's Fashion Plaza building and the building next door. He then translated the tenants' activity, as indicated by the changing light in windows, into 12 musical scores, one for each month. Recorded on two pianos, the compositions play from speakers that rotate, painstakingly becoming a cocoon of muffled sound throughout the course of the exhibition.

As Fashion Plaza Nights suggests, music is a critical structural resource for Bernatchez. 77K, 1er, 2e, 3e mouvement (Goldberg Experienced.03) plays Glenn Gould’s 1981 performance of the Goldberg Variations with eight record players each playing the same vinyl recording while offering something different due to variances in the records’ surfaces. The work also includes a looping 16mm projection of Bernatchez’s central character, the horse and rider. The label states, “Over time…the progressive wear and tear of the records becomes apparent and the music slowly disintegrates with them. Similarly, the 16mm film… slowly disintegrates due to the wear and tear of the looper.”

Bernatchez’s frequent use of hard-edged exhibition casing makes his preferencing of media objects as artifacts somewhat sinister. While Henrot momentarily breathes life into items inside the institution built to preserve them (a privilege she was specially selected for), Bernatchez forces viewers to confront mundane decay in real time and, for violent effect, couched in the anti-decay visual lexicon of the Museum. In this way, the glass case becomes a barrier that doesn’t protect the object inside, but instead keeps humans from interfering with its self-destruction.

The implication of museum space as actor is furthered with the paramount importance of exhibition design to Les Temps inachevés. The show’s entrance is brightly lit, featuring Fashion Plaza Nights surrounded by Bernatchez’s series of Chrysalides drawings, pencil renderings of fantastical, oft-sexualized scenes of decomposition. A small, darker passageway contains a horse’s bridle and a space age-esque helmet, a sideways introduction to Bernatchez’s anachronistic horse and rider. The central exhibition space is dark and dim, filled with sharp rectangular exhibition apparatuses. 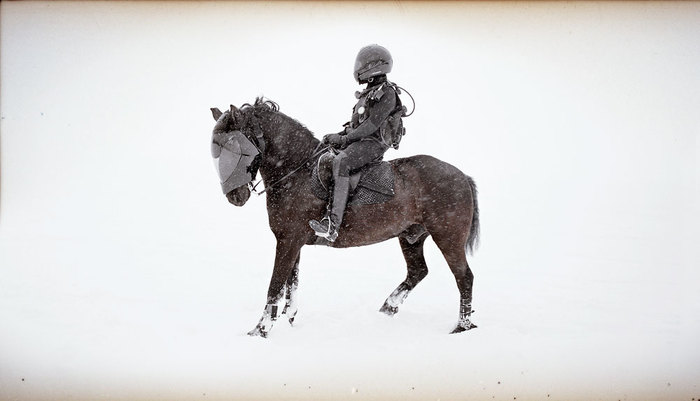 The furthermost gallery is also the darkest: a theater screening Lost in Time, the beginning-and-end-less film Bernatchez has worked on since 2009. Its protagonists are horse and rider, with scenes of trekking in a snowy stormscape juxtaposed with oddly intimate shots of a horse being revealed within a melting block of ice. Emerging from Lost in Time, Bernatchez’s works take on further artifact status as evidence supporting the reality constructed in the film. Altogether, wandering through Les Temps inachevés is like getting lost in the memento mori funhouse of your most fashionable friend.

Both Bernatchez and Henrot rely heavily on pattern and repetition to give momentum to their open hypotheses about time's trajectory. Where Henrot flattens and compresses, Bernatchez unravels and expands; each uniquely invokes the structure of institutions that are based on concepts of protecting material things from entropy.

(Image at the top: Camille Henrot, Grosse Fatigue (still), 2013, Courtesy of the artist, MAC, and SODRAC)