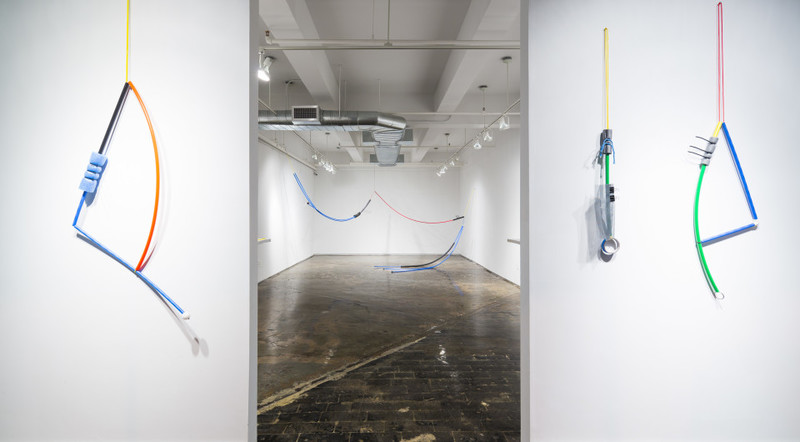 Catching Up with A.I.R. Gallery: An Advocate for Women Artists for Over 40 Years

A.I.R. Gallery launches a new series of shows on January 7, 2016, including the group show Generation X: Razzle Dazzle featuring the work of two hundred female artists. As a pioneering New York City gallery, A.I.R's mission and alternative model has been setting precedents for the art world for decades. Also forthcoming are concurrent solo shows by the artists Nancy Azara and Fanny Allié.

Founded in 1972, in New York City, A.I.R. Gallery began as the brainchild of artists Barbara Zucker and Susan Williams, who cofounded the gallery with 18 other women artists. Zucker and Williams recognized the lack of female spaces in the art world as well as the challenges women artists faced at this time and sought to create their own. At the time of its inception, A.I.R was the only women-run, maintained, and artist-directed non-profit, cooperative gallery in the US.

Through Zucker and Williams' radical model, they helped change the way that galleries were thought of during this era, and situated female artists centrally in the art world. Notable members included Nancy Spero, Rachel bas-Cohain, Judith Bernstein, Daria Dorosh, Harmony Hammond, Louise Kramer, and Howardena Pindell, among others. These early members were trailblazers in the feminist art movement and helped to push beyond the expectations of the art world at this time.

Over the past four decades A.I.R. has been a driving force within the New York City art scene and beyond. They have worked tirelessly to promote women artists and in recent years have branched out into other projects that have helped to promote the gallery's mission. A.I.R. has continued to reinvent itself over the last several decades which has helped it remain a staying force in the New York art scene.

I recently spoke with A.I.R. Gallery’s Associate Director Jacqueline Ferrante, who is also a Brooklyn-based painter, about the gallery's history, how feminism has played a vital role in its mission, and some of the challenges she has personally faced as a woman artist. We also discussed several of the recent community-based initiatives that the gallery has launched such as artist talks, recent exhibitions, the Legacy Project, and projects that the gallery is involved in today. 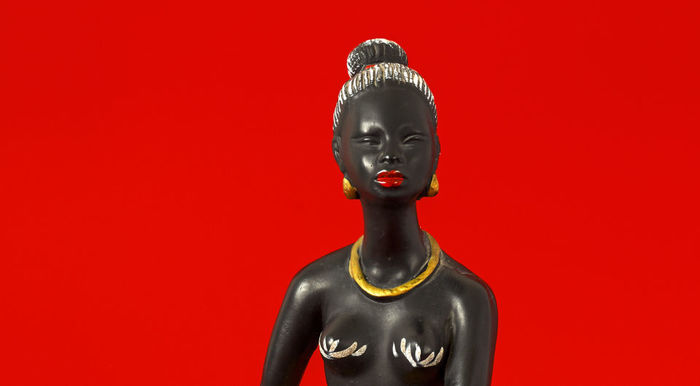 Anni Irish: How has A.I.R.'s history informed the kind of work it does today?

Jacqueline Ferrante: A.I.R. was formed in 1972 to provide an exhibition space and community for women artists in New York City. At that time, it was very difficult for many women artists to have exhibitions or receive gallery representation. At A.I.R. women had the opportunity to show their work to the public while knowing they had the support of their peers. This gave them the chance to take risks with their work by exploring ideas and themes that likely would not be shown in a commercial gallery. We’ve created opportunities for women artists of all ages, backgrounds, and cultures. We seek to be inclusive and are working on creating more programming opportunities for women minority artists as well.

Today A.I.R. is the oldest all female cooperative gallery in the US and has continued to advocate for women in the arts. Although more women show work than before, it is still a male-dominated art world (solo shows, auctions, the value placed on their work). It’s not only difficult to get a solo show as a female artist, but even studio spaces are hard to come by. We’re here to support all self-identified female artists.

AI: What is A.I.R.'s role in helping to promote and encourage women and feminist artists?

JF: A.I.R. Gallery is a thriving place for women in the arts. It shows the importance to have a women’s gallery where women have the support of each other, their work, and share work and ideas. It’s really a collective of women who have the opportunity to use A.I.R. as a non-commercial gallery to pursue their own visions. It’s allowed artists over time to do the work that they want to do without feeling any commercial pressure to do one thing or the other. Sometimes one small change is enormous for an artist and this is extremely useful for them. The artists exhibiting also have control over the installation of their work, what work they want to show and they receive a higher commission than a commercial gallery would give. 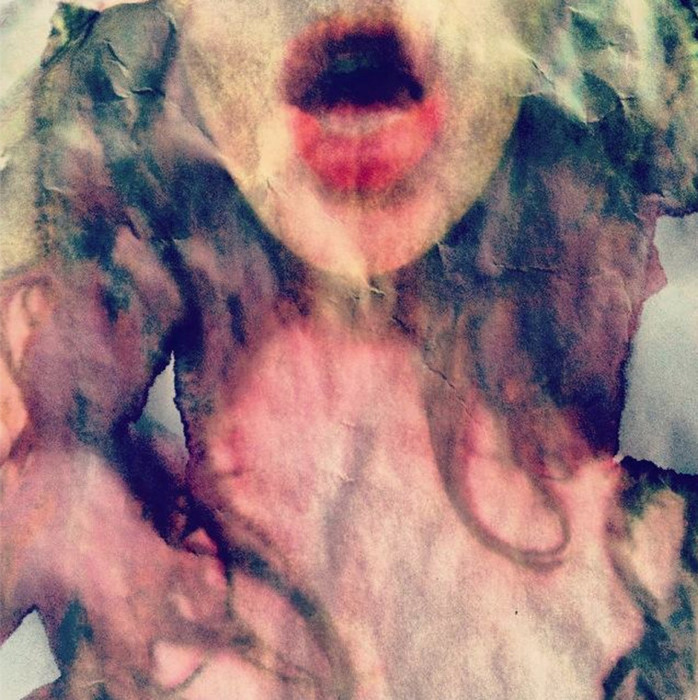 AI: What are some current initiatives the gallery is involved in?

JF: A.I.R. gives six underrepresented or emerging artists a one-year membership including a solo exhibition through our Fellowship Program. Artists awarded the fellowship receive a solo exhibition sponsored in full by the gallery, development workshops with arts professionals, a one-on-one studio visit with one of the panelists, and an A.I.R. New York Artist as a mentor to work with throughout their time at the gallery. This is open to any self-identified female artist who has not had a solo show in a commercial gallery over the past 10 years in New York City. The application is free and artists can be of any age to apply. This gives mothers who have children, or artists who have full time jobs the opportunity to learn about the New York Art scene, take risks in what they choose to show, and join the A.I.R. community.

We are also working on a Legacy Program. There are many artists that have been a part of A.I.R. who are no longer with us or can no longer take care of their work. It’s very important for us to keep their legacy alive. Therefore we are in the process of creating a page on our website which gives documentation about each A.I.R. founder or pioneer including information on where you can find their work now and their years of membership at the gallery. Eventually we plan to do this for many artists!

AI: Could you talk more about the Legacy Project?

JF: The legacy project was an idea that started with one of our founding members, Daria Dorosh. Over the last year, we have compiled research on each artist at New York University Fales Library (where our archives are held), collected photographs of them and their work, and have been in touch with family or their estate. When completed, we plan to have a legacy section on our website noting all of A.I.R.’s founders and pioneers. Each artist will have information about them including their participation in A.I.R., their importance in the art world, where to find their work now, and their accomplishments after being at the gallery. This is a project that could grow to the inclusion of other notable self-identified female artists outside of the A.I.R. community, keeping their history alive.

AI: What makes A.I.R. unique from other gallery spaces?

JF: The 22 New York Artists serve as the Board of Directors and contribute to the financial support of the organization through membership dues. They also have control over decisions on policy, exhibitions, and more at A.I.R. by a voting process. Each New York Artist receives a solo exhibition in Gallery I every 2.5–3 years, a summer group show, and off-site exhibition opportunities or fairs. 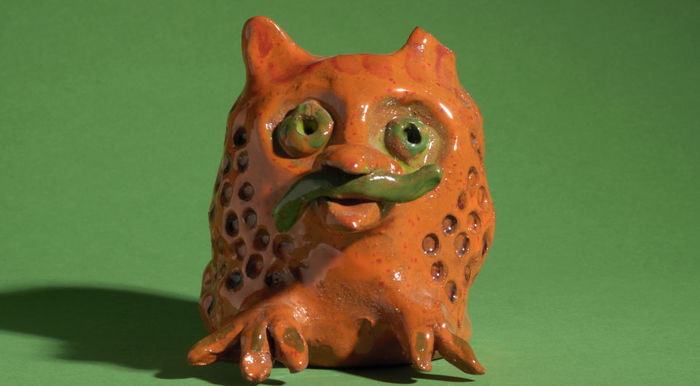 AI: Can you tell me about your mos recent exhibition cycle?

JF:  Currently the exhibitions we have up are by our A.I.R. artists Erica Stoller (Gallery I), Esther Naor (Gallery II), and Sylvia Netzer (Gallery III). All three artists have very different work yet have a similar color palette. The shows look great together!

Erica Stoller works with unexpected materials such as hula hoops, cable ties, and insulation. In Gravity Feed her work will be changing numerous times throughout the four weeks. Parts will be disassembled and/or moved around in the space. It’s intriguing to me when the work has been changed slightly because I notice parts of the work that I hadn’t before.

Esther Naor’s work are photographs of her mother’s collection of small objects placed on a colorful background. She places these objects in front of a solid vibrant color. Some of them are triptychs but they’re hard to spot since they’re not next to one another. Sylvia Netzer’s exhibition Rattles is small ceramic sculptures that are playful. You can pick them up and they are actually rattles that make noise. Each of them have a name which you can find on the bottom of each piece: Merlin, Suki, and Lefty, to name a few.

AI: How has your experience as a female painter affected the way you approach your job as Associate Director?

JF: Having an understanding of where the artist comes from is very helpful for my position at A.I.R. As a female painter, I understand how stressful it may be to get your work out there, and when you have the chance to be in an exhibition, it's very important to make your vision seen.

Having the artistic background paired with the logistics and operations of A.I.R. is a way that I can have an understanding of what the artist is looking for when planning their exhibition. Not every artist is the same either; they have their own wants and needs, and their idea of how they would like to see their show, which a commercial gallery doesn't have. I'm able to relate to them in that way and make them feel that they have the support they need.

AI: What are some of the biggest challenges you have faced as a female artist?

JF: I find myself not wanting to give myself enough credit, as do many female artists. Whether it has to do with pricing work, asking for studio visits, etc. However, being a part of A.I.R. is a constant reminder that women are just as good as men and can have the confidence in asking for what they want and that they can do anything they put their mind to.

Flipping the Gaze: How Do Women Artists Look at Men? Group Exhibition
8/15/16

Mourning As Political Act: Women Artists from Turkey Seek What's Hidden in Loss Group Exhibition
4/12/16
COMMENTS (0)
ArtSlant has shutdown. The website is currently running in a view-only mode to allow archiving of the content.