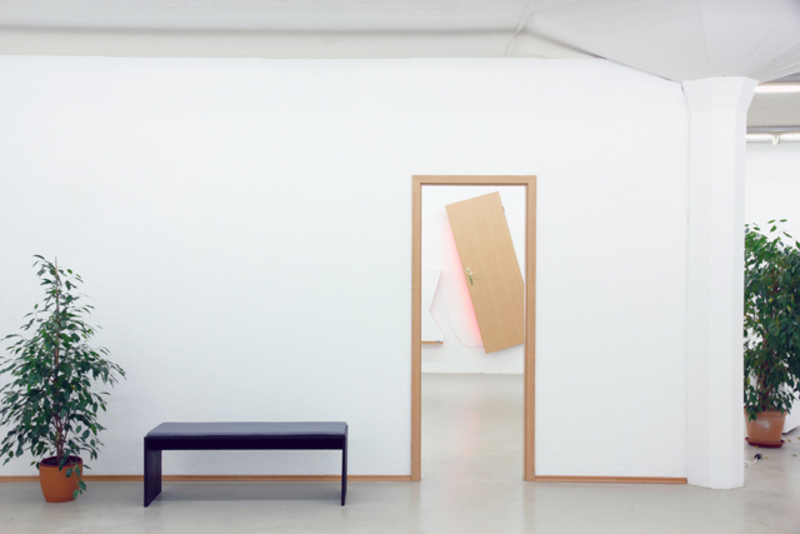 Like other industries, the art world should come under the scrutiny of fair and equitable business practices. With so much privatization in the gallery and museum world, it's as good a time as any for consumers of culture to question where funds come from—and where profits are going. We've been seeking out the best not-for-profit and community conscious art spaces in the most commercial cities on the global art circuit. As part of our mission to give art a social slant, the latest stop in our series exploring these venues is Zurich. Check out our non-profit guides to spaces in Los Angeles, New York City, San Francisco, London, Berlin, Miami, and the UAE.

Zurich, Switzerland, is known for finance, a manicured old town, and breathtaking lakeside views. But underneath the polished image of a rich and flourishing city—reinforced by 2016’s concomitant citywide art events set to attract innumerable tourists and generous public and private funds, namely Manifesta 11 and the 100-year-anniversary celebration of Dada—the reality of Zurich’s independent art spaces is not quite as rosy.

Called off-spaces locally, the city’s more than 30 independent initiatives form a rich constellation of projects that offer an alternative voice and perspective to that of the commercial and established institutions. But what constitutes an independent space is something quite subjective and varies from initiative to initiative. These off-spaces are extremely heterogeneous and often combine commercial strategies with non-commercial ones, making it rather difficult to distinguish between unsuccessful commercial undertakings and successful non-commercial ones.

In Switzerland non-profits are not regulated by law as in the United States, which created the non-profit tax code (501c3) exempting these types of organizations from paying taxes on all mission-specific revenue-generating activities, but not necessarily on art sales, and mandating that all profit be invested back into operations. In the canton of Zurich, all enterprise—whether that’s a self-employed individual or a commercial or non-commercial entity—pays taxes on annual revenue of 100,00fr or more, which for off-spaces also includes public and private grants. This system levels out the playing field but also eliminates clear lines between categories and modes of subsistence, and ignores the specific needs of independent non-commercial initiatives. Many off-spaces sometimes sell artwork and take a commission between 10–30 percent, often creating a conflict with the parent gallery, some of which, being smaller, are also struggling financially themselves.

The exaggeratedly high rent prices in Zurich and limited public funding to cover all the spaces results in a rather precarious situation for most, especially those whose mission is to not produce and sell objects, but rather to engage in much more experimental and ephemeral forms of knowledge-creation and sharing. Therefore, many of these initiatives last only a short while then must close due to lack of support, from both funding sources and even dwindling audiences.

I have chosen to highlight a few spaces that also engage in more traditional exhibition-making practices, not only archival, event-based or ephemeral presentations. These spaces represent the diversity of platforms in the off-space community. Each defines the goals of off-spaces differently and positions itself and its work in Zurich according to their version of cultural production. 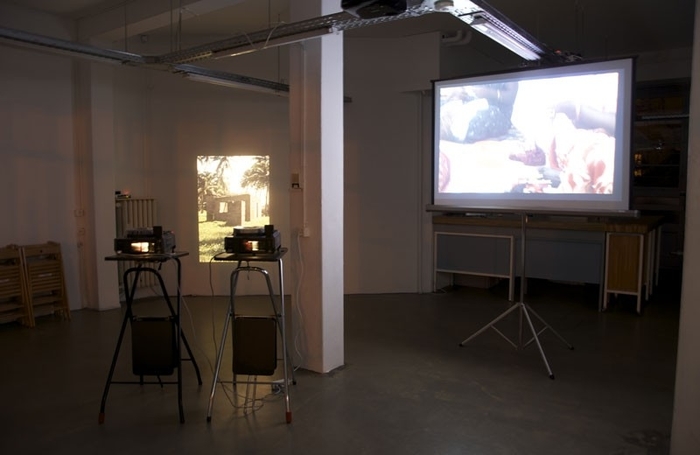 “Corner College, founded in 2008, was intended to set up a different discourse in a highly institutionalized art scene in Switzerland. Self-organized art spaces therefore very often act as stimulus or anti-hierarchic vessels to establish other politics in art,” explains Stefan Wagner, one of the five co-founders who joined Corner College in 2009 and who has managed the operation single-handedly starting in 2013. (Full disclosure: I curated an exhibition at this space with the support of Stefan Wagner in 2014). In 2015, Corner College was taken over by a new team that includes Alan Roth, Dimitrina Sevova, and artist Amelie Brisson-Darveau. They have retained the original vision of Corner College as “a space for activities between art and quasi-academic educational approaches with an openness for Zurich’s artistic, activist, and intellectual communities,” and have developed new programs such as “Home of the Brave,” a series of experimental presentations on art and society, but have also focused their attention on theme-based art exhibitions, in contrast to the more non-object oriented presentations that were the modus operandi of the previous administration.

Corner College functions as a hybrid between collective and democratic practices.  According to Sevova, an off-space is one that is in a constant search for new forms; it is always reinventing itself. At Corner College there is no commercial activity and the artwork shown is not sold. Therefore the space depends exclusively on grants from the city and canton, as well as some private foundations. This year those grants did not even cover the cost of the annual rent. Despite this, for certain events, artist fees and modest production budgets have been covered. 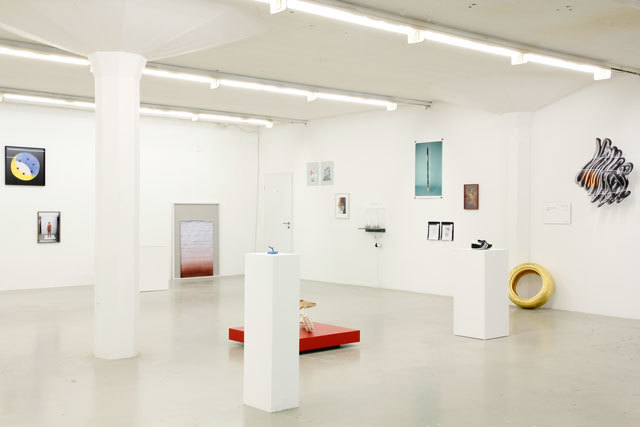 Dienstgebäude also opened in 2008 in a space on Langstrasse, a few streets away from Perla Mode (one of the first independent spaces in Zurich which continued its activity until 2014 when the building was torn down to build new apartments). Initially Dienstgebäude, so named after its location in a service building belonging to the railway system, started as a four-person exhibition that then continued to operate under the direction of Andreas Marti, one of the original participants, as an independent exhibition venue for local and national artists in group or solo shows, and sometimes collaborate with outside curators (full disclosure, I have also curated a show at this space). Dienstgebäude focuses on exhibiting contemporary art practices (of older generation artists as well as younger ones) and generates its revenue from sales of artworks, private and public grants, as well as sales of food and drink at openings, a practice that is quite wide-spread in Switzerland.

Since it moved from its original location in 2011 to a more open and white cube-like space, its exhibitions have also garnered more attention and now it is one of the only spaces in Zurich that hosts art exhibitions in a Kunsthalle-like setting. However, as opposed to a Kunsthalle, it does not offer production nor exhibition budgets. “Dienstgebäude is an artist-run space. I do not represent any artists and do not have a program as commercial galleries do,” clarifies Andreas. In its search for new modes of connecting to an international audience and new revenue streams, in the last two years Dienstgebäude has started participating in international fairs focused on independent spaces including Supermarket and Art Athina. 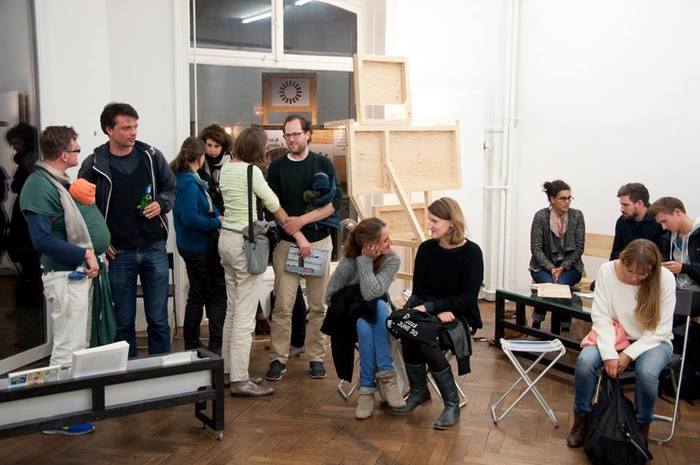 Reunion is a completely different model of off-space that puts the emphasis on the physical location itself and not on a coherent activity. It was founded in 2013 after the close of a commercial gallery in the same space whose former employees and other friends wanted to continue. Reunion is the name of that particular space, made of a group of five projects that function entirely autonomously and simply space-share.

Reunion does not seek out funds as an umbrella organization, but rather allows each one to fund its own program separately. In this shared space is Le Foyer, founded by Anna Francke and Gioia Dal Molin. It focuses on presenting conversations between artists, philosophers, and other cultural thinkers, as well as funding the production of small research-based art exhibitions, and covers guest fees. Wagner and friends, Andreas Wagner’s project, makes experimental exhibitions whenever there are enough funds and energy; Andrea Staudacher is an artist who focuses her practice on food of the future and organizes food-themed events on an irregular basis; Tanzhaus Zurich uses the space as an additional location for more intimate programming; and Bühler/Wädi is a curatorial duo that also creates exhibitions on an irregular basis. 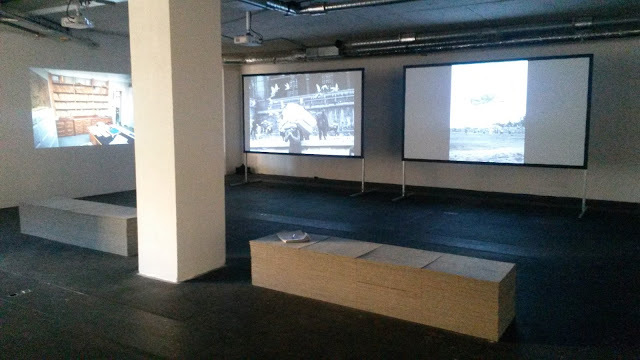 Counter Space is a newer exhibition venue started in 2013 by duo Tashi Brauen and Angelo Romano, soon joined by Linda Jensen. It “aims to present the use of temporary and process-like methods in artistic work. It provides artists with an experimental platform for tentative forms, sketchy actions and ambiguous statements.” The exhibition projects undertaken by the volunteer trio are developed collaboratively with artists as works in progress and their production is funded by Counter Space, which relies on funding from the canton, the city, some private funders, and individual donors, as well as art sales. They take a 30 percent commission on artwork sold.

When I asked the representatives of each of the spaces mentioned what the difference is between an off-space and a not very commercially successful small gallery, the answer differed with the vision each had of their activity. Some focused on the lack of artist representation in the off-space; others on the exclusively non-commercial pursuit of the activity; while others highlighted the experimental nature of the work shown.

The lack of guidelines governing the nature and financial models of independent spaces, apart from the idea of self-management, offers more flexibility in establishing and carrying out activities, but in some cases also opens the door for instability and conflicts of interest. There is still work to be done to make Zurich’s off-spaces sustainable in the long-run as a representation of democratic and pluralistic values. In order to encourage the proliferation of this important cultural activity that contributes so much to the quality of life in Zurich – and makes it a more interesting and diverse place to live in – the government has a responsibility to support their development through promoting adequate tax codes and funding allocated for general operations and not only special projects; offering affordable spaces; and developing policies that protect off-spaces’ non-commercial activities. In turn, the spaces that receive public funding have a responsibility to offer programming that is accessible to more than just an exclusive audience, and is not to be confused with commercial activity.

The Best Non-Profit Art Spaces in Miami
11/30/15
COMMENTS (1)
Kunstgrill
Great article Olga! You still need to make it to Kunstgrill though!
Comment by: Mark Staff Brandl on Thursday 01/07/16 at 5:44 AM
ArtSlant has shutdown. The website is currently running in a view-only mode to allow archiving of the content.